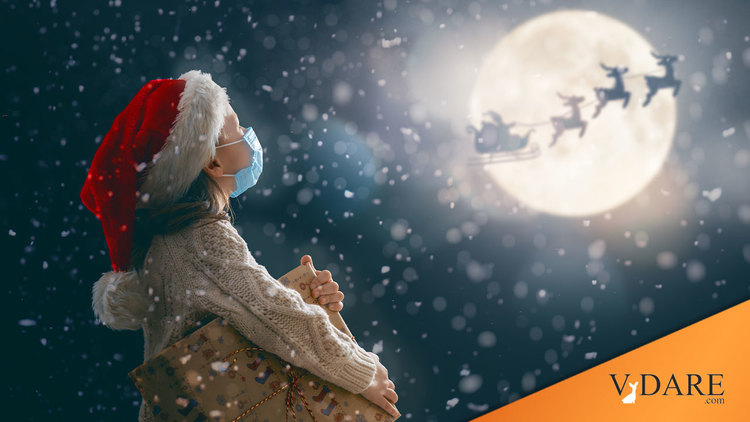 Here we are on the eve of Christmas, that day of joy set aside for celebrating the birth of Christ who came down to earth 2,000 years ago to show mankind the way to eternal salvation.

Yet, the present mood of America at Christmas 2021 seems better captured by Jimmy Carter in his "malaise speech" in July of 1979, several days before he cashiered half of his Cabinet.

"The threat" to America, said Carter, "is a crisis of confidence. It is a crisis that strikes at the very heart and soul and spirit of our national will. We can see this crisis in the growing doubt about the meaning of our own lives and in the loss of a unity of purpose for our nation."

Carter's speech, reflecting the mood of the nation, was initially well received. But when his dirge became contrasted with the optimism about America of Ronald Reagan, Carter was sent packing. He lost 44 states.

The malaise speech came to mind while perusing the latest polls about how Americans feel about the institutions and the individuals who are directing the course of the world's greatest democratic republic.

Of President Joe Biden's performance, the Economist, Politico and Rasmussen are all posting approval ratings, not yet a year into Biden's term, that have sunk to 43 and 42%.

While nearly half of Americans approved of the job the Supreme Court was doing last July, Gallup finds that that figure has now plunged to an all-time low for the high court of 40%.

How many Americans approve of the job Congress is doing?

One in seven Americans, 14%. Two out of every three Americans, 63%, disapprove of Congress's performance, a 49-point gap.

Is America on the "right track" under the new administration?

According to the Economist and Politico polls, 63% of the nation answers, "No." In the Economist poll, only one in four Americans, 26%, said their country was on the right track.

How long can a democracy endure if it continues to generate such sweeping rejection from the people in whose name it purports to act?

How long before the American people, who consistently show a lack of confidence in the popular branch of government and in the course in which it is steering the nation, begin to lose confidence in the democratic system itself?

If democracy is continuously perceived as failing, can it survive?

Clearly, among the reasons for our present division and national malaise is that we have lost the great animating cause earlier generations had: the Cold War.

George H.W. Bush's "New World Order" excited only the elites. George W. Bush's crusade for democracy did not survive the Afghan and Iraq forever wars he launched in its name.

Woodrow Wilson, in his campaign for president, declared:

"America was born a Christian nation. America was born to exemplify that devotion to the tenets of righteousness which are derived from the revelations of Holy Scripture."

Harry Truman wrote to Pope Pius XII in 1947, "This is a Christian nation." He did not mean we had an official religion or established church. He meant what he said to a conference of attorneys general in 1950:

"The fundamental basis of this nation's law was given to Moses on the Mount. The fundamental basis of our Bill of Rights comes from the teachings which we get from Exodus and St. Matthew, from Isaiah and St. Paul. ... If we don't have the proper fundamental moral background, we will finally wind up with a totalitarian government which does not believe in rights for anybody except the State."

"We hold these truths to be self-evident, that all men are created equal, that they are endowed by their Creator with certain unalienable Rights, that among these are Life, Liberty and the pursuit of Happiness.—That to secure these rights, Governments are instituted among Men."

And is the loss of faith in both reversible—or inexorable?