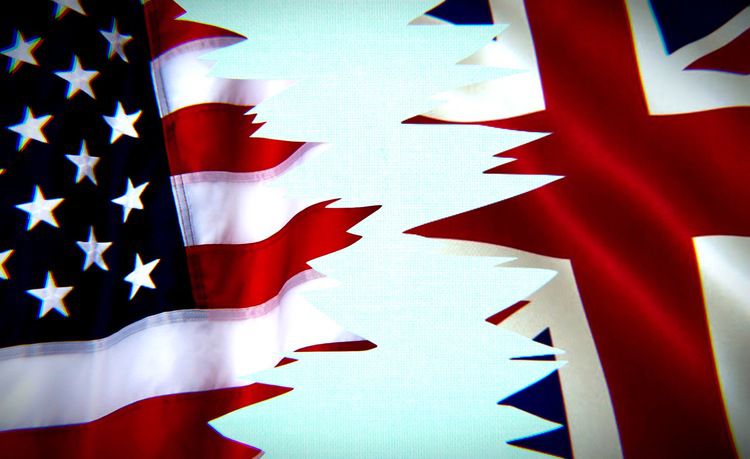 When Sir Kim Darroch's secret cable to London was leaked to the Daily Mail, wherein he called the Trump administration "dysfunctional ... unpredictable ... faction-riven ... diplomatically clumsy and inept," the odds on his survival as U.K. ambassador plummeted.

When President Donald Trump's tweeted retort called Darroch "wacky," a "stupid guy" and "pompous fool" who had been "foisted on the US," the countdown to the end began.

The fatal blow came when, in a debate with his rival for prime minister, Boris Johnson, who will likely replace Theresa May before the end of July, left Darroch twisting in the wind.

All in all, a bad week for the British Foreign Office when one of its principle diplomats is virtually declared persona non grata in country that is Great Britain's foremost ally. All the goodwill from Trump's state visit in June was torched in 72 hours.

Still, Darroch's departure is far from the most egregious or grave episode of a leaked missive in U.S. diplomatic history.

In December 1897, Spanish ambassador Enrique Dupuy de Lome sent a letter to a friend in Cuba describing President William McKinley as "weak and catering to the rabble ... a low politician who desires ... to stand well with the jingos of his party."

The De Lome letter fell into the hands of Cuban rebels who ensured that it was leaked to the U.S. Secretary of State. New York Journal owner William Randolph Hearst published the letter, Feb. 9, 1898, under the flaming headline: "Worst Insult to the United States in Its History."

Americans were outraged, McKinley demanded an apology, the Spanish ambassador resigned. Coming six days before the battleship USS Maine blew up in Havana harbor, the De Lome letter helped to push America into a war with Spain that McKinley had not wanted.

On March 1, 1917, U.S. headlines erupted with news of a secret cable from German Foreign Minister Arthur Zimmermann to his minister in Mexico City. The minister was instructed to offer Mexico a return of "lost territories in Texas, New Mexico and Arizona," should war break out with the United States and Mexico enter the war on the side of Germany.

British intelligence had intercepted the "Zimmermann telegram" and helpfully made it public. Americans were enraged. Six weeks later, we were at war with the Kaiser's Germany.

Sir Kim's cable, which caused his resignation, was not of that caliber. Yet the "special relationship" between the United States and Great Britain is no longer what it was during the 20th century.

Back in the 19th century, there was no special relationship, but almost a special hostility. The U.S. declared war on Great Britain in 1812, and the British arrived in 1814 to burn down the Capitol and the White House and all the major public buildings in the city.

During the war of 1861-1865, the British tilted to the Confederacy and built the legendary raider CSS Alabama that wrought devastation on Union shipping before being sunk off Cherbourg in 1864.

We almost went to war with Britain in 1895, when Grover Cleveland and Secretary of State Richard Olney brashly intruded in a border dispute between British Guiana and Venezuela, and Lord Salisbury told us to butt out. "I rather hope that the fight will come soon," yelped Theodore Roosevelt.

Cooler heads prevailed and Britain's Arthur Balfour said the time would come when a statesman even greater than Monroe "will lay down the doctrine that between English-speaking peoples, war is impossible."

So it came to be in the 20th century.

In 1917 and 1941, America came to the rescue of a Britain which had declared war, first on the Kaiser's Germany, and then on Hitler's. During 45 years of the Cold War, America had no stronger or more reliable ally.

But the world has changed in the post-Cold War era, and even more for Britain than for the United States.

Among London's elites today, many see their future in the EU. U.S. trade with Britain is far less than U.S. trade with Canada, Mexico, China or Japan. Britain's economy is a diminished share of the world economy. The British Empire upon which the sun never set, holding a fifth of the world's territory and people, has been history for over half a century. The U.S. population is now five times that of Great Britain. And London is as much a Third World city as it is an English city.

Yet, in terms of language, culture, ethnicity, history, geography, America has no more natural ally across the sea. And the unfortunate circumstances of Sir Kim's departure do not cancel out that American interest.