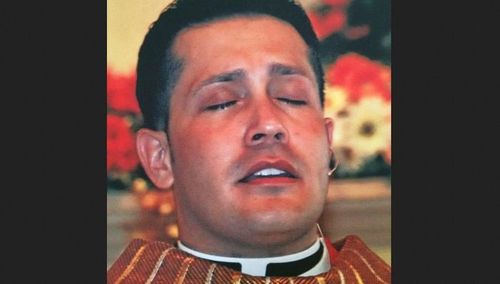 While Pope Francis preaches uncritical acceptance of foreign “migrants,” the Roman Catholic Church (of which I am a faithful member) harbors a foreign worker problem of its own: its priests.

Twice in less than six months, foreign priests from Latin America have come to public attention for violating their vows within the Archdiocese of Newark, New Jersey.

The Rev. Alex Orozco befriended the elderly women shortly after his assignment to St. Rose of Lima parish in Short Hills.

Orozco was a new priest, charming and kind and afire with enthusiasm.

And always, it seemed, willing to accept money, parishioners said.

For a car. For a big-screen TV. For a house in the Poconos. For another house in his native Colombia. For credit card bills. For a second car. For plane tickets. For furniture. For dental work.

From 2013 through the end of last year, Orozco allegedly took more than $250,000 in cash and goods from women in the wealthy parish after telling them hard-luck stories about the financial woes afflicting him, his family members and his friends.

The case is still under investigation. [Priest accused of taking $250K from 'grandmas' goes on leave of absence, lawyer says, By Mark Mueller, NJ.com, October 14, 2015 ]But the admitted facts are damning enough. Orozco, only months after ordination, landed in a very wealthy Essex County parish. He admits to accepting numerous personal gifts from lonely elderly women. “They wanted to embrace me,” Orozco said in explanation. According to statements by relatives, at least one victim and a fellow priest, he “groomed” the old gals with his attentions and charmed them into giving him cash and other things after he give them sob-stories. He even got the local Knights of Columbus to front him $5, 300 for an immigration lawyer. [Statement by Knights of Columbus Council 6386, PDF]

Apart from the sleaziness of this situation a cluster of questions present themselves around this case.

Not surprisingly, Orozco’s ministry has been suspended, but the archdiocese has taken no action of its own. Their spokesman, with the ironic name of Jim Goodness, [Email him] said that what Orozco did may not be a violation of Canon Law. Mark Mueller wrote, in the first story quoted above, that “Jim Goodness…declined comment on the investigation, calling it a personal matter for Orozco because it does not involve church finances.”

According to Mueller in a follow-up story, a fellow priest notified the archdiocesan authorities of Orozco’s questionable behavior three years before the prosecutor took action.

This priest spoke with Mueller on condition of anonymity. Doubtless the diocesan officials know who he is. It is rare for a priest to speak to the press on his own and points to the outrageousness of Orozco’s alleged conduct [Archdiocese officials knew priest was 'milking' people for money, clergyman says, By Mark Mueller, NJ.com, October 1, 2015].

The Church has come under a lot of criticism of late. And obviously, there are always a few bad apples. This is all the more reason for it to be extra careful about whom it ordains. This thought seems not to have occurred to the Bishop of the archdiocese of Newark. At least not in the case of Fr. Orozco, who in his native Colombia was a “Television actor, model, and salsa dancer in Bogota” before entering the priesthood.

The wheels will grind, and eventually justice, or its New Jersey equivalent, will be done.

But while writing this up I came across a similar case of misbehavin’ Latin priest that put that comforting thought in some doubt.

It seems that another South American Catholic priest is actually on the lam in connection with a pedophilia allegation going back twelve years. Rev. Manuel Gallo Espinosa’s 15-year-old male alleged victim had gone to Church officials, who took his claims seriously—and tipped off the priest that the paddy wagon might be on its way. Espinosa took the hint and apparently fled to his native Ecuador. After a few months, it became a cold case.

That is, until it transpired that having absconded to the land of the banana, the good Rev. couldn’t resist making a few bucks back in el Norte. According to the very same Mark Mueller of New Jersey Advance Media, Gallo Espinosa had a short second career teaching Spanish (what else?) in Prince George's County, Maryland. He apparently had no trouble getting a US visa in 2005. Accused rapists don’t make the watch list, it seems. [Where's 'Father Manuel'? Police hunting fugitive priest, teacher accused of raping N.J. teen, By Mark Mueller, July 30, 2015]

This is where the case gets curious. Espinosa has been in touch with the same paper that wrote his case up and is telling his story. According to Mueller:

In an extraordinary admission of wrongdoing, a priest sought by authorities in New Jersey has acknowledged engaging in a sexual encounter with a 15-year old boy, but he deflected blame by saying the teen “wanted it” and “evil in his mind.”

See the picture of Gallo-Espinosa and the visa he took out to return to the US, in spite of being wanted. 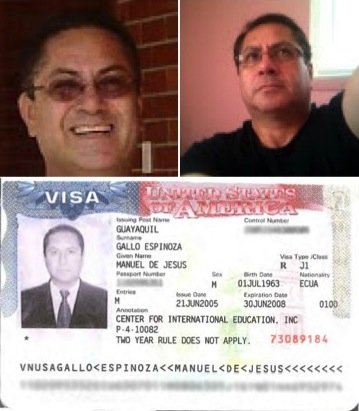 I encourage VDARE.com readers to read the whole thing, but here is a synopsis of Espinosa’s heartfelt confession of his demerits:

Espinosa’s lame and unreflective mea not so culpa displays all the cultural defects of Latin Americans, with little of the sagacity or humility one expects in a priest. It sounds like what you hear in Night Court. How could someone as blithely unserious to a great calling have made it into the priesthood?

NJ.com’s Mueller provides a hint. In his October 1 story about Colombian import Orozco, linked above, he wrote:

The archdiocese [of Newark] has among the highest rates of ordination in the country, in part because it aggressively recruits potential priests from South and Central America and from the Philippines, according to annual statistics compiled by the U.S. Conference of Catholic Bishops.“

It would seem a reckless desire to fill slots overrides concern for the sanctity of the priesthood or the safety of the congregants. The Church is outsourcing its priesthood rather like Disney outsourced its IT department.