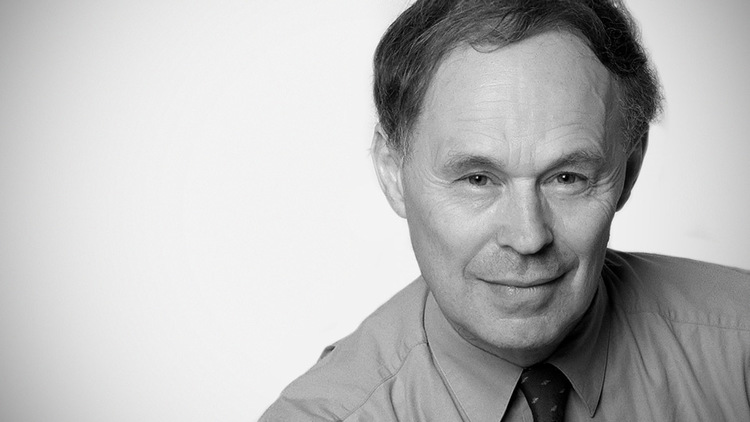 Nicholas Wade's Before The Dawn: A Milestone On Long Road Back From Race Denial

Last week, a reporter from another major newspaper called me to find out the inside story on this hot new idea that maybe—just maybe, and contrary to the higher conventional wisdom of recent years—race really does exist.

I strongly urged this journalist to make human biodiversity a specialty—because we need a second source in the mainstream press.

Nicholas Wade, genetics correspondent of the New York Times, has been doing an outstanding job. But if he gets hit by a bus tomorrow, the mass media will be back to the dark ages the next day.

Although he's not a scientist, Wade may be the single most invaluable figure in the human sciences today. Now he's written an important new book Before the Dawn: Recovering the Lost History of Our Ancestors

Through his competence, bravery—and, of course, having the Newspaper of Record as his outlet— has done more than anyone else has during this decade to break down barriers to the honest scientific discussion of humanity.

While most of the press is terrified of violating the canons of political correctness, Wade has calmly explained over and over in the pages of the New York Times that the genetic data that is now pouring in validates the study of race.

In contrast, just before Christmas, the Hap-Map team led by Robert Moyzis of UC Irvine released an even more important paper listing 1,800 genes, many of them related to cognition, that have similarly been diverging racially within the last 50,000 years. But Wade, who can't work 365 days of the year, didn't get a chance to cover it when it came out. So Moyzis's landmark study has largely been ignored.

Of course, even if, God forbid, something happened to Wade, you would still have VDARE.COM. I must modestly note that there's a remarkable degree of overlap between what Wade writes for the NYT and what I write for VDARE.COM on genetics, as I first pointed out back in 2003 in "A Couple of Wild-Eyed Wackos: Me and the New York Times."

It's been a curious experience to see myself denounced as a disreputable extremist for writing the same things that are appearing in the Science section of the New York Times.

Indeed, Wade's thinking has increasingly come under the influence of my good friend Gregory Cochran, the physicist turned genetic theorist (co-author of last year's famous theory that Ashkenazi Jewish hereditary diseases are side effects of a rapid increase in Jewish average IQ beginning in medieval times). In an "Ideas & Trends" NYT essay on March 12 on the The Twists and Turns of History, and of DNA, Wade pointed out:

"… a fresh look at history may be in order. Evolutionary changes in the genome could help explain cultural traits that last over many generations as societies adapted to different local pressures…

"'Some geneticists believe the variations they are seeing in the human genome are so recent that they may help explain historical processes.' Since it looks like there has been significant evolutionary change over historical time, we're going to have to rewrite every history book ever written,' said Gregory Cochran, a population geneticist at the University of Utah. 'The distribution of genes influencing relevant psychological traits must have been different in Rome than it is today,' he added. 'The past is not just another country but an entirely different kind of people.'"

Wade's new book, a thematic history of the ongoing evolution of humanity, Before the Dawn, reminds me that there are two kinds of people:

Among the former is Cambridge psychologist, Simon Baron-Cohen (who, in case you are wondering, is the cousin of British comedian Sacha Baron Cohen of Ali G fame). In his 2004 book The Essential Difference

, Baron-Cohen divides the human race into "systematizers" and "empathizers."

To help explain why autism is more common among males than females, Baron-Cohen theorizes that autism, and its less severe counterpart Asperger's Syndrome, represent pathologically extreme versions of the normal male cognitive tendency toward "understanding and building systems."

I don't know whether or not Baron-Cohen's distinction explains much about autism, but it's certainly more or less true for humans in general. As I'm sure you've noticed, classic systematizers like physicists and computer nerds are mostly male. Men are, on average, more interested in understanding the general rules that govern complex non-human systems.

In contrast, women tend to be more attuned to what makes the individuals around them tick. Thus, women tend to be better than men at matchmaking, planning parties, giving personal advice, and childcare. These are all tasks where empathizing with another's point-of-view and personality is more important than discerning large underlying patterns.

But I'd argue that there's also a third, hybrid category: "People Nerds." It includes Simon Baron-Cohen himself, Nicholas Wade, and me.

Like the empathizers, we People Nerds think there's nothing more interesting than human beings. But, like the systematizers, we're more interested in figuring out the big picture than in focusing on individual peccadilloes.

Wade's Before the Dawn, an account of the human race's evolution over the last 50,000 years, is shifted well toward the systematizing end of the spectrum. This is both a weakness and strength.

The book lacks most of the usual human interest filler that science writers normally shove in so your brain can coast for a while and rest up for the next bit of hard material. You know, the stuff like, "Dr. Roxanne Jones rubbed the gritty dust of the Olduvai Gorge from her cornflower blue eyes and stared in wonder at the fossil she had traveled 6,000 miles from a small town in Vermont to find."

Wade leaves out almost all of that padding, which allows him to cover a huge amount of ground in just 279 pages of text. His ratio of ideas to words, his power to weight ratio, is impressively high. But, in consequence, those are not a quick 279 pages. Before the Dawn is, instead, a book that rewards careful reading. Fortunately, the farther you go, the more momentum it develops as the wide-ranging power of the book's rigorous theoretical approach to human evolution becomes more familiar.

Even if you've read all of Wade's Times articles, Before the Dawn features much new material. Plus, it's helpful to see the old topics synthesized into one coherent whole.

One caveat: in the interest of brevity, Wade sometimes puts forward the latest scientific views with less ambivalence about their conclusiveness than may be wholly prudent.

For example, one long-running controversy is whether modern Europeans tend to be more descended from Europe's aboriginal Ice Age hunter-gatherers or from invading farmers from the Fertile Crescent in the Middle East. Wade states that the great majority of Europeans' ancestors were native hunter-gatherers (78 percent of male ancestors and 87 percent of female ancestors). This could well be true. But in the decade that I've followed this controversy, I've seen the state-of-the-art estimates yo-yo up and down. So I'd be a little more cautious.

On the other hand, it's clear that the farther northwest you go in Europe, the less impact Middle Eastern farmers would have had. So Wade is certainly correct that a very large fraction of the ancestors of the English have been in England for approaching 10,000 years.

Wade's 21-page chapter entitled "Race" could have been called "Crimethink" with equal accuracy. He writes:

"It is often assumed that evolution works too slowly for any significant change in human nature to have occurred with the last 10,000 or even 50,000 years. But this assumption is incorrect… "

And he fearlessly goes on to explain the unpopular implication:

"Because the human population was dispersed across different continents, between which distance and hostility allowed little gene flow, the people on each continent followed independent evolutionary paths. It was these independent trajectories that led over the generations to the emergence of a variety of human races."

Wade then offers heresies about the biological reality of race, the validity of traditional definitions of continental-scale races, the surprisingly low rate of racial mixing during American history, the benefits of race-specific medicines, the remarkable racial disparities in Olympic running results, and the dubiousness of Jared Diamond's politically pious bestseller Guns, Germs, and Steel.

These are all concepts you'll be familiar with from VDARE.com articles. But they will come as shocking news to much of the rest of intellectually oriented public!

The publication of Before the Dawn is thus a milestone on the long post-World War II road back from the politically correct dogma that the evolution of humanity magically ground to a halt the instant the human race began to spread out across the globe from Africa 50,000 years ago—what we've called "Race Denial." And there's more to come. The scientific evidence for racial differentiation that's in the pipeline right now will be even more convincing.

Yet the appearance of Before the Dawn hardly means the battle is won. Race Denial is supported by powerful forces in contemporary culture. The coming clash will be epic.