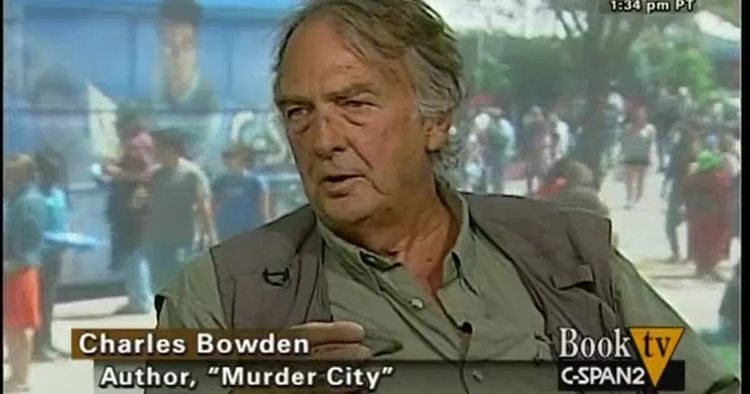 Needed: An "Iron Wall Of Bayonets" Between Mexico And the U.S.

is an effort to make sense of Mexico's downward spiral into a blood-drenched failed state. The breakdown of Mexican society is shown through the microcosm of Ciudad Juarez, the city right across the border from El Paso, Texas. In 2008, the year covered by Murder City, no less than 1607 people were murdered in Juarez (official population of 1.3 million). 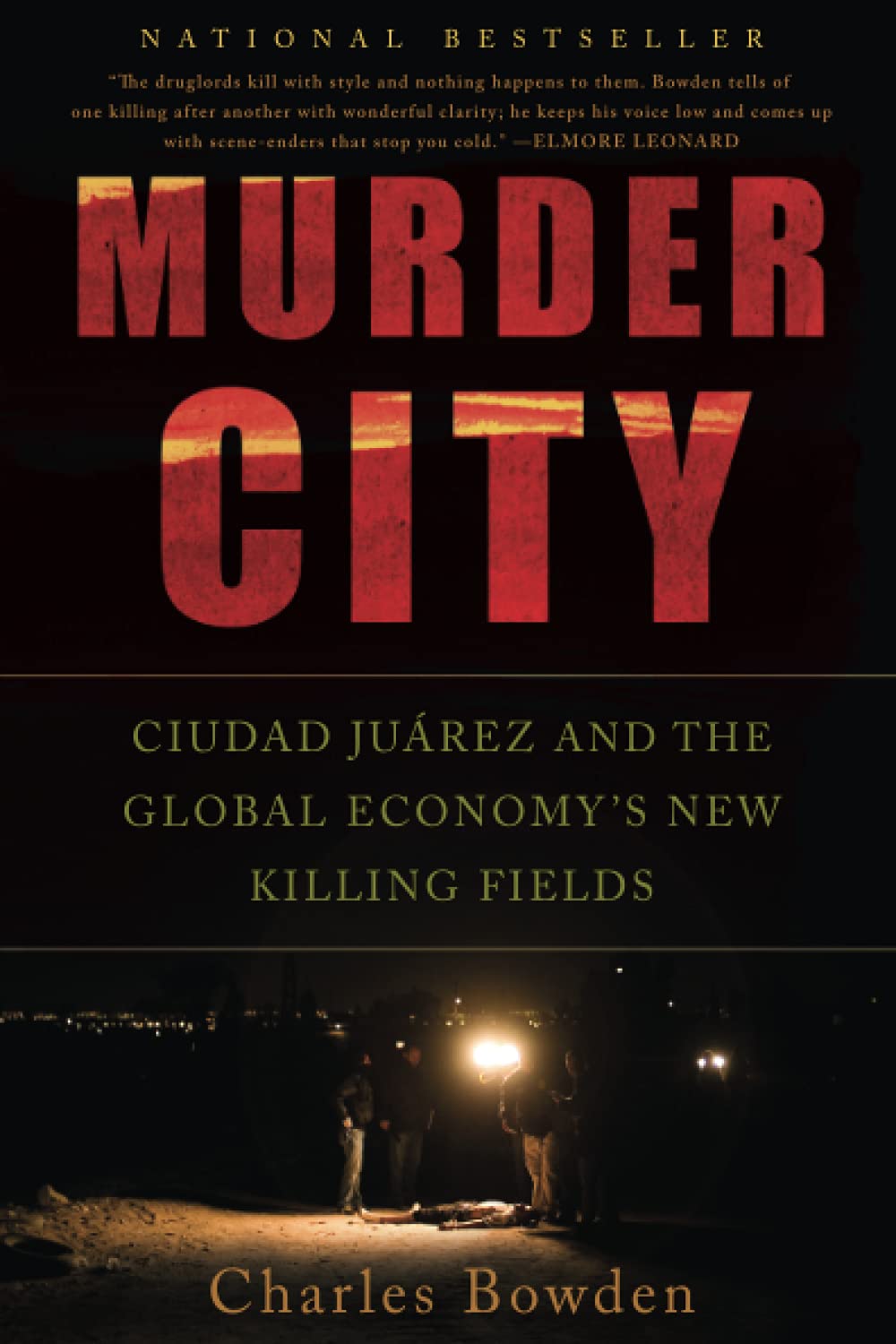 Bowden's book is full of powerful and disturbing images. The author provides an excellent feel for what it is like to live in Juarez during the current murder wave. The lawlessness of Mexican society is also well described with a barely subdued rage in passages such as this one:

"You can take a woman and rape her for days and nothing will happen. If you choose, if in some way that woman displeases you, well, you can kill her after raping her. Rest assured, nothing will happen to you because of your actions."

In Juarez, accused wife-beaters and rapists are let off and offered "therapy"—if they are even apprehended.

When you read Murder City you can hear the screams of the executed victims, watch as another mass grave is uncovered and the never-identified corpses are quickly taken away by the Mexican army, and ride shotgun with a sicario—a professional contract killer—as he riddles a target's car with bullets.

The book's most powerful scene: the August 13, 2008 drug rehab clinic massacre in Juarez in which eight patients were killed by "armed commandos". Mexican army soldiers were parked right outside the clinic, but took off once the shooting started. After the massacre, ambulances refused to come to take the wounded and the police cordoned off the area, but declined to enter the scene of the crime.

Bowden describes a makeshift memorial in the clinic:

"I found this glitter in a room with flies buzzing off the fresh blood on the floor and the walls. A candle glittered in the corner by a crucifix. The bodies had been taken out, the machine gun fire had died. There was nothing left but the flies and the flame".

Bowden blames the Fox-Calderon administrations for mounting an offensive against the cartels thereby provoking the current turmoil. He flatly accuses Mexican police (municipal, state, and federal) of being in the pay of the drug traffickers and not doing anything to prevent the violence. He tells the story of a kidnapped traffic cop who escaped his captors and crawled into a bakery seeking help—but when the owner wanted to call the Juarez police, begged him not to and later fled the city. After municipal police officers began to be executed, the police announced that they would not be responding to calls anymore, but would stay in their stations. The ineptitude of Juarez's cops is illustrated by the fact that they posted up ads in payphones to help them find a kidnapped colleague.

State and federal police are no better, according to the author. One of the main subjects of the book is a former sicario turned "born-again Christian" who kidnapped and murdered his victims while working as a Chihuahua state policeman. Ironically, the hitman was officially part of the state police's anti-kidnapping unit. As for the federal police, in April 2008, four federal policemen were arrested in Juarez for "public drunkenness, causing a scandal, molesting a woman and assaulting [other federal police] agents".

The Mexican army is no less corrupt. When the army entered Juarez in force in early 2008, one of its first acts was to detain and sexually assault a municipal policewoman. Also, the dreaded Zetas – a paramilitary drug trafficking organization—were founded by Mexican army commandos and became a murderously efficient private army. Bowden reports it was originally meant to be a "new, pure force to fight drugs" and was trained by the U.S. government, but it quickly went rogue and "joined the Gulf cartel".

Overall, according to the author, "over a hundred thousand troops fled the army and joined criminal organizations in the first decade of the new century".

Bowden shows the Mexican government's response to the violence to be laughably inadequate. After the commander of a special police unit was murdered, "… Juarez officials decide to address the problem of crime. They launch a campaign against jaywalking in the city". The fact that Mexico is broken down beyond repair is illustrated by the striking fact that Juarez's mayor, the publisher of its daily newspaper, and other prominent citizens live across the border in El Paso.

The atmosphere in Juarez is filled with fear that rivals the worst days of Stalinism. Cops are afraid to leave their precincts, shooting survivors are finished off in the hospital in full view of the staff, and journalists do not identify murder victims for fear of reprisal.

Unfortunately, Murder City lacks any meaningful analysis of the socio-political situation in Juarez and its effect on the United States. Bowden provides no historical background and barely analyzes the causes of the violence. There are scattered interesting observations—Mexican soldiers "are short and dark" while "[t]he officers have lighter skin that loses pigment steadily as the rank gets higher until there is the rarified air of the generals who look like Europeans dropped in some colonial outpost". However, that is all we ever get about the ethno-racial composition of Mexican society.

Bowden comes across as a strident critic of NAFTA (he accuses it of "bust[ing] unions and steal[ing] American jobs"). But does not develop his argument beyond a few sentences such: "What Americans got in return were cheap prices at Wal-Mart, lower wages at home, and an explosion of illegal immigration into the United States."

Bowden does not address the issue of immigration to the U.S directly. However, everyone he spoke to who lived in America as an illegal alien was engaged in some form of criminal activity and was in jail. This, as well as the fact that so many subjects of Murder City heavy drinkers and cocaine users explodes the myth of the pious, hardworking  Mexican immigrant who is in America to do jobs those lazy Americans will not.

Overall, the book's narrative is very disorganized and hard to follow. We might read about an incident in the beginning of the book, only to be reminded of it in the middle, and have it described again in the end of the book. The prose has an annoyingly dream-like quality that does not fit well for a non-fiction book. Further, Bowden injects too many personal reminiscences and feelings. Murder City would be better as a magazine article or a travelogue, not as a current affairs book.

However, for all the weaknesses of Murder City, it serves as a warning to Americans about what is happening just over the border—and what kind of society we will have if unchecked immigration from Mexico is allowed to continue.

Already, the violence of Juarez is spreading to this country. Phoenix, previously a favored destination for young Northeastern professionals and a jewel of the Sun Belt has become the "kidnapping capital" of the United States.

In El Paso, Carlos Spector was the immigration lawyer for Emilio Gutierrez Soto, a Juarez journalist who wrote articles about Mexican soldiers robbing civilians in Chihuahua and fled Juarez for El Paso after receiving death threats from a Mexican army general. In El Paso, on American soil, Spector has been followed and menaced by Mexican army officers. Similarly, the unnamed former sicario that Bowden interviewed is now on the run in America from his former employers—but feels just as unsafe as in Juarez.

The kidnappings, torture, executions, and police corruption will be daily features of the American Southwest if measures are not quickly taken to stem the deluge of illegal aliens. If it continues, within a decade, parts of America will be just as lawless and violent as Ciudad Juarez.

What we need is an "iron wall of bayonets"—to adapt Vladimir Jabotinsky's term—between us and the failed state of Mexico.

And if immigration enthusiasts think that is "inhumane" or "discriminatory", they should visit Ciudad Juarez and see what the alternative is.

Eugene Girin [email him] immigrated legally from the Republic of Moldova in 1994 at the age of 10. He has been published by VDARE.COM, Front Page Magazine, and currently writes at Alternative Right.