Michelle Malkin: Why A Biden Crony Wanted To Punch Me

When you're catching flak, you're over the target. When you're triggering threats of violence from the Biden crime family, you know you've hit the bull's-eye. 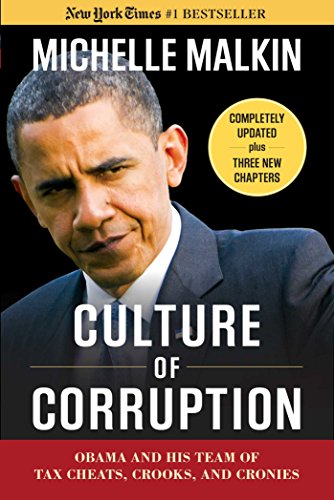 As the entrenched Obama-Biden syndicate that I chronicled in my 2009 book, Culture of Corruption, officially returns to power in Washington, D.C., this week, it's worth calling attention to a telling little message from Hunter Biden's top business partner about yours truly. The Feb. 15, 2011 email was one of thousands stored on the abandoned laptop of Joe Biden's scandal-plagued son.

Heres' the backdrop: Over the past decade, I have reported extensively on Joe Biden's lifelong milking of his entrenched swamp career for the benefit of his family—including his promotion of government-subsidized Amtrak rail boondoggles. During his tenure as vice president in the Obama administration, Biden fronted a $53 billion high-speed train initiative. He installed friends and family inside the agency while eliminating longtime fiscal watchdogs looking out for taxpayers.

In 2009, I spotlighted how veteran Amtrak inspector general Fred Weiderhold was abruptly "retired"—just as the government-subsidized rail service faced mounting complaints about its meddling in financial audits and probes. Weiderhold had blown the whistle on overzealous intrusion by the agency's Law Department into his investigations of $1.3 billion in rail stimulus money and exposed how Amtrak's legal counsel had usurped the watchdog's $5 million portion of federal stimulus dollars to hamstring his probes.

Weiderhold discovered that the federal rail bureaucracy was retaining outside law firms beyond the independent watchdog's reach and obstructing subpoenas issued to an outside financial adviser. A 2010 report by GOP Sen. Chuck Grassley and Rep. Darrell Issa concluded that the Amtrak board improperly removed the agency inspector general without required prior notice to Congress.

Who ousted Weiderhold? Still can't say for sure, but I noted at the time that Biden's lobbyist son, Hunter, was sitting on the Amtrak board of directors when Weiderhold was pushed out. Hunter raked in tens of thousands of dollars for showing up to Amtrak meetings. Eleanor Acheson, super-attorney and friend of Joe, was Amtrak's vice president and general counsel. She oversaw the very Law Department accused of interfering repeatedly with the taxpayer advocates in the inspector general's office. Acheson had also hired Biden's former Senate staffer Jonathan Meyer as her deputy general counsel. Meyer called it a "happy coincidence."

Hunter's business partner, Eric Schwerin, wasn't happy about my reporting on these matters in my syndicated columns and on my blog. In 2011, Schwerin was president of Hunter's investment company, Rosemont Seneca. He wrote to Hunter with the subject headline, "M. Malkin," on Feb. 15, 2011, at 9:37 p.m.:

"Just read the blog post. Does anyone push back against her directly when she says you are a 'lobbyist' and are currently on the Amtrak board? I am sure it would be far worse to antagonize her, but it drives me crazy. I want to punch her in the face."

Quid Pro Joe and his minions have long chafed at accusations that they have profited mightily from their nepotistic enterprises. But who knew it inspired such fantasies of misogynistic violence? If Schwerin's name sounds vaguely familiar, then you've been paying attention:

Sifting through a raft of similar messages, Monroe concluded: "It's through that we can see that Hunter Biden made a six-figure sum from leveraging his existing relationship with Amtrak, if not more. The door is open for authorities to audit Amtrak and investigate the full extent of taxpayer dollars that Hunter pilfered through his work" [Hunter Biden’s Amtrak Grift, Nick Monroe's Writing Portfolio, December 24, 2020].

Don't get your hopes up. The sycophants of the Fourth Estate and the operatives of the "deep state" will be too busy the next four years kissing the Biden corruptocrats' backsides—and protecting their privileged noses from harm.