At the close of 2017, no less than seven prominent male hosts and editors of influential government-sponsored radio and television shows are out of work amid claims of sexual harassment.

According to their accusers, the alleged Malevolent Seven are powerful pervs and creeps who've been running wild at NPR and PBS for decades, sponsored and subsidized by taxpayers and corporate donors. 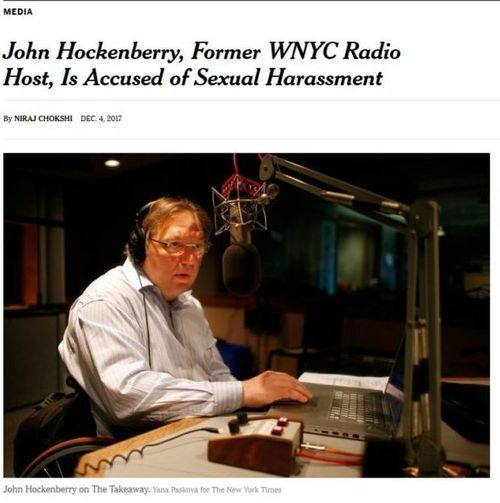 In August, award-winning broadcast and radio host John Hockenberry departed from his public radio program "The Takeaway" on New York City's NPR affiliate, which garnered a peak audience of nearly 3 million weekly listeners on more than 270 stations. Female producers and interns accused him of harassment and bullying before and after he deployed his golden parachute. Hockenberry says he's "horrified" by the allegations.

In October, NPR's former editorial director and senior vice president of news, Michael Oreskes, was ousted from his perch after several women claimed he forcibly kissed them in the 1990s while seeking jobs at his previous employer, The New York Times. 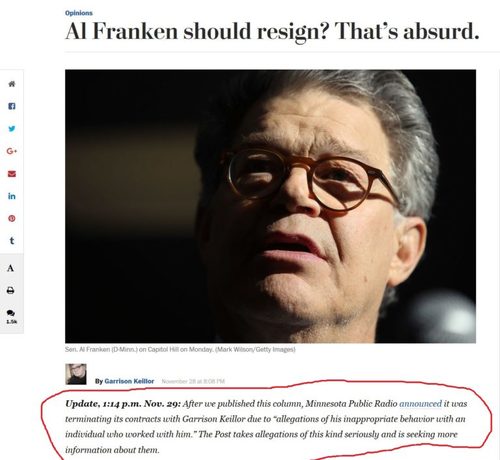 That same month, NPR launched an investigation of veteran Minnesota Public Radio host Garrison Keillor, creator of "A Prairie Home Companion." The liberal icon penned a column defending fellow sexual harassment suspect Sen. Al Franken, D-Minn., in late November; the next day, NPR fired him for inappropriate behavior involving at least one female co-worker. Keillor says the only incident he recalls involves inadvertently slipping his hand up the bare back of a "friend."

Also on the Thanksgiving holiday chopping block: PBS fixture and CBS morning news star Charlie Rose, who reportedly groped, grabbed, phone-harassed and exposed himself to upwards of eight female employees, interns and job applicants dating back to the 1990s.

In mid-December, Boston-based Tom Ashbrook, host of NPR's "On Point" live morning show broadcast on 290 NPR affiliates stations for the past 16 years, was suspended after young women alleged he gave "creepy" sex talks, hugs and back rubs in the studio. Ashbrook says he was "stunned" to learn of the charges. 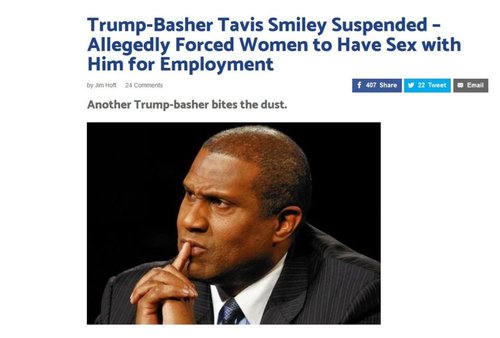 I can't tell you who's lying and who's telling the truth, but I know with absolute certitude that all seven of these men are left-leaning journalists and pundits encrusted in the public broadcasting establishment.

This is a golden opportunity for President Donald Trump to drain the elitist media swamps and inject true intellectual diversity in the newsrooms of NPR and PBS. Liberal bias at these Beltway institutions is notorious—from NPR legal analyst Nina Totenberg wishing AIDS upon Sen. Jesse Helms and his grandchildren as "retributive justice," to "Sesame Street's" Oscar the Grouch mocking Fox News on PBS, to top NPR executives slamming the tea party movement as "scary" and "racist" to the undercover journalists of Project Veritas.

If pushover Republicans can't bring themselves to fully defund NPR and PBS, can't they at least step up and advocate for hosts and editors who keep their hands to themselves and refrain from insulting the people in flyover country who keep their rackets afloat?

What better time, in the wake of liberal hypocrisy and sexual harassment self-implosions, to bring real balance to government-sponsored programming?

So far, the moment is being squandered. The replacements announced for Charlie Rose on PBS are BBC correspondent Katty Kay and former CNN anchor Christiane Amanpour.

Come on, Corporation for Public Broadcasting. Do better, D.C.

All things considered, we could use a little more "America First" and a little less globaloney and groupthink from NPR and PBS. I can think of a conservative female journalist or 12 up to the task.