Michelle Malkin: The Snitches in Your Kids' Dental Office

How sharper than a serpent's tooth to have a despotic pediatric dentist.

Parents who decide, for whatever reason, that they don't like their children's oral care provider should be forewarned. Empowered by government "mandatory reporter" laws, dental offices are now using their authority to threaten families with child abuse charges if they don't comply with the cavity police. 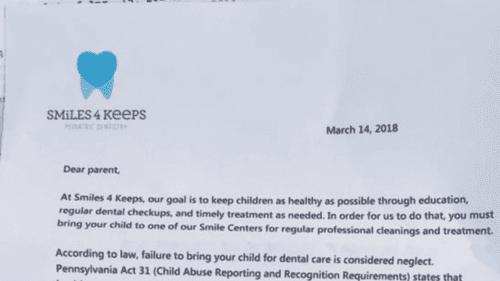 Mom Trey Hoyumpa shared a letter last week on Facebook from a dental office called Smiles 4 Keeps in Bartonsville, Pennsylvania. It informed her that if she did not make a dental appointment for "regular professional cleanings" for her child, she could be charged with "dental neglect." Citing a law called Pennsylvania Act 31 on child abuse recognition and reporting, the dental office threatened to report the mom to state authorities if she did not schedule an appointment. 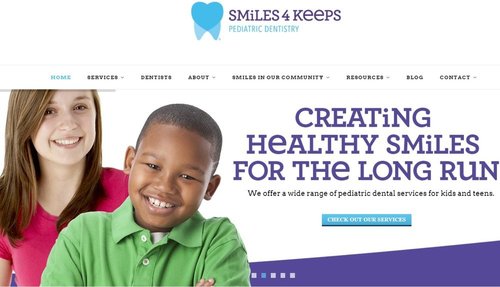 Hoyumpa wrote: "Smiles 4 Keeps bullies the parents, controls the care behind closed doors, and turns parents into villains...and I will not stand for it anymore!!!"

On social media, parents who've encountered the toxic alliance of snoopy medical providers and child welfare agencies shared their own experiences with government bullies who operate on a presumption of guilt.

Brett Darken wrote: "Anyone familiar with 'family court,' DCF, state probate and guardianship courts know well this story. In any other context, it would be considered a threat, coercion and intimidation under RICO laws. But because it's the government, it's legal."

This is a menacing threat to have hanging over customers of dental practices, or any medical providers for that matter: If you leave, you better tell us where you are going or we could report you to government child welfare agencies for suspected abuse.

Unfortunately, it's all too real, and the dental office is championing an intrusive practice that is likely to spread.

Smiles 4 Keeps replied to parental criticism on Facebook by quoting the American Academy of Pediatric Dentistry definition of "dental neglect" as the "willful failure of parent or guardian to seek and follow through with treatment necessary to ensure a level of oral health essential for adequate function and freedom from pain and infection."

The dental office also defended its intimidation letter to the mom by explaining that physicians and dentists are "mandated reporters" who are "required to report suspected cases of abuse and neglect to social service or law enforcement agencies in order to prevent such tragedy."

But as investigative reporter Terri LaPoint at MedicalKidnap.com points out, nowhere has Smiles 4 Keeps provided any evidence that Trey Hoyumpa was neglectful or abusive in any way. Moreover, Smiles 4 Keeps insists that parents provide the name of a new dentist if the family chooses to find a new provider. Hoyumpa was just one of 17 recipients of the threatening Smiles 4 Keeps salvos.

Dr. Ross Wezmar of Smiles 4 Keeps actually boasted to local news station WNEP about the snitch letters' ability "to jar the parent to realize that with a child comes responsibility." Benevolent Dr. Marcus Welby he is not. Wezmar claimed his bully notes are the first in the nation to be dispatched. With the encroachment of socialized medicine in America, they certainly won't be the last.

Think it can't happen to you? Last year, in Ontario, Canada, mom Melissa Lopez wanted a second opinion on getting fillings for her daughter and decided to change providers. The jilted dentist, as Lenore Skenazy reported on Reason.com, called Child Protective Services to report possible "oral neglect." The case was dismissed, but CPS refuses to remove Lopez's file from its books—it is part of a permanent record that keeps a permanent cloud of suspicion over her.

Skenazy drills down to the core: "The issue here is how easy it is to drag a family into an abuse investigation, and how hard it is for the family, like an impacted molar, to get itself extracted."

Indeed, the partnership between medical providers and government child welfare services has threatened innocent families across the country under the guise of "protecting the children." It is a short hop from cavity-shaming and misdiagnoses to ripping families apart.

Don't forget the case of Justina Pelletier, savagely torn from her family by Boston Children's Hospital after the prestigious medical institution wrongly accused her parents of causing her chronic illness. BCH locked Justina in a mental ward until her sister published an undercover video of Justina pleading to be reunited with her family. Public outrage forced her release and now the Pelletiers are suing BCH.

Big Nanny monitors hostile to family privacy and autonomy are everywhere—in your kids' classrooms, cafeterias, and doctors' and dentists' offices. Eternal vigilance against government intrusion is the price of parenthood.