He's the new Al Sharpton on steroids—and he's coming to a TV near you.

Benjamin Crump, camera-lovin' lawyer for the families of Trayvon Martin and Michael Brown, rocketed to fame perpetuating the "Hands up, don't shoot" lie.

Never mind that even the left-wing Obama Justice Department concluded that the 22 witnesses who manufactured the Black Lives Matter-promoted narrative were unreliable, inconsistent, self-contradictory, unsupported by a shred of forensic evidence, or outright lying.

Next week, the Florida-based legal celebrity will debut as one of six featured attorneys participating in show trials on the new Fox reality series, "You the Jury." Crump is also serving as host and executive producer of a six-hour miniseries on the A&E Network titled "Who Killed Tupac?" And busy Benjamin is hosting "Evidence of Innocence," a documentary series that will profile "the unbelievable true stories of individuals who were convicted of crimes they didn't commit."

The series will air on TV One. Originally co-owned by Comcast and now controlled by Radio One (a minority-owned company that syndicates racial rabble-rouser, cop-basher and hate crime hoax godfather Al Sharpton), the station claims to reach 57 million households. 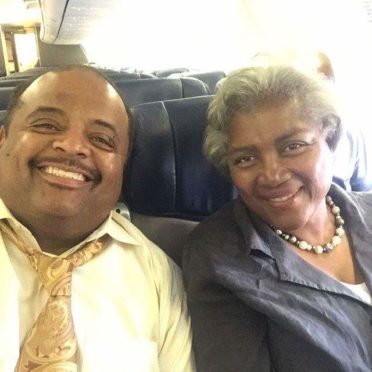 This is the same social justice TV network whose liberal anchor Roland Martin fed Democratic debate questions last year to disgraced former CNN contributor Donna Brazile, who finally admitted last week that she leaked the information to Hillary Clinton's campaign. CNN president Jeff Zucker declared after an internal investigation that the network "would not partner ever again" with TV One. (Pictured right, Martin and Brazile)

But not to worry. TV One was happy to partner with Sharpton's National Action Network to co-sponsor an awards show last fall that bestowed a special civil rights honor on Crump "for historic and transformative service."

"Transformative service"? Try manipulating reality for political gain. While the network has cast Crump as a champion of the falsely convicted, both are responsible for spreading falsehoods and inciting hatred against a former Oklahoma City police officer whose case is one of the worst miscarriages of justice I've ever encountered.

Last fall, TV One's true-crime hit, "Justice By Any Means," reenacted the story of former Oklahoma City police officer Daniel Holtzclaw with blowhard commentary from pundits who had no clue about the actual evidence in the case. "Legal analyst" Tanya Miller, for example, put words in Holtzclaw's mouth that appear nowhere in the court record, trial transcripts, police reports or interviews. 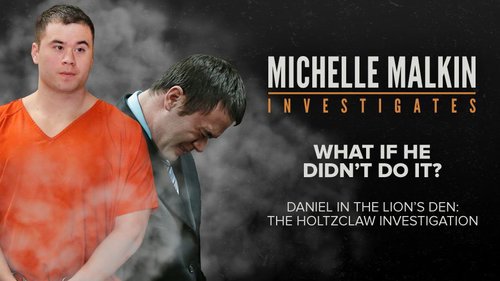 As I've been reporting over the past year, Holtzclaw was arrested, charged and convicted on numerous alleged sexual assaults in summer 2014, during the racially inflamed, anti-cop riots in Ferguson and Baltimore. A circus mob of militant Black Lives Matter protesters gathered at the courthouse, chanting, "Give him life!" during proceedings and drowning out testimony as they demonstrated inside and outside on the streets. Agitators took photos of jurors in defiance of the steamrolled judge's orders. Riot threats hung over jury deliberations.

Crump now represents nine accusers (all black women from the gritty northeast OKC neighborhood Holtzclaw patrolled) who are plaintiffs in high-dollar state and federal civil rights lawsuits. Those clients include a convicted felon who preposterously described Holtzclaw as a "short, black man" when he's 6'1," half-Japanese, and pale and a convicted felon who denied seven times she had been the victim of any inappropriate police conduct—until a sex-crimes detective informed her about the Holtzclaw investigation and she changed her story to claim that he had forced her to expose her breasts.

Crump also represents the troubled young prostitute and drug user with a violent criminal record who called Holtzclaw a "hot cop" before accusing him of rape—months after Jannie Ligons' charges were publicized and Holtzclaw's name and face widely disseminated. The teen's mom had filed a missing persons report and assault and battery complaint against her daughter on the day Holtzclaw encountered her and searched her purse. The Oklahoma City police department's crime lab identified a minute amount of what it characterized as "epithelial cell" DNA from this accuser on Holtzclaw's uniform pants—the lone piece of indirect forensic evidence found out of 17 alleged crime scenes, which became the prosecution's inaccurately portrayed "smoking gun" in the case.

Crump falsely claimed on TV One that the crime lab found "DNA evidence inside" her "panties" and "vaginal DNA material on the inside of (Holtzclaw's) trousers" that "matched the DNA of the 17-year-old." But the crime lab expert admitted on the stand that she had not tested any items for vaginal fluid, observed no suspicious stains, and acknowledged the possibility of innocent DNA touch transfer. More facts: The girl's underwear was never obtained as evidence and skin cell DNA from several unknown individuals—including at least one unknown male—was found on Daniel Holtzclaw's pants.

I've reached out to Crump to explain his egregious falsehoods and omissions. But the fake news rising star may be far too busy to bother with facts that undermine the lucrative social justice racket. Damn the truth. It's showtime!