In Florida, the Broward County Sheriff's office and Broward County school district are fighting to keep exterior surveillance video from the day of the mass shooting at Marjory Stoneman Douglas High School hidden from view. As journalists and citizens who've waged uphill battles against secrecy well know, government agencies too often invoke broad disclosure exemptions in the name of protecting public safety when they're really just trying to protect their own jobs. 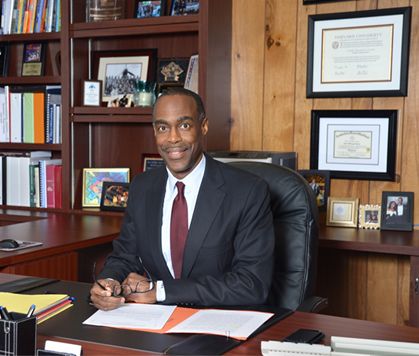 Feckless Broward County Sheriff Scott Israel and media-luvin' school Superintendent Robert Runcie [Email him] are defendants in an open records lawsuit filed Tuesday by the South Florida Sun Sentinel, the Miami Herald and CNN. The local officials claim that surveillance videos from cameras outside the school are completely exempt from sunshine laws because they would expose the district's security system plan; are part of an active criminal investigation; and involve an active internal affairs investigation of school resource officer/BSO Deputy Scot Petersonf, whom Israel notoriously threw under the bus last week.

Let's break down these specious excuses for keeping information vital to the public interest locked in a black box.

First, disclosure of the videos would pose no danger to students because Building 12, where the shooting took place, will be demolished.

Second, key investigative records, transcripts and logs in the active criminal probe against the Parkland school shooter have already been released to the public. Israel himself coughed up call logs documenting 23 times the shooter's family or neighbors called deputies to the house. Additional dispatch records obtained by local and national media outlets revealed 22 more calls to law enforcement dating back to 2008 that had not been initially communicated by the selectively disclosing sheriff.

Moreover, the open records lawsuit notes that Israel has already publicly described in detail what the video shows about Peterson's actions: He arrived at the west side of Building 12, took position, got on his radio, had a view of the western entry of Building 12 but never went in for "upwards of four minutes" while the shooter slaughtered 17 innocent students and teachers.

In addition, government sources have leaked FBI transcripts of caller tips reporting Nikolas Cruz's violent threats and tendencies that went unheeded. Unidentified sources leaked school disciplinary records documenting the shooter's troubles dating back to elementary and middle school. And a Broward Circuit Court judge ordered the release last week of a State Department of Children and Families investigation into allegations of abuse and neglect in the shooter's home.

"If there were shortcomings," Broward Circuit Court Judge Charles Greene concluded, "the public has the right to know." Any right to privacy that the shooter may have claimed was effectively waived by his own bloody actions and outweighed by the public interest.

The Broward County school district is hiding behind the sheriff's skirt, claiming that since law enforcement took possession of the videos, its hands are tied. But that school property is the public's property, subject to the state's public records act. As Fort Lauderdale lawyers Dana McElroy and James McGuire, who filed the petition on behalf of the media outlets, point out in the "good cause" petition for disclosure that I obtained this week: "The District should be required to demand, and the Sheriff's Office should be required to deliver, a copy of the video back to the District" in order to comply with the "legal requirement that it maintain and disclose its own public records."

Third, Deputy Scot Peterson has already resigned, so the sheriff's office should not be able to hide behind the confidential personnel records shield. Peterson publicly disputes Israel's version of events and released his own detailed account of his actions after his former boss blabbed about the surveillance tape at a backside-saving press conference last week. This is "information the public needed to know," Israel pontificated last week, yet he is denying the public's right to see and judge the surveillance videos for themselves.

Israel is a grandstanding publicity hound, enabled by gun control extremists in the media, whose "just trust us" arrogance is an obstacle to the truth. He's a dime a dozen. Across the country, government control freaks in local, state and federal agencies—both civilian and law enforcement—routinely block public disclosure of information that destroys their carefully spun, job-preserving narratives.

Release the videos. Let the public, especially competent security experts, see them. Without transparency, there can be no accountability. Without accountability, "Never Again" is yet another empty, expedient cable TV sound bite in an ocean of self-serving rhetoric.