It's only the second week of 2017, but it's already been a banner year for preening liberals on cable TV who are hell-bent on self-immolation in the name of proving everyone else's moral inferiority.

To use young people's slang these days, you're "lit," media progressives. But not in a good way. 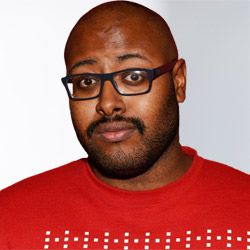 Upon spotting Sessions with one of his multiracial granddaughters sitting on his lap as he waited for the proceedings to begin, MTV News "culture writer" Ira Madison III (pictured right )tweeted a photo of them and snarked:

"Sessions, sir, kindly return this Asian baby to the Toys 'R' Us you stole her from." 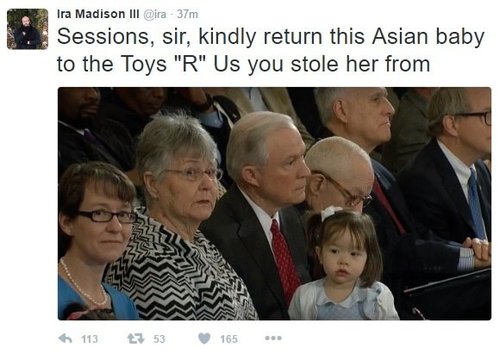 So much for liberals celebrating diversity. So much for Michelle Obama's rallying cry to the left that "our motto is, when they go low, we go high."

Madison sneered that Sessions' granddaughter was a "prop" and that there was "no reason for that child to be in his lap in a hearing other than to send an 'I'm not racist message.'" Even after being informed that the beautiful little girl was Sessions' biological grandchild, Madison continued to attack — accusing conservative critics of having "long used Asian-Americans as 'model minorities' since the rise of the (C)ivil (R)ights (A)ct." He further justified his bigotry by accusing Sen. Sessions of "horrendous anti-black behavior" and snidely dismissed the senator's "love for an Asian family member."

What better way to send an "I'm not racist message" than to double down on the revolting dehumanization of the family members of one's political opponents?

MTV News, which touts itself as the "conversation authority for the millennial audience," has become the Sideshow Bob of the internet. Like the hapless character in "The Simpsons" cartoon series who can't stop stepping on rakes and smashing in his face, this supposed "music" network keeps veering into the social justice lane — and causing bloody self-harm. (Fun fact: Bigot Ira Madison, who purports to protest bigotry by practicing it, pens a column called "Delete Your Account," poking fun at social media blunders by public figures.) 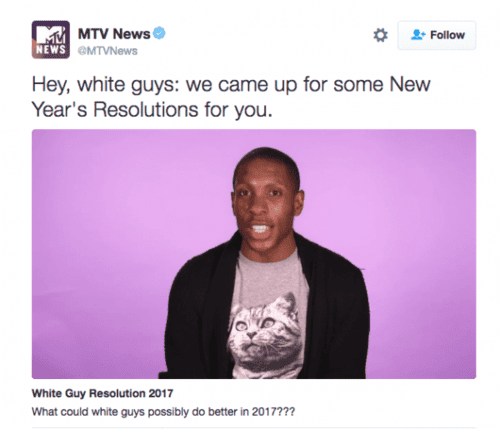 Before Christmas, the same MTV News division that employs Madison aired a sanctimonious video titled "2017 Resolutions for White Guys." Reeking of extremist identity politics, a parade of smarmy millennials lectures every last white man on the planet to "try to recognize that America was never great for anyone who wasn't a white guy." While assailing "mansplaining," the cast proceeds to MTVsplain that "Black Lives Matter isn't the opposite of All Lives Matter. (...) Also, Blue Lives Matter isn't a thing." 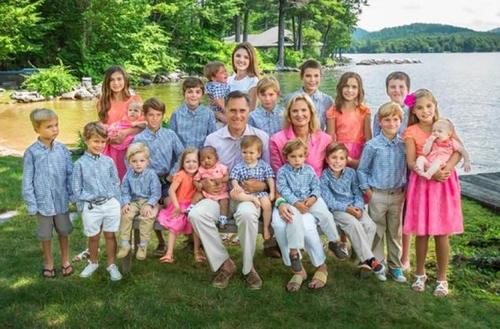 We've seen it before in cable TV news. Former MSNBC host Melissa Harris-Perry indulged in holier-than-thou anti-racism racism when she openly mocked Mitt Romney's black adopted grandson in 2013 and laughed with other MSNBC commentators at a sweet holiday photo of the devout Mormon's large family.

And MSNBC was forced to apologize again in 2014 after conservative multiracial parents, including me, battled the network's vile racism slurring "rightwing" Americans as intolerant of biracial families featured in a Cheerios ad.

Responding to those of us who refused to tolerate their prejudice disguised as tolerance, MSNBC commentator Richard Wolffe insisted at the time: "That's not who we are."

We see you for exactly who you are: Flaming hypocrites who can't help themselves. Stay lit!