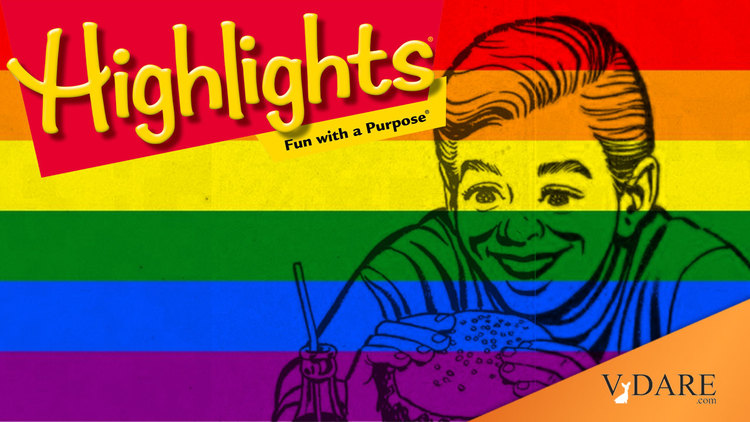 Do you remember Highlights, the ubiquitous children's magazine that you'd devour at the dentist's office? If you were lucky, you'd wait for the mailman to deliver a fresh edition to your home at the beginning of every month. It was a treasure.

The venerable American publication was established in 1946 by an enterprising married couple devoted to improving elementary education. Highlights became a staple in generations of playful and curious youngsters' lives. Its slogan was "fun with a purpose." Long before the advent of toxic social media and Silicon Valley, way back before kids were obsessing over "likes" and "views" of self-indulgent selfies of themselves making Kardashian duck faces in their bathrooms and gyrating like Las Vegas pole-dancers in their bedrooms for TikTok, grade-school readers had healthy addictions to the wholesome trademark features of Highlights.

Who can forget spending hours hunting down the cleverly camouflaged objects in "Hidden Pictures"? (Dang it, where was that boomerang?)

Did you sit outside in the summer sunshine like 7-year-old me, unplugged and care-free, poring over the nonsensical scenes in the colorful "What's Wrong?" artwork puzzle on the back cover of your well-worn copy of the magazine (Wait, how did you miss the dog riding the bicycle backward!).

Raise your hand if you memorized the knock-knock jokes, giggled at "Goofus and Gallant" and begged your mom to buy pipe cleaners and popsicle sticks for the magazine's craft projects. (Puh-lease, Mom, please don't forget the googly-eyes.)

Feeling nostalgic? You're not alone. Highlights delivered its billionth copy to a Texas schoolgirl in 2006 and marked its 75th anniversary last summer with publication reach in more than 40 countries.

Highlights became an American tradition by respecting and inculcating tradition. In its early days, editors incorporated Bible stories without controversy or backlash. Depictions of traditional nuclear families were normal—and normality was celebrated, not shunned. Highlights was also founded as an advertising-free sanctuary from incessant commercialization by sugary cereal companies, Big Pharma, toymakers and other promotional predators. Most importantly, the 44-page booklet of silliness was a protected space from partisan political pollution. Its side lessons on right and wrong were unobjectionable (Hey, did you see Goofus refuse to hold the door open for his grandma? Rude!). Parents could trust that their authority would not be mocked or values undermined. 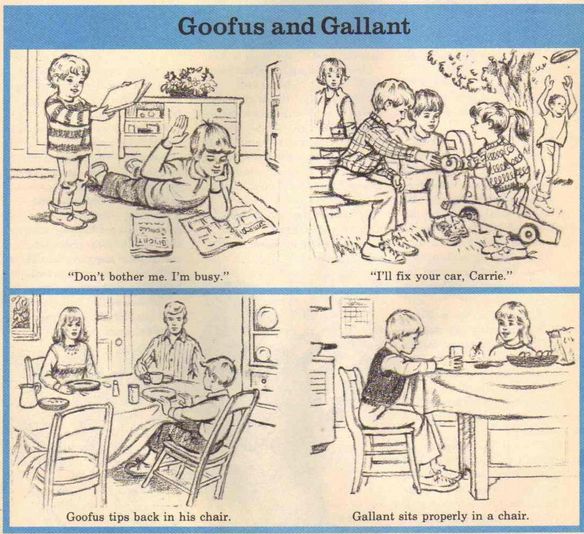 Those days are long gone.

In 2017, after being mau-mau-ed by left-wing alphabet activists on Facebook who wanted pro-gay propaganda included in the magazine's special edition for children 2 years old and under, Highlights featured a cartoon with a same-sex male couple and two children packing their wagon for a family trip. Initially, the editors resisted the call to capitulate because they believed "that parents know best" when to introduce such topics to their kids. But all it took were hysterical radioactive accusations of "homophobia" for the magazine to fold.

Like every other modern institution masquerading as a champion of children, the editors of Highlights now believe their primary obligation is not to respect traditional parents, but to replace them.

"Reflecting" the "diversity" of families means in-your-face proselytizing to "celebrate pride," which includes Highlights-endorsed books that expose preschoolers as young as 3 years old to "gender identity and transition." The Highlights pride book list includes titles such as the transgender-promoting "I am Jazz" for 4-year-olds and "Prince and Knight," in which the protagonists "find true love in a most unexpected place" so as to "accelerate LGBTQ inclusivity and acceptance."

You can't tie your shoes yet or finish a word search, but hey, kids, time to accelerate your acceptance of toddler cross-dressing, transgender hormone therapy and two-man love scenes!

"Fun with a purpose" has given way to dreadful woke-ification programming and virtue-signaling. Highlights magazine editors remained silent in 2014 while the Obama administration separated illegal alien families at the border and held some children in cages but made a splash in 2019 condemning the same practices when the Trump administration tried to stem the tide.

The magazine's current crusading "chief purpose officer" Christine French Cully is a COVID-19 fear-spreader who uses the magazine to condition kids to accept mask mandates despite their limited effectiveness in lowering COVID-19 transmission and detrimental effect on childhood brain development. Cully's Twitter feed reads like the daily talking points diary of a B-list MSNBC guest, decrying guns, pushing dialogue with children about "climate change" and peddling ways to "talk to our kids about Ukraine."

Last week, vigilant Falcon School District 49 board member Ivy Liu posted a recent Highlights lesson titled "I feel upset about racism. What should I do?" The editors' "anti-racism" book list makes clear that embracing anti-white critical race theory is the only solution. Liu is leading a lonely battle against so-called "Social Emotional Learning" saturating D-49 classrooms (and Highlights materials)—and has even been censured by colleagues for calling out corrupted curriculum.

"Is this what they mean by making social justice warriors out of our kids?" Liu asks.

Indeed. It won't be long now before Goofus and Gallant are dancing at Drag Queen Story Hour and the Timbertoes are forced to pay reparations for slavery. End-stage America never looked so grim, perverse and joyless.