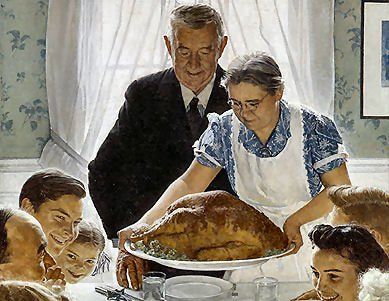 It’s not enough that Christmas is being replaced in the name of diversity–so is American food, at least according to the Main Stream Media, which wants to lecture us on how this means the historic American nation is inevitably being replaced too.

For years, we’ve been told that salsa now outsells ketchup in the US. [Ketchup vs. Salsa: By the Numbers, By Carl Bialik, WSJ, September 20, 2007]But a recent Associated Press Article took it a step further, reporting that several well-known American foods are now being outsold by Mexican foods.

The packaging of this AP same article by two different outlets of the “conservative” Fox empire is also revealing.

But over on Fox Latino, it was announced in typical triumphalist fashion: Tortillas vs. Hot Dog Buns: Latinos Take Over The American Culinary Experience [AP, October 18, 2013].

Besides the headline, a different first sentence was placed in each article. My Fox DC began with:

Salsa overtaking ketchup as America's No. 1 condiment was just the start.

Fox Latino version kicks off with:

Are Latinos taking over the American cuisine?

The AP article reports that

Gloatingly, the article explains that this is part of a demographic transformation (which, it implies, is inevitable and all good people support):

As immigrant and minority populations rewrite American demographics, the nation's collective menu is reflecting this flux, as it always has…This is a rewrite of the American menu at the macro level, an evolution of whole patterns of how people eat.

And we are reminded this is all due to a particular group of people who cannot be denied:

Ah, hah! Just as in electoral politics, the MSM is trying to persuade us that Hispanics trump all.

And yet, the very next paragraph undercuts the message:

"When you think about pizza and spaghetti, it's the same thing," says Jim Kabbani, CEO of the Tortilla Industry Association. "People consider them American, not ethnic. It's the same with tortillas."

So then what’s the big deal? But then we are right back to the Hispanic hype:

With Hispanics making up more than a quarter of the U.S. population today—and growing fast—experts say this change is dramatically flavoring the American culinary experience. Hispanic foods and beverages were an $8 billion market in the last year, according to consumer research firm Packaged Facts. By 2017, that number may reach $11 billion. And that's influencing how all Americans eat.

In fact, Hispanics make up only 17 percent according to the Census. But you get the idea.

This seeming contradiction is resolved via a coded racial slur by the Tortilla Industry Association’s CEO Jim Kabbani.  Kabbani [Email him] is quoted as quipping:

"Having been raised on Wonder bread, I didn't think that this could displace the sliced bread that was such an item of the American kitchen."

The article ends with a contradictory quote from Terry Soto,  an Ecuadorian woman who is “president and CEO of About Marketing Solutions, a consulting firm specializing in the Hispanic market”:

"There is a larger segment of the population that wants the real thing. It's not so much the products becoming mainstream. It's about ethnic food becoming that much more of what we eat on a day-to-day basis."

The contradiction is resolved—American Hispanics are, apparently, an authentic cultural bloc who will eat their own “real” food, while “white bread” Americans haplessly follow along until they are finally replaced.

Does this strange elite narrative have any resemblance to reality?

It’s true that more Americans eat Mexican food.  However, Americans have adopted new foods over our entire history, as have all peoples.

Moreover, in Mexico, the hamburger is now a common and thoroughly integrated food. It’s known as the hamburguesa. And there’s even a word for “hamburger party”—a hamburguesada, often used as a fundraiser. In the Mexican city where I lived for many years, outdoor hamburger venders would emerge during the night and the aroma of ground beef filled the air. I have my favorite local burger chain, which I hope to be visiting when you read this, during our planned trip to Mexico at Christmastime. And Mexicans have their own twists—there, the avocado is a common condiment, as is the pineapple.

Can you imagine the Mexican media claiming Mexicans are now less “Mexican” and more “American” simply because they eat hamburgers?

Our medieval British and European ancestors did not eat tomatoes, potatoes, maize or other New World crops. Nor did they drink tea (which came from China) or coffee (which is from Ethiopia). These were all introduced later but nevertheless are now considered staples of the Western diet.

And speaking of the much-hyped salsa vs. ketchup battle, aren’t they both made from tomatoes?

When the AP article was linked on American Renaissance, various posters to the comments section  expressed their predilection for salsa and other Mexican foods. Eating Mexican food doesn’t require one to support Amnesty and the Hispanicization of the United States.

It’s not about the food. It’s about the way the issue is handled by the MSM.

To summarize: the AP article whipsaws back and forth between two contradictory messages:

In a similar fashion, the MSM manages two “narratives” on immigration:

The MSM multiculturalists are engaged in a bait-and-switch. They lull Americans to sleep with romanticized images of immigration, huddled masses, Ellis Island, etc. Then Americans wake up and are told their country has been irretrievably transformed into something else. That’s why we are told we can’t have Christmas anymore. In this case, it’s culinary fashion that is being used to promote the Demographic-Change-Is-Inevitable theme.

There’s that other subtext in the Hispanic Cuisine Hype.

As a descendant of Old America, I naturally dispute its being characterized as “boring.” But that’s what the diversity-mongers want us to believe.

Whatever—the historic American nation has an origin, history, and identity. Is it to be radically transformed, beyond recognition, without our permission?

Apparently so, unless we can stop it.

It’s about who’s coming to dinner—not what is served on the table.

War On ChristmasWar On Thanksgiving
<< Previous
Next >>
LATEST