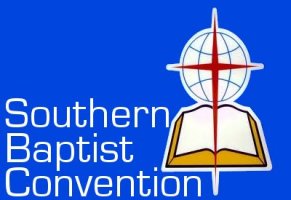 The leaders of the Southern Baptist Convention, America’s largest Protestant denomination, are aghast at the supposed lack of diversity in their congregations:

Leaders in the nation's largest Protestant denomination are preaching that integrated churches can be a key driver of racial justice in society. But that could be a hard sell to those sitting in Southern Baptist Convention congregations.

Notice how AP’s Loller contrasts the “Leaders…preaching…racial justice” with “those sitting in Southern Baptist Convention congregations”—that is, the laity. It sets up a nice contrast between the enlightened leaders and the retrograde followers.

Ironically, according to Frank S. Page [Tweet him] president of the SBC Executive Committee, the Southern Baptists are “the most ethnically diverse denominational convention in this continent with nobody even coming close.” As reported by the denomination’s own website:

One in five Southern Baptist congregations is predominantly African American or otherwise ethnic in its makeup, Page said. That includes about 3,000 black churches, more than 2,000 Hispanic churches and more than 2,000 Asian churches, Page said. Other churches are “extremely multi-ethnic,” he told the audience. More than 100 language groups are represented each Sunday in SBC churches, he said.

In other words, there already is a lot of diversity within the Southern Baptist Church—but it expresses itself in different, you might say diverse, congregations.

What’s the real issue here, from a Christian perspective?

Christianity is both universal and particular. It’s universal because it’s for all those who believe in Jesus Christ, and is not the exclusive property of any race or culture. At the same time, Christianity manifests itself within particular cultures in particular ways.

The Biblical book of Acts describes the growth of Christianity among both Jews and Gentiles. Acts 6 even describes ethnic conflict within the early church, with Greek-speaking Jews complaining about Hebrew-speaking Jews.

But when today’s American churches seek diversity, are they basing this on Christian doctrine or fashionable secular multiculturalism?

The answer is all too clear. From the AP report:

The Rev. Russell Moore, who leads the Southern Baptist's Ethics and Religious Liberty Commission, is one of several white leaders calling for multiethnic congregations in the wake of the unrest spurred by the killings of black men by white police officers in Ferguson, Missouri, and New York City.

VDARE.com has published a lot about this Russell Moore.[Email him] He’s a noted supporter of an Amnesty/Immigration Surge—in 2011, the Baptist convention officially endorsed amnesty for illegal aliens.

So this diversity drive is merely the latest effort to piggyback on trendy political concerns. What is fueling it, as the Main Stream Media gleefully points out, is white guilt. Slavery was abolished in this country back in 1865, but its soul, so to speak, goes marching on. As AP’s Loller puts it:

The effort has taken on particular urgency for Moore and other Southern Baptist leaders who have been working to overcome the denomination's history. The convention was formed in 1845 in a split with other Baptists when Southern Baptists resolved to continue allowing slave owners to become missionaries. During the civil rights movement, Southern Baptists were largely silent or actively opposed ending segregation. The denomination eventually declared racism a sin, and in 2011 renewed efforts to reach out to Latinos, African-Americans and others. The next year, the denomination elected its first African-American president, the Rev. Fred Luter, Jr.

The Southern Baptists have been in full grovel mode for some time. Back in 1995 the denomination “adopted a resolution...…recognizing and apologizing for its historic role in supporting slavery and Jim Crow policies.”

But Dwight McKissic [Email him] a black pastor in the denomination, was quoted by the AP story as saying: "The church lacks the moral authority to address the world about race before we set our own house in order.” The denomination’s top executives and presidents of seminaries are white. Therefore, said McKissic, "It's obvious the rhetoric and reality is not matching.”

The Southern Baptists already held a conference in Nashville in March to kvetch about how more needs to be done. The recent presidency of Fred Luter wasn’t enough. Quoth Russell Moore:

We’ve got the pictures of the presidents of the Southern Baptist Convention [in the SBC building in Nashville]. Let’s come back in 20 years, and if Fred Luter is an island in a sea of middle-aged white guys, that means we have not been where we need to be.

This denigration of “middle-aged white guys” sounds just like what you hear in the mainstream media and political world. And the logical conclusion is some kind of ecclesiastical Affirmative Action.

And that’s precisely what SBC Executive Committee president Frank Page seems to be advocating—even as he denies wanting a “quota system.” As quoted in the Baptist Press, Page said:

Racial representation, however, has “got to be at every other level of SBC life…”

“I want to see the day when our boards and agencies and our employment at all our agencies look like our convention and look like our nation,” he said. “We have a long way to go.”

But the Southern Baptist Convention is a decentralized denomination which believes in local church autonomy. So how could such integration be accomplished?

Especially as most actual congregants don’t seem to care. Thus, responding to the Southern Baptist’s diversity angst, Naomi Schaefer Riley, in a New York Post opinion piece, asked, Do we need to integrate our churches? [February 23, 2015]. She pointed out that “the people in the pews now don’t seem to be on board for this exercise in social engineering” and cites a recent poll from LifeWay Research: “Just 40 percent of churchgoers [not necessarily Southern Baptists] said they think their congregations need to become more ethnically diverse. Which disappointed the poll-takers.”

As Riley notes, a church usually reflects the neighborhood it’s in and “people tend to self-segregate.” She observes that “surveys show that most blacks prefer to live in majority-black neighborhoods” and “some Christians from minority groups say they want to go to churches where they are in the majority.”

(Imagine if white Christians said that!)

Aram Bae, who was raised in a Korean Presbyterian Church, is quoted by Riley:

…[Aram Bae] is skeptical of any special obligation for churches to bring people together from different backgrounds. She’s certainly not opposed to more diverse congregations, but she wonders why people just can’t work to improve race relations at work or among their friends. The advantage of neighborhood ethnic churches, she says, “is that they feel more like a family.”

Of course, that’s not how America is supposed to work today. Everything must become a federal case. Including, possibly, diversity in churches.

… [Attorney General Eric] Holder’s DOJ [Department of Justice] argued that a church cannot fire an employee for acting contrary to church teaching, and contrary to an employment contract that incorporates that teaching. ..Holder’s Justice Department believes that religious schools should not be able to enjoy a longstanding exemption to various employment laws which conflict with church teaching, or, the “ministerial exception.”

The good news in that case was that the Supreme Court unanimously ruled against the DOJ and sided with the Hosanna-Tabor school. [PDF]

But who can say the Supreme Court might not rule in favor of the DOJ acting similarly in the future?

In these days of Big Government Social Engineering, it is far from impossible that a future Leftist Administration will impose upon religious organizations its own style of “diversity”—which always turns out to mean attacking white institutions.

True diversity means a diversity of traditions and practices. And these flourish best when we allow people to form the kinds of congregations they feel best serve their spiritual needs. American black churches have their own longstanding styles and traditions. Wouldn’t an influx of non-blacks (and even non-American blacks) dilute those traditions?

My advice to the leaders of the Southern Baptist Convention: lighten up on the diversity hysteria—and focus on saving souls.