Memo From Middle America: Mexico’s Guerrero State Is “Violent And Dysfunctional”—And Amnesty Will Bring More Of It Here 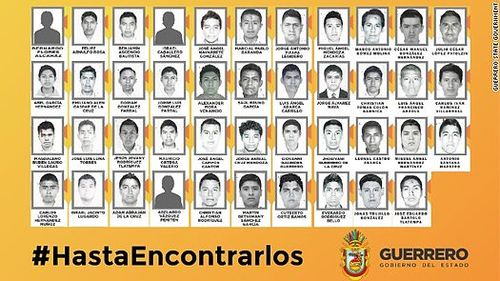 The big news in Mexico for the past few months: the ongoing turmoil resulting from the Iguala Atrocity—a massacre/kidnapping/ official corruption trifecta in southern Guerrero state.

Protests have been going on throughout Mexico and abroad, along with calls for the president to step down. In Guerrero itself, demonstrators have been smashing and burning buildings, occupying city halls and radio stations, plundering supermarkets, and the state governor resigned.

It’s a horrible case, and apparently only the tip of the iceberg, both in terms of the tragedies themselves, and the evidence of official corruption. And it raises this question: how much of this is going to be imported into the United States in the next few years?

A summary: On September 26th in Iguala, police and gang members, working together, attacked college students from the Raul Isidro Burgos Rural Normal School in nearby Ayotzinapa and a soccer team's bus that was passing by, killing six. Then, 43 students were turned over to the criminal gang called Guerreros Unidos, an offshoot of the Beltran Leyva cartel.

Not that it justifies the attack, but the Ayotzinapa school is crazy even by Mexico’s standards of politicized teacher colleges—it’s an all-male, Leftist institution run by student/activists. [At college of missing Mexican students, history of revolutionary zeal, By Tim Johnson, McClatchy, October 13, 2014] Last year, a group of Ayotzinapa students set a gas station on fire, causing the death of a worker.

In what appears to be a longstanding tradition, the Ayotzinapa students routinely hijack buses in order to travel. The students in this group were on such an outing when they were attacked. [In 'untamed Mexico' a mass grave and a challenge for a president, By David Agren, Correspondent Whitney Eulich, Christian Science Monitor, October 12, 2014]

In early October, mass graves were discovered, and it was immediately assumed that at least some of the students had been buried there.

But none of the DNA matched that of the students. It turns out there are various mass graves in the vicinity, with burned and dismembered bodies. So this is not an isolated case.

Iguala’s mayor, Jose Luis Abarca, fled the city with his wife and the pair were later arrested in Mexico City. They are believed to be in cahoots with the drug cartel and to have given the orders to kill the students, for opposing them politically. (Here’s a photo, from CNN Mexico of the former power couple). 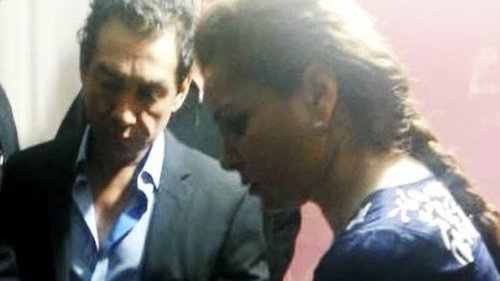 Back in May of 2014, Mayor Abarca reportedly had another group of activists kidnapped and murdered, personally murdering one of them. Yet nothing had happened to him. Talk about impunity! [Mass Graves, Murderous State-Cartel Alliance Revealed in Guerrero, by Guillermo Jimenez, PanAm Post, October 30, 2014 a]

One current theory: the 43 students were killed, their bodies burned and dumped in a river. Remains have been found, but not yet identified. The evidence now supports that theory, in fact, there is now positive DNA confirmation for one of the missing students, found on a charred bone fragment.

The Iguala Atrocity is far from the only unsolved crime in Guerrero—the state had Mexico’s highest murder rate last year.

As of October 28th 240 people had gone missing in the state thus far in 2014, and over 150 bodies had been discovered in clandestine graves.

And more bodies in such graves keep turning up.

On November 27th, in the Chilapa municipio, a grave with 11 bodies was found. On November 30th, five more were found.

John Ssenyondo, a Ugandan Catholic priest who had served in Mexico for six years, was captured by a gang on April 30th, and his body was found in another mass grave (with 12 others) on October 29th.

Guerrero, like other isolated, heavily Indian states in Mexico’s south, has a long tradition of violence. And more recently this has certainly been exacerbated by the cartels. But the sheer scale of this killing is frankly bewildering. Perhaps it’s an extreme expression of what Chilton Williamson has described as Mexico’s “Constitution of Blood.”

The Iguala case has also received a lot of attention north of the border. The Los Angeles Times recently reported:

It was the night President Obama announced his historic executive action to protect millions of undocumented immigrants from deportation. But on the streets of Los Angeles, the biggest rally wasn’t a victory rally but a mournful vigil. More than 1,000 people, most of them immigrants, gathered to memorialize the 43 students believed to be murdered about 2,000 miles away in southern Mexico. Obama’s action was barely mentioned. “I hurt in my soul for what is happening in Mexico,” 77-year-old Rosalio Mendiola said in Spanish….

But there’s a reason that the Iguala Atrocity attracted more attention “on the streets of LA” than Obama’s Amnesty announcement. The LA Times story continues:

Nearly 1 million people [AW: my emphasis!] in Southern California trace their roots to Guerrero, the violent and dysfunctional state where the students lived, and it is believed, died.

So even the LA Times admits that Guerrero is a “violent and dysfunctional state.” How can that violence and dysfunction not be drifting north of the border?

“What’s going on right now must be talked about. Our families have been affected by the violence back there,” said Gladys Robles, an L.A. community activist who spent about seven years in Acapulco, Guerrero. “Obviously we can have an impact, because we’re millions here.”

A protest group has been formed in California:

Robles, 40, has helped the group Frente de Resistencia por Mexico since it was formed two years ago. Frente is working with other local groups to raise awareness about problems in the Mexican state and the country. She and others say the connections between families in L.A. and Guerrero still run deep. Many L.A. immigrants send money to their families and return frequently, especially during the holidays. “My umbilical cord is buried in Iguala, so I will always have a strong connection to it even though I don’t live there,” said Reyna Grande, an author and UCLA creative writing teacher. Her family left when she was a girl to escape poverty, and the kin that remain there are still poor, with some cousins who work at a clothing factory making $50 a week...

The Iguala Massacre is terrible, but it’s not isolated. It’s a deeply-rooted problem in the state of Guerrero, and it looks to have no easy solution.

Do all the protesters in Mexico have any solid solutions? I doubt it.

Will a change of government in Mexico bring about change? I have my doubts about that too.

Instead, I predict the unrest in Guerrero will be used as a pretext to bring in more immigrants.

But if you bring in more immigrants from Guerrero state, how much of this criminality and corruption will be imported as well?

Am I saying that everybody in Guerrero is a criminal? Of course not.

But ask yourself this question—how selective is U.S. immigration policy?

Does our immigration system do a good job of separating the criminals from the law-abiding?

How could it—when it rewards criminality with Amnesty, allowing identity thieves and other sorts of crooks and scammers open access to our country?

The ongoing Amnesty being imposed by Obama and enabled by the Republican leadership—how selective is that going to be?

The bottom line: the atrocities going on in Mexico’s Guerrero state could soon be occurring in your state—and maybe they are already.

We can’t solve the world’s problems. And meddling in Mexico may actually worsen the situation. Our country’s massive drug consumption and War on Drugs have already worsened the situation there and we ought to re-evaluate our whole approach.

Ultimately, however, Mexicans need to solve their own problems.

I hope they can—but it’s more important that their problems don’t come here.