Memo From Middle America: It’s Time For The Southern Baptist Convention To Dissolve

I’m not a Southern Baptist, but I am an evangelical Christian,  a church deacon and a Bible class teacher. And I believe my National Question activism is perfectly compatible with Christianity. I respect the Southern Baptist denomination for the good work it’s done. But since the 1990s, its national leadership (=parasitical bureaucracy) has been on a crusade to remake the SBC, atone for its past and generally become more acceptable to the Political Class. My suggestion: the SBC is past its sell-by date. It should dissolve.

The SBC, representing the country’s largest Protestant denomination, faux-heroically condemned the Alt Right in a special resolution at its recent annual convention. The delegates (called “messengers”) got to feel good about themselves, although many didn’t know what the Alt Right was before they arrived.

It’s tempting to dismiss this as clueless virtue-signaling. But the internal politics of this effort and previous resolutions show a denomination in crisis—hopelessly unaware it will never be forgiven for its existence by the Main Stream Media and the multicultural Left.

As we are continuously reminded, the Southern Baptist Convention (SBC) was formed in 1845 when southern Baptists separated from northern Baptists over the issue of whether slaveholders could be missionaries. Slavery was, of course, a common social arrangement of the time and could not have been abolished immediately without chaos.

Note that, although they permitted slavery, the Southern Baptists in 1845 did explicitly defend the humanity of nonwhites. Resolutions from 1845 state:

“That the Board of Domestic Missions be instructed to take all prudent measures, for the religious instruction of our colored population”. (Resolution on Colored Population)

“That the Aborigines of America, have strong claims on American Christians for the Gospel, and as the Indian Mission Association has been organized with special reference to their spiritual benefit, we recommend the churches to sustain that body with zeal and liberality”. (Resolution on Indians, SBC 1845)

Of course, the Southern Baptists of 1845 didn’t conform to current morality. Neither did many Christians of any stripe back then. Yet it is Southern Baptists who are told they must continuously grovel. Though it didn’t totally condemn the denomination’s forebears, the SBC denounced “racism, in all its forms, as deplorable sin.” The SBC apologized to all African-Americans, lamented “historic acts of evil such as slavery,” and committed to “to eradicate racism in all its forms from Southern Baptist life and ministry.”

Of course, the resolution didn’t “resolve” anything. Instead, apologies kept coming.:

You can see the pattern. But, needless to say, the MSM still negatively covers the SBC. For example, after the SBC condemned the Battle Flag, Salon still snarled, “The Southern Baptist Convention strikes a blow against racism, but still reaffirms anti-LGBT bigotry” [by Amanda Marcotte, June 16, 2016]. 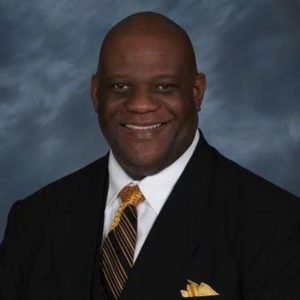 McKissic’s original version called “white nationalism” a “growing menace” in the United States, which must be “opposed for the totalitarian impulses, xenophobic biases, and bigoted ideologies that infect the minds and actions of its violent disciples.”

One wonders if McKissic condemns violence in the black community.

Somewhat surprisingly, the committee dealing with resolutions originally rejected the measure for being poorly written and containing inappropriate language. But that wasn’t the end of it. During the two-day Annual Meeting, McKissic continued to campaign and received the help of Soros Evangelical Russell Moore.

Quoth Moore: "The alt-right isn't just some sociological movement. The alt-right is contrary to the gospel of Jesus Christ and Satanic to the core. We need to be very clear on that.”

And Moore was quoted in the New York Times as declaring “a special responsibility to be aware of racial injustice because the SBC was founded on the basis of a defense of slaveholding”. [In Quick Reversal, Southern Baptists Denounce White Nationalists, by Jacey Fortin, June 15, 2017]

By the end of the Annual Meeting, the anti-Alt-Right proposal was overwhelmingly passed on the floor.

And how did the Mainstream Media respond?

“For now, though, at least the SBC leadership publicly agrees on one thing: white nationalism should be condemned. Well, eventually.”

Let’s look at this year’s SBC resolution, “On The Anti-Gospel Of Alt-Right White Supremacy,” in more detail. It began:

WHEREAS, Scripture teaches, “From one man [God] has made every nationality to live over the whole earth and has determined their appointed times and the boundaries of where they live” (Acts 17:26);

But the verse says that God made all the ethnic groups and “determined their appointed times and the boundaries of where they live.” It recognizes ethnic differentiation and borders. It’s thus curious the writers chose it.

Other Scriptures cited: two verses from Revelation which speak of the redeemed hailing “from every tribe and language and people and nation,” affirming there are “tribes, languages, peoples and nations.”

Again, curious the SBC Leftists chose these verses and missed the irony.

The SBC resolution alludes to the 1995 resolution repudiating slavery and racism, as well as other previous resolutions. After a whole list of whereases we get:

WHEREAS, Racism and white supremacy are, sadly, not extinct but present all over the world in various white supremacist movements, sometimes known as “white nationalism” or “alt-right”;

Typical of Leftists, the drafters are unscrupulously lumping many groups and movements together.

The drafters go on to say it’s impossible for anyone to be Alt Right and a Christian:

…the messengers to the Southern Baptist Convention, meeting in Phoenix, Arizona, June 13–14, 2017, decry every form of racism, including alt-right white supremacy, as antithetical to the Gospel of Jesus Christ;

and be it further RESOLVED, That we denounce and repudiate white supremacy and every form of racial and ethnic hatred as a scheme of the devil intended to bring suffering and division to our society;

(Needless to say, we never hear about anti-white hatred).

and be it further RESOLVED, That we acknowledge that we still must make progress in rooting out any remaining forms of intentional or unintentional racism in our midst;

This is out of the Leftist multicultural social engineering handbook. No matter how much “progress,” the social engineering never ends, and claims become ever more extreme. “Racism” used to mean concrete things like school segregation, but today it’s “structural racism,” “disparate impact,” “white privilege,” and “microaggressions.”

And it’s always white folks’ fault. Is this Christian?

and be it further RESOLVED, That we earnestly pray, both for those who advocate racist ideologies and those who are thereby deceived, that they may see their error through the light of the Gospel, repent of these hatreds, and come to know the peace and love of Christ through redeemed fellowship in the Kingdom of God, which is established from every nation, tribe, people, and language.

Again is cited the Biblical concept of “nations, tribes, peoples and languages”—which actually indicates that such divisions exist and have meaning.

Which the SBC already knows. After all, the schedule included conferences for the following:

They’re all Southern Baptists. Why do they need their own special meetings? Because they are of a particular ethnicity and like to meet others of that ethnicity.

The SBC bureaucrats think this is fine—unless whites want it too. Then it becomes evil.

So can a Christian be in the “Alt Right?” Of course! The Alt Right is not a group, but an orientation, one still in development. But we can predict if current demographic and ideological trends continue in the West, ever more whites (including Christians) will adopt some form of it, whatever the SBC says. There are already many Alt Right writers who are Christian, including:

As for the Southern Baptist Convention, my suggestion is this: dissolve!

Your church's slaveholding past is going to be a constant stumbling block for you. The Left has made clear you’ll never be rid of it. It will always be used to push you to the Left. So why not just regroup?

Moore can either find honest work or go work for the DNC or Black Lives Matter. Maybe he’ll skip the middleman and labor directly for Soros!