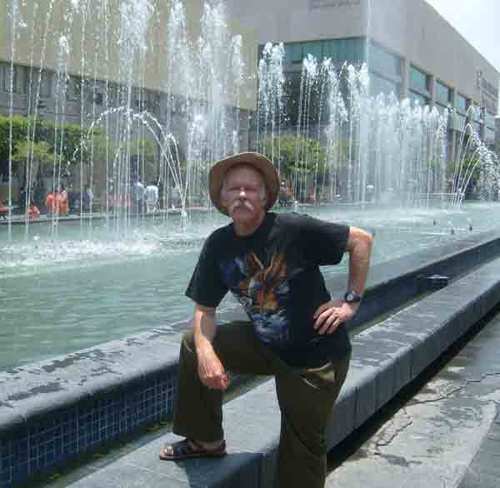 Allan Wall: Responding to Fred Reed's Attack on VDARE.COM—And Me

James Fulford has already responded to Fred Reed’s attack on VDARE.com. Fred’s article is entitled vDare, HBD, and Me: A Great Weariness. It’s also available at Unz Review, with a comments section which is still discussing the article (click here). James Fulford’s rebuttal is Fred Reed Admits To “A Great Weariness.” He Should Quit While He’s Still Behind.

Yours truly was briefly mentioned in Fred’s article, he called me a “yoyo”.

I’d like to point out that I’ve read a number of Fred’s columns through the years, and have often agreed with his points of view.

I am in agreement with Fred that many Americans don’t understand Mexico. Not that I get any credit for that from Fred. In his attack on VDARE.com, Fred declared that “Sometimes it seems to me that I am the only gringo on this whole sorry planet who does not think Mexicans are scum–filthy, perverted, and witless.”

Actually, I have argued that we should recognize the positive things about Mexico, and in fact, portraying Mexico in the worst light possible plays right into the hands of the open borders promoters.

In his article, Fred slams VDARE.com over the Age of Consent controversy, the litter controversy and HBD writers in general.

As for the Age of Consent question, Ann Coulter didn't make that up. Brenda Walker has mentioned it in her writing, and UNICEF, hardly a bastion of anti-Mexicanism, has reported that 12 is the age of consent in Mexico. [The Convention on Rights of the Child, UNICEF, Accessed August 8, 2015].

I find it puzzling that Fred would continue to deny that litter is a problem in Mexico, when Mexicans themselves say that it is. Maybe it’s not a problem in Ajijic (pronounced Aheeheec) where Fred resides. Ajijic, by the way, is a popular destination for American and Canadian retirees, and might not be the most typical place you can find in Mexico.

As for HBD, his attacks on it are not too valuable. HBD is an approach to understanding humanity. Is Fred saying it should be forbidden? It's hardly a monolithic discipline, as HBDers are not in total agreement themselves.

Besides, VDARE.com is not exclusively an HBD website. VDARE.COM includes the contributions of many writers, of varying perspectives. We may disagree on various other issues, but we agree that today’s mass immigration and state-enforced multiculturalism are not good for the country.

Fred Reed likes to brag that he has resided 13 years in Mexico. Well, I resided longer than 13 years, I too am married to a Mexican. And I was in the Mexican workforce, teaching in private schools, for fifteen years.

Curiously, although Fred Reed writes much of living in Mexico, he doesn’t seem to write much about Mexican issues per se. The Mexico angle seems to be a means to an end, a vehicle to make another point. For example, he attempts to refute HBD thinking by pointing out how smart his Mexican wife and stepdaughter are. And I'm sure they are smart. But he's not really disproving HBD.

I actually think my writings on Mexico cover a larger range of Mexico topics than Fred does in his “Fred on Everything” column. Besides the immigration issue, I’ve written about Mexican politics, culture, history, tourism, religion, social issues, the military, Mexican holidays, natural disasters and even Mexican wildlife. I believe they are fair articles. At least, that’s my intention.

You can read my Mexico articles here at VDARE.com, and also here, here and here. I invite the reader to click here to read an article I wrote a couple of years ago about Mexico not being a “hellhole” and not needing a northern safety valve. I believe the article is both respectful of Mexico and Mexicans and a defense of our country’s right to control our borders.

I believe you’ll find it has a much better balance than Fred Reed's recent attack on VDARE.com.