Actor-playboy Leonardo DiCaprio walked away from a fender bender in the Hamptons this weekend without a scratch.

But the outspoken liberal should not escape unscathed from his train wreck of high-dollar financial dealings with donors and businessmen in one of world's most rotten regimes.

Forget about the saving the environment, son. Clean up your entourage.

Tinseltown's self-proclaimed "King of the World" is entangled with accused kleptocrats in Malaysia. The activist celebrity ostentatiously condemned the "politics of greed" at the Oscars in February. Yet, he's been partying it up with some of Kuala Lumpur's most corruption-stained elites.

Recent investigations by The Hollywood Reporter tied donations received by DiCaprio's charitable foundation to a shady Malaysian government "sovereign wealth fund" known as 1MDB. Instead of being spent on economic development as intended, an estimated $3 billion from the public investment fund allegedly disappeared into offshore companies, shell accounts and the pockets of the prime minister's cronies. The money-laundering scheme that spans three continents is the subject of a sprawling Justice Department probe and asset recovery case.

DiCaprio is not accused of any wrongdoing, but two key players named by DOJ are more than just passing acquaintances of his. They are Riza Aziz, the stepson of scandal center Malaysian prime minister Najib Razak, and Malaysian billionaire businessman Jho Low, who financed Aziz's film company, Red Granite, which underwrote DiCaprio's 2013 flick, "The Wolf of Wall Street," with $100 million.

Low—a frequent party pal of DiCaprio's, with the around-the-world carbon footprint to match—allegedly used purloined funds to pay for lavish art (including a pricy Roy Lichtenstein sculpture donated for a DiCaprio charity auction); real estate (including a film production office housed in DiCaprio's Sunset Boulevard complex); and a week-long, 11-million-dollar Las Vegas gambling jaunt with DiCaprio (who had publicly thanked Aziz and Low for their role as movie production "collaborators").

This is not the first time DiCaprio has been enmeshed in funding funny business. In exchange for his equity investment and political advocacy of electric carmaker Fisker Automotive (an infamous beneficiary of President Obama's crony green energy slush fund loan guarantee program), the company agreed to support his charitable foundation and join him in a "mutual promotional arrangement via his organization dedicated to global sustainability."

Unfortunately for taxpayers who were forced to subsidize unsustainable Fisker to the tune of $529 million in green stimulus bucks, the company's product was a bust. While DiCaprio proudly touted his ownership of the first Fisker product to roll off the production lines, the $100,000 luxury hybrid Karma, the government-backed vehicle became an embarrassing symbol of federal eco-scams.

For every car sold, Fisker squandered $660,000 in tax dollars and private investment. It outsourced manufacturing to Finland, laid off its American workforce, and went bankrupt in 2013. (So did its battery maker and fellow green crony loan recipient, A123.) A Chinese industrial giant bought out both companies and has now rolled out a new version this summer claiming that its solar roof will "create enough energy to power the car."

If horse manure were sunshine, maybe. 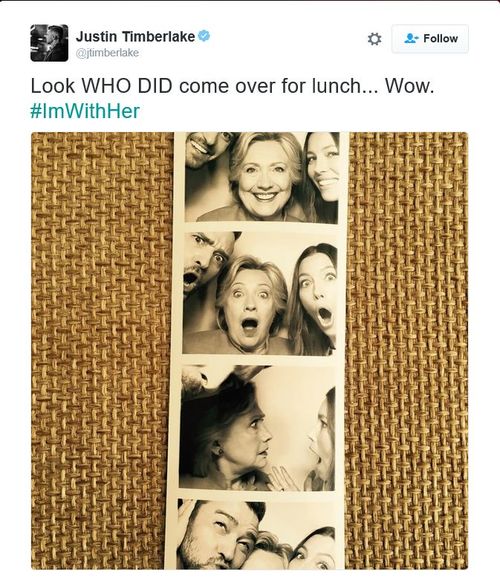 Remember this rip-off rendezvous the next time DiCaprio's lecturing you about your insufficient attention to the well-being of underprivileged or indigenous peoples.

What's next? Champion of the downtrodden DiCaprio raised eyebrows this week when he bowed out of hosting a tony campaign fundraiser for his gal Hillary Clinton amid concerns that her own pay-for-play foundation troubles might invite more scrutiny of his. Pop star Justin Timberlake stepped in at DiCaprio's request and raked in $3 million for the Democratic presidential candidate.

I can't stop the feeling that if Hollywood gets its way in November, Madam Moneybags will soon be dispensing more government-funded quid pro quo favors disguised as DiCaprio-esque do-goodism to show her appreciation.

Dirty birds of a feather flock together.