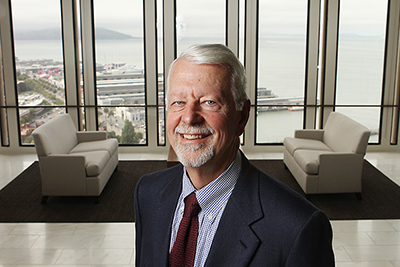 Peering at the 14th Amendment, Walker found something there the authors of the amendment never knew they put there, and even the Warren Court never found there: The states of the Union must recognize same-sex marriages as equal to traditional marriage.

With his discovery, Walker declared Proposition 8, by which 5.5 million Californians voted to prohibit state recognition of gay marriage, null and void. What the people of California voted for is irrelevant, said Walker; you cannot vote to take away constitutional rights.

If the Walker decision is upheld by the Ninth Circuit and Supreme Court, homosexual marriage will be imposed on a nation where, in 31 out of 31 state referenda, the people have rejected it as an absurdity.

This is not just judicial activism. This is judicial tyranny.

This is a perversion of what the authors of the Constitution wrote and what the states approved. Through such anti-democratic means, the left has imposed a social and moral revolution on America with only the feeblest of protests from the people or their elected leaders.

Thus, the Supreme Court purged Christianity from the public schools and public square of a nation whose presidents from Wilson to Truman to Carter declared her to be a Christian country.

Thus, the Supreme Court peered into the ninth amendment and found a constitutional right to engage in homosexual acts and procure abortions, both of which had been crimes.

But what else is the basis for laws against polygamy and incest? What else was the basis for the Mann Act, which prevented a man from taking his girlfriend across the state line to a motel?

What is the basis for prohibiting prostitution, a free exchange of money for sexual favors, if not "moral disapproval"?

What the judge is saying with this opinion is that the majority cannot define morality, and, even if it does, it cannot impose it. We are defenseless against what we believe to be moral decadence.

But not even a judge can change the meaning of words. In every language known to man, marriage is defined as a union of a man and a woman. Same-sex marriage is an oxymoron, a contradiction in terms.

Walker may call such pairings marriages, but that does not make it so. As Lincoln said, "How many legs does a dog have if you call the tail a leg? Four. Calling a tail a leg doesn't make it a leg."

"Proposition 8 fails to advance any rational basis in singling out gay men and lesbians for denial of a marriage license," said the judge.

He is calling opponents of gay marriage irrational.

This is not just an insult to the intelligence of those Californians who have rejected gay marriage, but to a majority of Americans.

Through history, all the great religions have condemned homosexuality and all the great nations have proscribed or punished it. None ever placed homosexual liaisons on the same plane as traditional marriage, which is the bedrock institution of any healthy society.

Up to today, Walker is the only federal judge to see in same-sex marriage a constitutional right. And what is the origin of this right? Supporters of Walker's decision cite the Declaration of Independence about our "inalienable rights" to "life, liberty, and the pursuit of happiness."

But that same declaration says we were endowed with those rights by our Creator. When did the Creator indicate that among these rights was for homosexuals to have their unions recognized as marriages?

The author of that declaration, Thomas Jefferson, equated homosexual acts with rape and wrote that male homosexuals (they used the term sodomites in that time) should be castrated and lesbians should have a hole cut into their noses.

Undeniably, homosexuals have the same constitutional rights of free speech, peaceable assembly and trial by jury. But what the judge has done is declare the life choices and lifestyles of gay and lesbians to be equal to the life choice of married men and women.

This is nothing but Walker's personal opinion.

But he is declaring it to be the only rational conclusion that can be reached. And having reached it, he has seized upon a phrase in the 14th amendment, "equal protection," distorted its meaning and dictated that this means his view and his values henceforth are the law in California, the voters be damned.

And what the judge dismisses and rejects as irrational is a conviction rooted in the history of the human race, biblical truth, natural law and basic common sense. For, in recent decades, male homosexuality has been linked to enteric diseases, hepatitis, AIDS and early death.

Historically, from the late Roman Empire to Weimar, flagrant homosexuality has been associated with sick societies, decadent cultures and dying civilizations. Today would appear to be no exception.