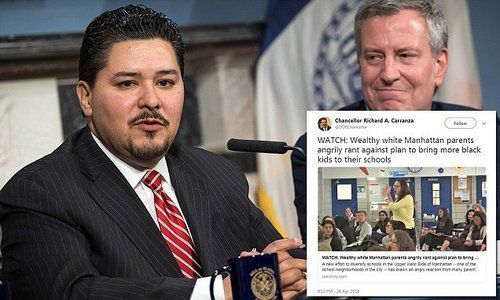 I'm having a fire sale on education stories this week. Also a parallel fire sale on quotes from my 2009 book We Are Doomed, because the education chapter of that book was the most fun to write and it's pertinent to this week's stories. Here's a sort of keynote quote from that chapter:

The whole topic of education is a glorious feast for pessimists of all kinds. 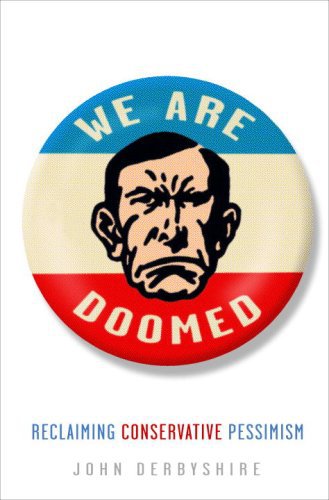 Education story #1:  PS 199 is an elementary school, kindergarten through fifth grade, on West 70th Street in Manhattan. That's a tony neighborhood. A two-bedroom apartment on West 70th will currently cost you around two million dollars.

I wrote about PS 199 in the education chapter of We Are Doomed. A kerfuffle had broken broke out in November 2008, when an apartment up there only cost one million dollars:

New York City's education department wanted to make some adjustments to school district boundaries in Manhattan. You see, a lot of these people bought those million-dollar condos so that their kids could attend PS 199 on West 70th street. It's a really good elementary school with great test results. If the proposed rezoning were to go through, though, their kids would have had to attend PS 191 at West 61st and Amsterdam Avenue. That's a lousy school with dismal test results.

Naturally these liberal, progressive, Obama-voting parents were furious. But what exactly was it about P.S. 191 that made it compare so poorly with P.S. 199 in these parents' eyes? Why did they think it's a bad school? Why didn't they want their kids to go there? What, actually, is the definition of the term "bad school"? What makes a bad school bad?

Not to keep you in suspense, gentle reader, but I looked up the student stats for the two schools on the GreatSchools.net website at the time. For PS 199, the good school those parents shelled out a million bucks for: Ice People [i.e. white and Asian students] 80 percent, Sun People [blacks and Hispanics] 19 percent. For the school our progressive post-racial liberal citizens angrily did not want their kids to go to: Ice People 12 percent, Sun People 88 percent.

Forward ten years to this last week. New York City has a new Schools Chancellor, Richard Carranza, appointed last month by the city's communist Mayor Bill de Blasio. Carranza is of Mexican parentage. He started his education career as a bilingual teacher in Tucson. And he is, of course, fiercely anti-white.

So the city Department of Education has cooked up a scheme to diversify city middle schools by reserving places in the best ones—25 percent of places—for kids with the lowest test scores in state exams. That means of course that a corresponding number of kids who scored high on the exams will be placed in crappy middle schools.

Just as in 2008, the Upper West Side Ice People are furious about this. It's their kids that do well on exams, so it's their kids that will be assigned to sinkhole middle schools while the most dimwitted and misbehaving Sun People kids will be bused into their schools.

You can actually see their fury on YouTube below. You'll see a video of a meeting of parents held at, yes, PS 199. There are thirty or forty parents in that room screeching angrily at Department of Education honchos. You can't help but notice there are not many raisins in that bun—none at all that I could see.

That video upset Schools Chancellor Carranza. He tweeted it under the headline "Watch wealthy white Manhattan parents angrily rant against plan to bring more black kids to their schools.”

See, Chancellor Carranza didn't get the memo that while it is of course fine to be anti-white, the proper targets of one's anti-whiteness are middle- and working-class white Americans. You are not supposed to direct your anti-white wrath against rich and gentry whites. That is, as the kids say, "not OK." 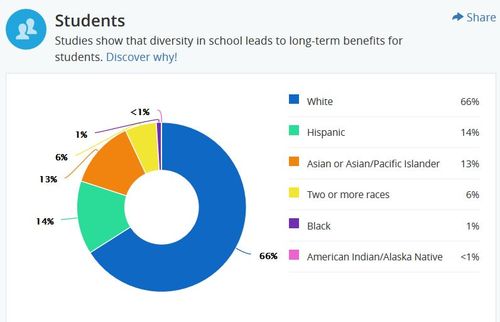 The political line-up in the U.S.A. today is top and bottom versus the middle. Rich whites and aggrieved Mexican-Americans are supposed to be on the same side against deplorable Trump voters—of whom, I venture to speculate, there are very, very few living in two-million-dollar apartments on Manhattan's Upper West Side.

How did that last effort to diversify West Side schools work out? I just looked up today's student stats for those two schools I wrote about in We Are Doomed. In 2008 PS 199 was 80 percent Ice People; today it's 79 percent. The other school, PS 191 was only 12 percent Ice People back then; today it's 20 percent, reflecting ongoing gentrification.

Upper West Side Ice People have held their own this past ten years and even made some advances. My bet would be on them having their way over the Schools Chancellor on this latest scheme.

I shall report back again on efforts to diversify Upper West Side schools in the year 2028.

Education Story #2: Another brief quote from We Are Doomed:

The recent history of modern public-education reform in this country is very nearly a history of the determination on the part of white and East Asian parents that their children not attend schools with too many black and Hispanic students.

The authorities in Liberty want to stop this happening, and they're invoking a state law from the year 2000 that lets them. If you're an Ice Person and you live in the Liberty district, the law says you can be barred from sending your kids tuition-free to a public school outside the district.

Usually the way to figure out what's going on demographically in a school district is to find big public elementary, middle, and high schools in the same zip code and look at the proportions of Ice People versus Sun People in each school. If there's a definite gradient—if there are more Sun People (blacks and Hispanics) in the middle school than in the high school, and more yet in the elementary school, you know this is a district that is demographically "turning."

I don't know what to make of that. There is actually a negative gradient from high school to middle school, with more Sun People in the high school. The elementary school does have a higher proportion than both, but only by a slim margin.

Perhaps it's high school that concentrates the parents' minds. Without them fleeing at that point, the high school's Sun People proportion would be lower.

All those figures are close to twice the proportion of Sun People living in the district, though, so there is definitely white flight.

The AP story quotes neighboring Girard School District as the one white students are fleeing to. I looked up their high school: Sun People eight percent.

The Girard school board president said his district doesn't do targeted recruiting and welcomes any students who choose to attend as long as they're in good standing and the school has room. The AP report quotes him as saying, "I don't care what color they are," and says he was frustrated to be talking about race at all.

Well, duh. Of course, it's frustrating. It's frustrating because everyone knows the plain realities here. But everyone also knows that speaking honestly about them can get you fired and ostracized.

This is life under a regime of compulsory public dishonesty.

Education Story #3: My final story is about higher education, college education, for students from poor families. "Poor" is defined to mean a family income below $40,000.

How well do colleges do at educating these students from poor families? Well, no surprise, some colleges do better than others.

Strikingly, though, one state system stands out:

Schools in the University of California system are doing significantly better than other four-year colleges and universities in the country when it comes to enrolling low-income students and seeing them across the finish line.

That quote is from a thoughtful and quite long—over a thousand words—May 1st article by Adam Harris in The Atlantic monthly: The University of California Stands Out Among Top Schools When It Comes to Serving Poor Students.

OK, here's the punchline to the story: Nowhere in that thousand-word article is there any speculation that California might have more poor East and South Asians than other states.

Does it, actually? I don't know, but on general principles I'd think it likely. Wouldn't it be something that would occur to an investigative reporter, something worth a mention—a sentence or two, perhaps—in a thousand-word piece?

No, it wouldn't—not to a totally CultMarx-compliant writer, one who has schooled himself rigorously in the belief that, but for social disadvantages, all human races are perfectly equal in capabilities—and in the meta-belief that to believe otherwise is wicked.