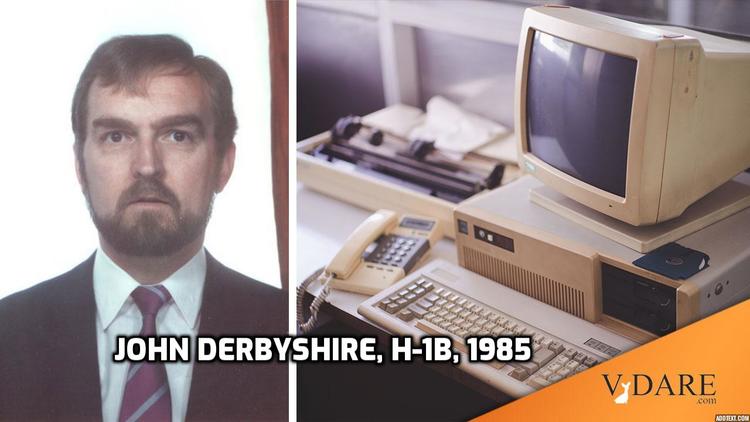 A lot of pink slips have been going out in the software biz. Elon Musk, following his takeover of Twitter, has summarily fired about half of the firm’s 7,500 employees [Elon Musk just showed us how not to fire people, by Michelle Singletary, Washington Post, November 9, 2022]. Meanwhile Mark Zuckerberg’s brainchild Meta is laying off one in eight of its workforce, around eleven thousand souls [Meta laying off more than 11,000 employees: Read Zuckerberg’s letter announcing the cuts, by Jonathan Vanian, CNBC, November 9, 2022].

I’m not clear what’s driving Musk here, but Zuckerberg is just dealing with market failure. The Metaverse virtual-reality app that inspired his company’s name change is a flopperoo with less than 200,000 users at year’s end, when the firm had been aiming for 500,000 [How Meta went from a trillion-dollar company to mass layoffs, by Daniel Howley, Yahoo Finance, November 10, 2022].

At the same time interest in Meta’s other products, like Facebook and Instagram, has been declining as the mostly-young customer base has moved on to more fashionable and less intellectually demanding apps like TikTok.

The stories about these layoffs have been garnished with sub-stories about laid-off employees, mostly I’d guess in the software development areas, who had been hired in as guest workers, coming from other countries on H-1B visas. Some of these stories reach out to tug at our heartstrings.

Earlier this year, while being fully pregnant I worked day and night to successfully deliver a critical user-facing privacy feature to meet Twitter’s regulatory obligations. I gave my heart and soul every day to meet Twitter’s Security and Privacy promises to users and regulators. I loved my work, my team and am really proud of the work I did during my time at Twitter. But unfortunately, my employer didn’t love me back.

The rule for H-1B visa holders, you see, is that your employer is your sponsor for the visa. When he is no longer your employer, you are sponsorless. Then you have sixty days to find a new sponsor. If you can’t, your H-1B visa expires and you have to go back to your home country.

As you can imagine, during those sixty days of sponsorlessness the laid-off H-1Bs are desperate to find a new sponsor. Wage-bargaining-wise, it’s a buyer’s market.

I don’t know what the percentage of H-1Bs at Twitter is. In Meta it’s more than fifteen percent overall [Meta’s H-1B layoffs challenge visa holders and U.S. workers, by Patrick Thibodeau, TechTarget.com, November 10, 2022]. Zuckerberg has been an energetic lobbyist for guest-worker visas since at least 2013, when he founded FWD.us.

We don’t know how many of the eleven thousand laid off at Meta are H-1Bs, but I’d guess it’s more than that company-wide average of fifteen percent. Somewhere in the range two to five thousand would be my guess.

As the market for tech jobs floods with these desperate laid-off H-1Bs, the big losers will of course be American tech workers. There’s nothing much new about that.

Our own software developers have for decades faced fewer job opportunities and lower wages through abuse of the guest-worker programs.

Here I should give credit to Donald Trump and his administration. They fought hard against the guest-worker racket, with some success; but the combined forces of the Chamber of Commerce and the federal judiciary won at last.

As a 2021 report in Forbes magazine said—triumphantly, of course: ”On H-1B visas, the Trump administration came into office like a lion and exited like a lamb.”

A blueprint of how the Trump administration, with policy memos and EOs and without a single bill passing through Congress, tried everything in their power to make the life of high skilled immigrants harder. https://t.co/Jo8x3o1Oeq

(Of course, this was by notorious Open Borders propagandist Stuart Anderson [Tweet him]. For his review of VDARE.com Editor Peter Brimelow’s 1995 book Alien Nation, see here and see also James Fulford’s blog post After All These Years, Stuart Anderson Is Still Pushing Cheap Labor Tech Immigrants from April of this year).

I suppose it’s possible that these layoffs, perhaps with more to come, will reignite the issue of H-1B abuse in particular and legal immigration in general.

It’s possible, but I don’t hold out much hope, certainly not under the current administration. Given their insouciance about illegal immigration, why should we expect them to ever give a moment’s critical thought to the legal sort?

Most likely we’ll just be fed more weepy stories like Ms. Krishnaswamy’s to show how heartless of us it is to have any rules about visa duration and validity.

Yes: I myself came here on an H-1 visa to do software development in 1985—see I Was A Legal Alien for the complete history. (The H-1 had not yet speciated into H-1A and H-1B. H-1A is for nurses.)

I was hired with a draft of a dozen or so other British programmers (as we were then called) to support the Reagan Boom on Wall Street. So far as I could discover, we were hired on the same terms as our American colleagues, none of whom ever showed any resentment of us.

Around half of that draft went back to Britain when the two-year visa term was up. They had family issues that took them back; or they’d just wanted to give America a try but found they preferred the homeland.

My case was somewhat special. A few days after landing here in October 1985 I decided to get married, so I was looking for some stability. I was a bit surprised by how many of my draft went back; but I was already part-Americanized, having lived here in the 1970s when young enough to make the necessary adaptations.

There wasn’t any desperation in 1985. These were still the Boomer Heaven years: easy to find work, especially in IT, no pressure or anxiety. Aaaaah…