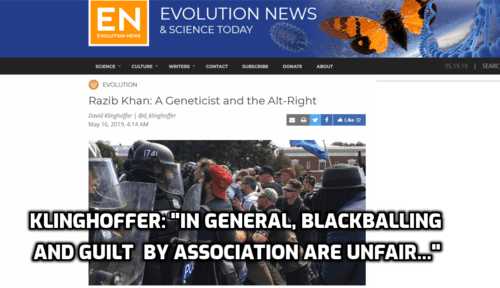 John Derbyshire Is Nostalgic For Creationism—It Was Nicer Than Cultural Marxism.

I got a little blast from the past reading Razib Khan's May 13th piece at National Review: Conservatives Shouldn't Fear Evolutionary Theory.

Just some background on Razib. I have known him for more than twenty years, since we were both on Steve Sailer's original Human BioDiversity discussion group. Razib is a geneticist, most particularly a population geneticist, with a wonderfully comprehensive knowledge of how the various peoples of the world differ from each other and how they got to be where they are.

Razib runs the Gene Expression blog at gnxp.com. His May 11th post there on the Uighurs is pretty representative of his interests: history, religion, and population genetics.

Just a word of warning: If you feel you want to comment at that blog, let me tell you that Razib is a serious rival to Greg Cochran for the world championship of Not Suffering Fools Gladly. If you want to challenge him, just make quite sure you know what you're talking about.

Well, on Tuesday Razib published this piece at National Review. It’s is a polite and non-vituperative but very eloquent defense of the scientific approach in general, and of modern evolutionary biology in particular. Sample quote: "Nature is not wish fulfilment; reality is not constructed by social ideologies."

As I started by saying, this struck me as a blast from the past; and it stirred a peculiar kind of nostalgia in me. Let me try to explain that.

When I first got involved in writing for conservative outlets in the U.S.A. twenty-some years ago, Creationism—which had been rebranded in the 1990s as "Intelligent Design"—was the default position among my colleagues. Bill Buckley, for example, was a Creationist; Pat Buchanan I think still is one; Ann Coulter likewise, last time I checked. 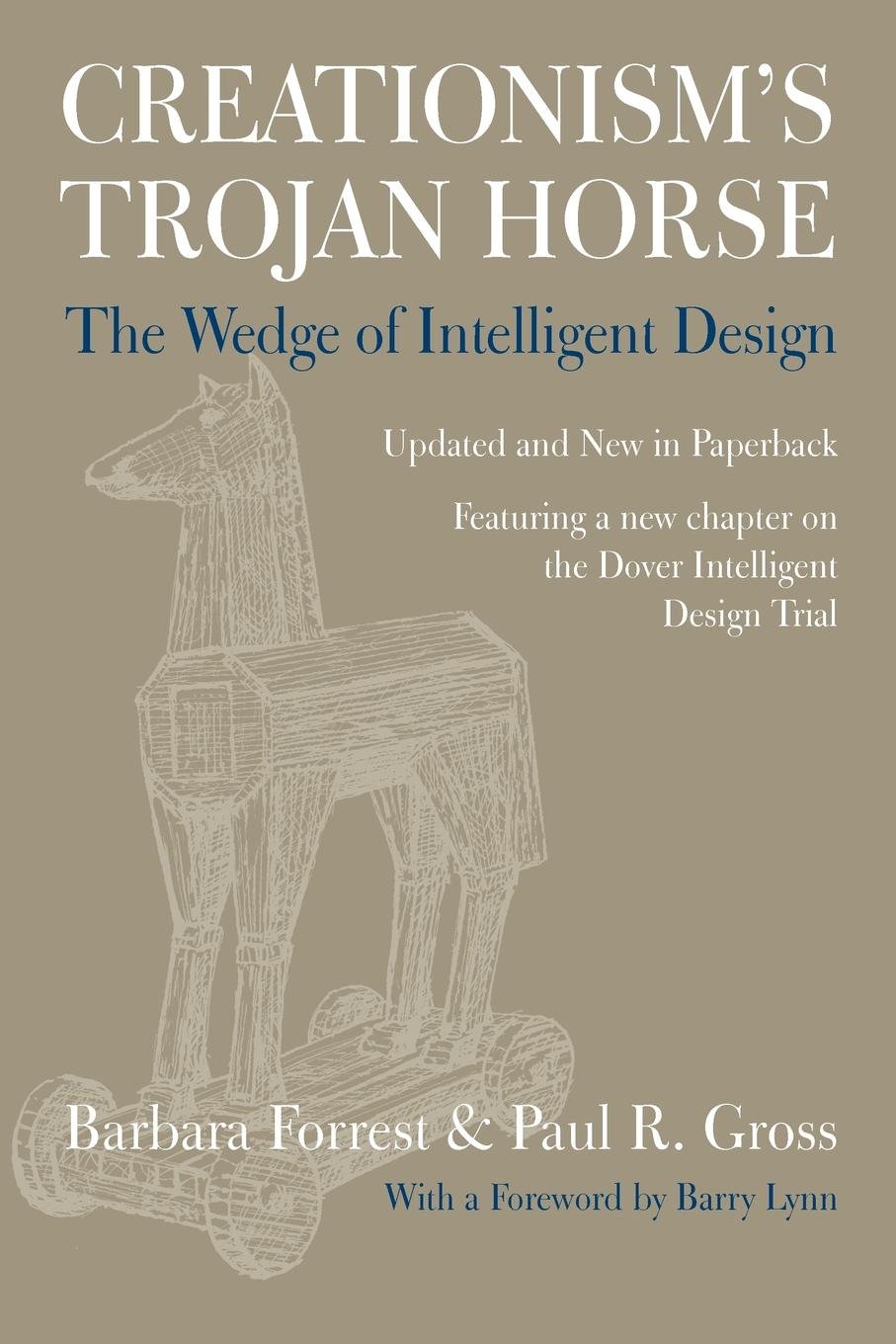 One anti-Creationism piece I published in their pages, in February 2005, got the attention of the Discovery Institute, which is a Creationist think tank in Seattle. They sent a whole squad of people over to New York to try to get the magazine back on the Creationist rails, including some of their big guns: Bruce Chapman, George Gilder, Michael Behe.

We—that is, me and a couple of National Review editors—met with them in the library. The exchanges were cordial, but of course nobody's mind was changed.

(Witness my former National Review colleague David Klinghoffer, who has just written on the Discovery Institute’s website that “in general, blackballing and guilt by association are unfair, and they are out of control in our culture at the moment. I would much rather err on the side of tolerance and forgiveness” —but then proceeds to blackball/ guilt by association Razib because he has been “canoodling with the racist Alt-Right” and his work has appeared in “vile publications like The Unz Review and Taki’s Magazine.” David goes on:

Khan is probably a perfectly decent guy. In fact, several leading figures at alt-right journals — Taki Theodoracopulos, Peter Brimelow, and the aforementioned Steve Sailer — were writers whose work I enjoyed editing at National Review in the 1990s. That was before they took off in these unfortunate directions, parting ways with mainstream conservatives. They were all very talented and pleasant to deal with.

Razib Khan: A Geneticist and the Alt-Right, by David Klinghoffer, Evolution News, May 16, 2019

That’s nice of you, David! So Creationism seems to be allying with Race Denial—with which it indeed has much in common).

Creationism is still around, but it's faded as an issue among legacy conservatives—what we at VDARE.com call "Conservatism, Inc."—and it's not an issue at all on the Dissident Right, far as I am aware. The Dissident Right is science-friendly. Why wouldn't it be? Everything science turns up reinforces our view of human nature.

What caused Creationism to lose market share? Well, it suffered two setbacks, one sudden and one gradual.

The sudden setback was the Kitzmiller decision of later that year, 2005. A Pennsylvania school board had mandated the teaching of Creationism; some parents sued, and won their case. The Creationists did not come well out of Kitzmiller. The courtroom exchanges shone an unflattering light on their dishonesty and double-talk.

The gradual setback was the rapid advances in genetics that were getting airborne about the same time, as described by Razib in his piece. In the last fifteen years we have gotten a much better grip on the actual chemical and biological processes underlying evolutionary change.

Science has greatly improved our understanding. None of the new things we have learned supports Creationism; none of them has overthrown orthodox biology, as Creationists of the 1990s were promising was about to happen any day.

Meanwhile, as real science has advanced, Creationism has stood still, adding nothing to the stock of human knowledge. The science versus Creationism match-up has turned out to be no contest.

Having been on the side of science all along, believing that truth is better than falsehood, I'm glad that Creationism has declined. At the same time, though, I can't help feeling some nostalgia for it. 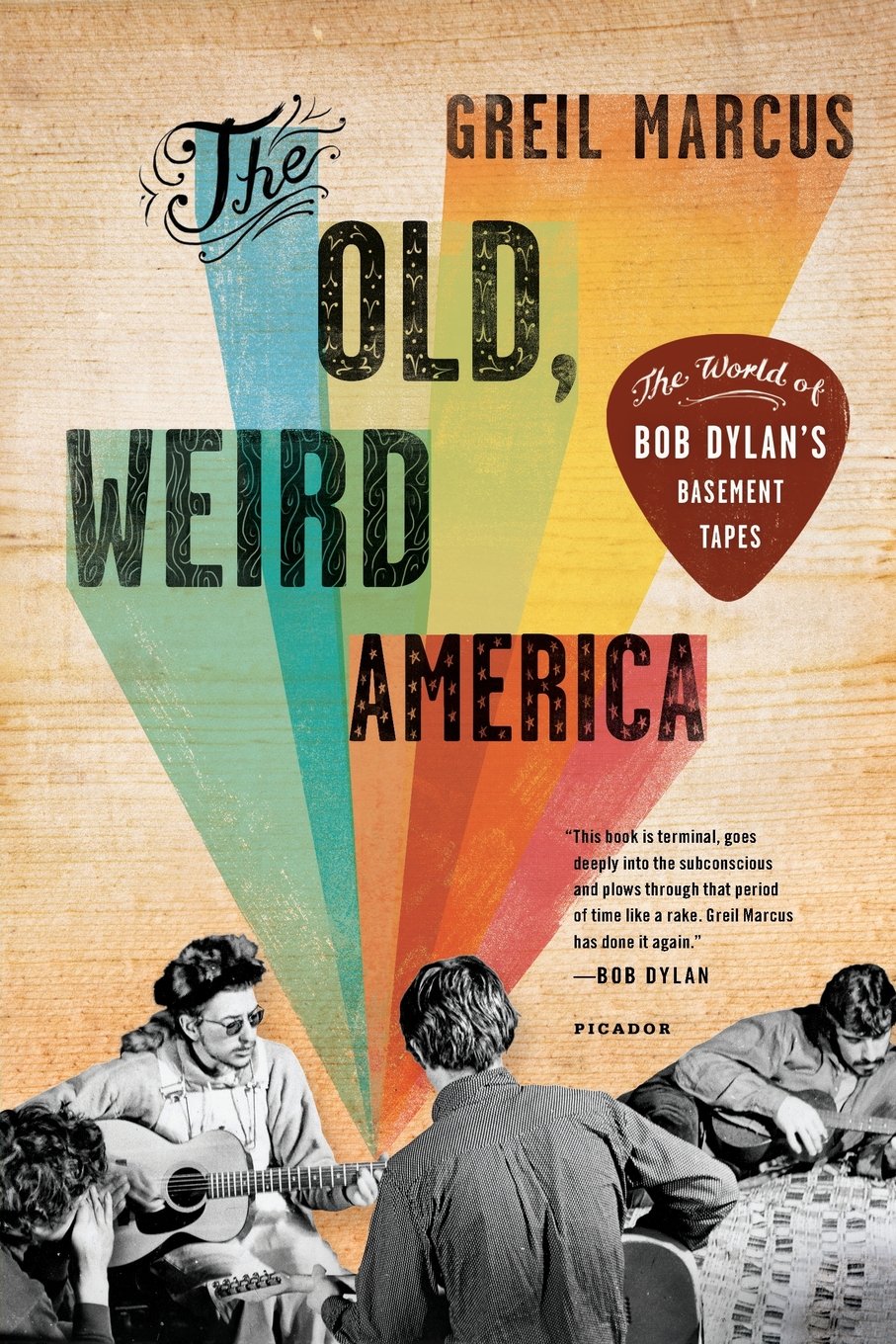 Creationism was ignorant and unscientific, but it was harmless. It was in fact a remnant of the old, weird America for which people of my generation feel a romantic affection.

Creationism was very American. I suppose we had Creationists in England fifty years ago, but they made no noise; nobody paid them any attention. It was one of those quirky American things, like high school proms or affixing "Jr." to your name or eating peanut butter with jam.

Creationism was nutty and wrong, but in a civilized way, a very American way. Now we have a new style of superstitious ignorance, a style that is not civilized at all, nor especially American: a style that is barbarous, violent, cosmopolitan, and crazed with power.

I was never going to be a Creationist. But now that Creationism is fading, I miss it.

My very strong preference is that youngsters in our schools and colleges be taught true facts about nature, and about human nature.

If that's too much to ask, and we're going to teach the kids hogwash, I'd rather it was the harmless, nutty American hogwash of Creationism than the evil, poisonous, equally anti-science  nation-breaking hogwash of Cultural Marxism.