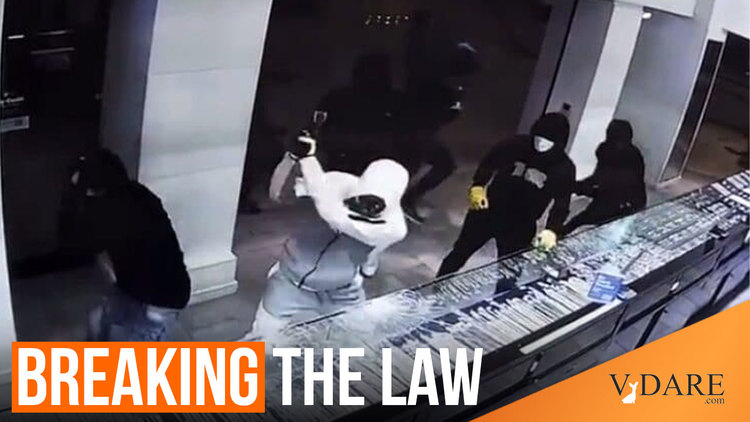 I've been banging on recently about how we have become a lawless society. Here are some random updates on that.

How did wait time for approval of a pistol permit go from three months to six times as long? I asked the police spokeslady. She replied: "We're hopelessly backed up. Everyone wants a pistol permit nowadays."

I think that's what financial analysts call "a leading indicator."

Pedro Gonzalez of Chronicles Magazine offered it on Twitter the other day.

Pedro started from a letter dated December 9th to the leaders of the Senate and the House of Representatives in D.C.: Schumer, McConnell, Pelosi, and McCarthy. 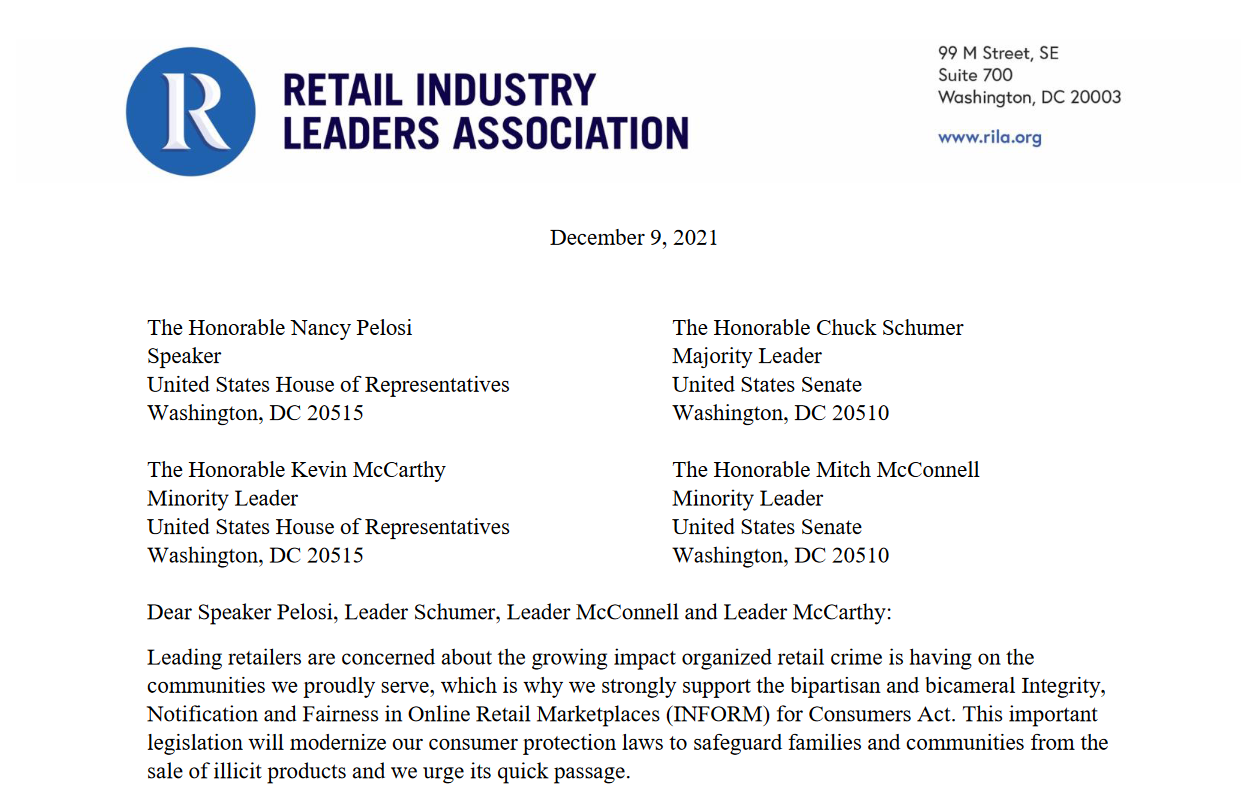 The letter is signed by 21 members of the Retail Industry Leaders Association, representing big chain retailers like Best Buy, Foot Locker, Nordstrom, Target, CVS, Walgreens, and so on. These retailers beg the congressfolk to do something or other about the current outbreak of flagrant looting that is mostly going unpunished.

Above the link to that letter Pedro tweets the following, tweet:

A June 2020 sample from one recent looting victim:

In memory of George Floyd - Please see our latest update and expect more in the days, weeks and months to come. pic.twitter.com/uO4yey4u8D

So they *deserve* to have their stores wrecked. These looters are just giving CEOs what they deserve, good and hard.

See also "Be Brave, Do Something"—Ashley Rae Goldenberg's List Of Corporations That Support The Riots And Want You Dead, June 8, 2020.

As I said: much quiet pleasure.

Yes: all those affluent liberals in 90210, like the inhabitants of my own humble suburban New York county, are arming up.

They feel terrible about it, of course. Or not so much terrible as in denial: the New York Post quotes Vera Markowitz, a former 1960s radical who was a member of Students for a Democratic Society, a far-Left group, before moving to Beverly Hills:

I think I'm still radical, but I'm radical in the middle. I'm just not on the extreme of anything. I've always believed that when you believe in something, you fight for whatever it is.

Yeah, whatever, Vera. Just make sure to plant your feet in a good firm stance before taking aim.

As we all know, many of the January 6th Mostly Peaceful Protestors are still in jail after almost a year, in spite of not having been convicted of anything, or even brought to trial. The precise jail they are in is the Washington, D.C. Central Detention Facility, the CDF. Deputy Warden of the CDF is one Kathleen Landerkin, a fifty-something white lady.

Ms. Landerkin, it has turned out, is a raging, screeching Leftist with a very advanced case of Trump Derangement Syndrome. She has a Twitter trail of crude, savage attacks on Trump supporters, such as "I can't wait until you're all extinct." [More… Unhinged Deputy Warden Kathleen Landerkin of the DC Prison Wants White Republicans Extinct, BreakingNews.exchange, December 13, 2021]

So I doubt the letter from MTG & Co. will have any effect. But it's good to see our congresscritters taking a stand for what's right.

Ms. Potter, you'll recall, is the white police officer, now ex-police officer, who shot black-ish Daunte Wright back in April. Wright was another urban lowlife in the tradition of George Floyd, Ahmaud Arbery, Michael Brown, and Trayvon Martin, with a warrant out for armed robbery.

A Radio Derb listener emailed in to tell me that with Daunte Wright's lawyers suing the city and county for a George Floyd–sized civil settlement, a law firm representing Daunte Wright's victims is suing his estate for a nice big piece of that settlement.

As of November 29th there were three of these lawsuits against Daunte Wright's estate.

So when Benjamin Crump, who is representing Daunte Wright's family against the city and the county, gets a nice big fat settlement like the $27 million he got for George Floyd's family, this other law firm will swoop in for a share of it.

Since Crump will have his contingency fee safely in the bank at that point, I doubt he'll care.