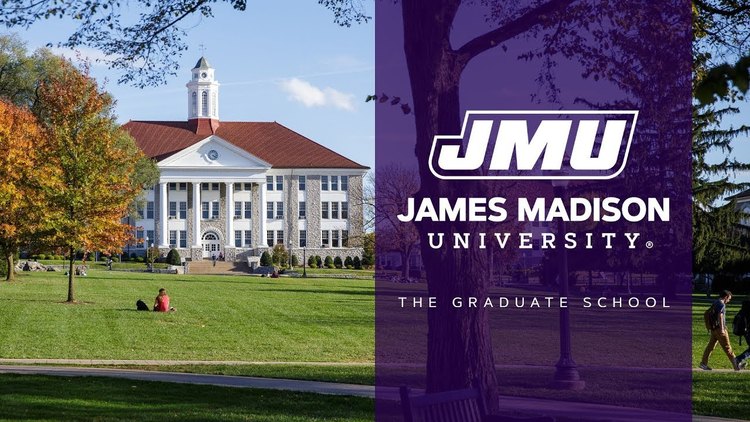 Fourth of July irony: A university named after James Madison, the “Father of the Constitution” (who also thought blacks should have been freed and expelled from the United States) hires a president, Jonathan Alger, who thinks the Constitution permits excluding your white son from a college in favor of less qualified minorities to achieve “diversity.” His term began July 1.

And another irony: The board of visitors that hired Alger, formerly senior vice president and general counsel at Rutgers University, is peppered with Republicans—such as Susan Allen, wife of the former senator from and governor of Virginia, George Allen. “Mr. Macaca” is now running against leftist Democrat Tim Kaine to replace Sen. Jim Webb.

Reportedly the board voted unanimously for Alger. Maybe Mrs. Allen thought she could expiate her husband’s sin. But probably the school’s visitors were just clueless.

Not that they shouldn’t have expected a man of the Left. The recruiting company that found Alger is a “women-owned executive search firm with a diverse consulting team” in “active pursuit of diversity.”

They just happened to find the one of the Left’s most successful legal hitmen in the war to “diversify” American campuses. Alger was the University of Michigan’s counsel when it successfully (with some help from the Bush Administration)  beat down a challenge from white students to its policy of reverse discrimination.

Such was the acclamation for Alger—witness Republican (!) Virginia Governor Gov. Bob McDonnell’s hosannas—that one would have thought his elevation was nothing short of the Second Coming.

But of course, the boneheads who approved hiring Alger won’t suffer the result of their decision. JMU won’t reject wealthy and connected families’ children or grandchildren so academically unqualified blacks and Hispanics can enter. Rather, the children of working class white Virginians will get the rejection letters.

Not that JMU, by the way, is a stranger to the diversity racket. The school has an “Office of Diversity” run by two “special assistants to the president.” One of them is a professor of African history, the other a full-time bureaucrat. The university also boasts a “Multicultural Recruitment” office and an “Office of Equal Opportunity.”

But in Alger [Email him] it now has an anti-white legal powerhouse at the helm.

Called “Mr. Diversity” by Corporate Counsel magazine, [December 2008] Alger long ago explained why diversity is crucial to the success of a university in article for Academe, the Bulletin of the radical leftist American Association of University Professors. He was not only associate counsel for the AAUP but also the staff liaison for its grandiloquently named “Committee  on Historically Black Institutions and the Status of Minorities in the Profession.”

“Diversity is not a dirty word,” Alger assured readers in 1997, as if any of the copiously degreed savants at AAUP entertained such a heresy.

the opponents of race-based affirmative action have largely succeeded in convincing the courts and the public that the goal of racial diversity reflects and reinforces racial stereotypes, acts as a poor substitute for true intellectual diversity, and serves as a thinly disguised excuse for racial quotas.

And more than that:

Too often these criticisms have been on target, in part because universities have failed to establish the fundamental link between diversity and their educational missions. If programs premised on the need for diversity are to survive in this legal and political climate, the educational value of these programs for all students must be fully and forcefully articulated.

Alger argued that diversity is a “means to an end,” as opposed to an end itself. That end: an education that offers graduates a better chance to succeed in the world because they have been exposed to minorities.

For example, by seeing firsthand that all black or Hispanic students in their classes do not act or think alike, white students can overcome learned prejudices that may have arisen in part from a lack of direct exposure to individuals of other races. One can imagine the impact on a white student from a homogenous white suburban background, whose views regarding blacks have been shaped primarily by television and movies, of a law school class featuring arguments from black students as diverse as Thurgood Marshall and Clarence Thomas. Likewise, the recently immigrated Asian American student in the same class, who assumes that most white Americans think alike, may be surprised by white students with opinions as diverse as Antonin Scalia and Ruth Bader Ginsburg.

Similarly, prejudices can be overcome when students discover just how much they have in common with their peers from other races.

Prejudice is learned behavior, and the prevalence of young offenders in racially motivated hate crimes demonstrates that it is learned at an early age. Due to local control of elementary and secondary education in this country [my suspicious emphasis—GS], many students attend neighborhood schools that are segregated according to local demographics.

Apparently, Alger never entertained the thought that some students might harbor “prejudices” because of “direct exposure to individuals of other races.”

Nor, obviously, was Alger referring to black-on-white “hate crimes,” atrocities such as the 1970s  Zebra Murders that left, according to Nicholas Stix’s account, at least 15 whites dead and nine wounded.

Alger claims that the “educational benefit” of diversity “is universal in that all students learn from it, not just minority students who might have received a ‘bump’ in the admissions process”:

Indeed, majority students who have previously lacked significant direct exposure to minorities frequently have the most to gain from interaction with individuals of other races. The universality of this benefit distinguishes the diversity rationale from the rationale of remedying discrimination, under which minority students receive special consideration to make up for past injustices to their racial group.

Now he tells us! In other words, Alger is dropping the pretence that affirmative action was remedial, and therefore temporary. His slogan, to adapt George Wallace: “Quotas now, quotas tomorrow, quotas forever!”

Alger believes that diversity is an “institutional mission.” He thinks the idea of “merit,” (which he puts in quotes) is passé:

[A]ny of a number of factors that distinguish a particular applicant from large numbers of other individuals in the pool may also contribute to the overall learning environment. An applicant's "merit" therefore cannot be measured in the abstract without reference to other applicants; each individual's characteristics must be compared with the needs of the class as a whole.

This, of course, is a frankly political and social-engineering agenda. Does it apply when selecting future brain surgeons, pharmacists etc.?

The predominantly white parents and alumni who cough up the taxes, tuition and contributions for JMU, along with alleged conservatives on its board, don’t seem to realize what’s going on. Then again, many of them consumed a steady diet of Algerian-type propaganda at school, so maybe they genuinely see nothing wrong it.

We’ll have to see which white kids Alger offers to the god of diversity. It won’t be his own.

The fourth president’s eponymous school is declaring war on the people to whom he wanted to bequeath the country he helped create.

John Smith [Email him] is regrettably familiar with diversity and affirmative action.