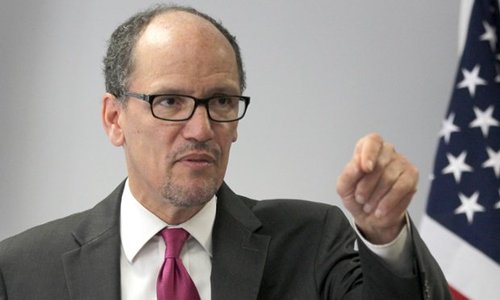 Gird your loins, Beltway Republicans. Election Day is barely over, but the progressive left is locked and loaded for battle over President Obama's next U.S. attorney general.

California Democratic Rep. Linda Sanchez gushed to Politico: "Being around him makes me a little bit giddy. ... He cares about the stuff that I care about, and he's so articulate about it." The "stuff" Perez cares about is the bread and butter of radical leftwing identity politics. It's "social justice"-crusading on steroids.

"Disparate-impact" studies serve as high-octane fuel for a greedy fleet of civil-rights lawsuits. Once the numbers are cooked and disparate impact is shown, the heavy legal burden of disproving racial discrimination falls on the defendant. Lenders and insurers have forked over tens of millions of dollars in these social engineering shakedowns.

Neither Congress nor the federal Fair Housing Act embraces disparate impact theory or practice. But Perez plowed ahead anyway. Judge Richard Leon on Monday blasted Perez's legal overreach as "hutzpah (bordering on desperation)" and described Perez's backroom maneuvering to prevent the Supreme Court from weighing in on the scheme as "troubling." [PDF]

A congressional investigation last year found that Perez—then serving as an assistant attorney general in the Obama Justice Department—cut a deal with the city of St. Paul, Minn., to withdraw a SCOTUS appeal that could have limited Perez's use of disparate impact tools. In exchange, the DOJ declined to intervene in two unrelated legal complaints against the city.

The quid pro quo wasn't just full of hutzpah. It reeked of the very kind of justice-sabotaging corruption that Holder trademarked at DOJ.

Leon isn't the only one who smells a rat. Last year, the DOJ Inspector General's office spotlighted racialist foul play at Perez's bureau, where "polarization and mistrust" reigned. [PDF] Perez was explicitly hostile to race-neutral law enforcement and as Virginia GOP Rep. Frank Wolf summed up: The "report makes clear that the division has become a rat's nest of unacceptable and unprofessional actions, and even outright threats against career attorneys and systemic mismanagement."

Perez has used his power to conduct vengeful witch-hunts against police departments and advocates of strict immigration enforcement. The son of immigrants from the Dominican Republic and former special counsel for the late illegal alien amnesty champion Sen. Ted Kennedy made a career putting illegal aliens above law-abiding citizens. He is a selective enforcer of the nation's laws. A leader of the George Soros-funded Casa de Maryland illegal alien advocacy group, Perez lobbied for in-state tuition discounts for illegal alien students, driver's licenses and tax-subsidized day labor centers. 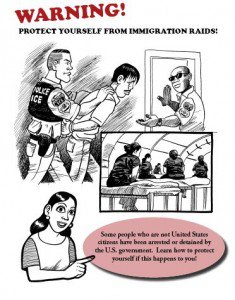 A post-election fight over Perez "would rally Democrats—and put Republicans on the defensive," Mother Jones writer David Corn [Email him] advised his fellow leftists, as well as "yield the extra benefit of reinforcing the negative attitudes Latinos have toward the Republican Party."

This looks to be the new Senate Republicans' first test of spinal fortitude. Will they fight for equal justice under the law or crumble under pressure from ethnic special interests? Will they reject the open-borders lobby or cave to race-card politics as usual? After an entire election cycle of GOP promises to buck Obama, will Senate Republican newbies deliver the goods or capitulate to craven political correctness?

Get ready. Get set. Don't fail.