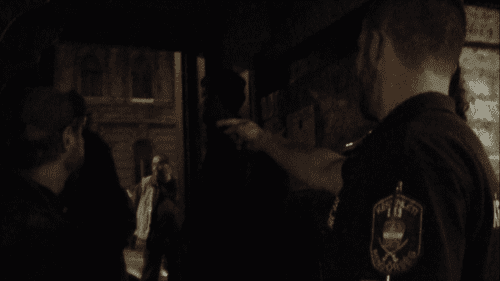 See also Why Was VDARE.com So Interested In NPI’s Hungarian Conference? Because We Are All Richard Spencer Now, by Peter Brimelow

As soon as I heard that the Hungarian government was seeking to prevent Richard B. Spencer and other participants in the National Policy Institute’s European Congress conference from entering the country, I expected Leftist snark about how Spencer and the other attendees are “illegal aliens” and how they are hypocritical for defying Hungary’s laws while supporting immigration control.

Sure enough, Daryle Lamont Jenkins (who was ordered to pay the late David Yeagley, $50, 000 for shutting down the American Renaissance conference right here in America in 2010) wrote on the One Peoples Project website that

The National Policy Institute's Dick Spencersays the conference will go on as planned, meaning that as an American he is going to invade a foreign land to hold an event where he will no doubt complain about other people invading foreign lands.”

The Hungarian government has since deported NPI Chairman Bill Regnery. It has detained Spencer and reportedly will deport him on Monday. The conference continued underground.

As usual, the U.S. Main Stream Media has been slow to pick up on this repression of non-liberals, but if it does I expect much more snark about “right-wing illegal immigrants.”

Indeed, some on the Right are falling for this and claiming we must respect other country’s immigration policies. One commenter on the Occidental Dissent website wrote:

If a nation doesn’t want you holding a conference on its territory, you don’t ignore their wishes, barge right in, and mewl about your “rights”. In America, I’d fight to the death if necessary to defend my freedom of speech and freedom of assembly. In America, these rights are my property, the heritage handed down to me by my ancestors. In any other country of the world, I’d conduct myself with deference, as a guest should – especially in Hungary, the most politically enlightened nation in the western world, for which I have the utmost respect, and whose government I have no desire to embarrass.

Similarly, in 2009 when the British government banned Michael Savage from entering the country, Dylan Hales wrote on TakiMag that

The UK’s decision to ban Michael Savage from their shores may be stupid, but it’s also none of our business. There is no harm in calling it absurd of course, but the notion that Mr. Savage has a “right” to be an unwanted guest is something any serious restrictionist ought to fiercely oppose.

Is it hypocritical to oppose the Hungarian government’s action?

No. In fact, the claim is absurd. A few hundred fellow Westerners, visiting a country as tourists, to have an intellectual discussion while contributing to the local economy, is not the same as millions of uneducated peasants settling into a country while taking jobs, using social services, and ultimately voting to dispossess the historic nation.

Unless you believe that, because we demand that America restrict and enforce its immigration laws, we have a duty to support every other country’s policies related to admission of foreign nationals, then we need to first understand what the Hungarian government did, and whether we would support the American government taking analogous action.

The National Policy Institute planned on holding an intellectual meeting in Hungary. Many socialist members of the Hungarian parliament demanded that the government stop the conference from occurring. After initially denouncing it, Prime Minister Victor Orban eventually instructed Interior Minister Sandor Pinter to use “all legal means” to stop the conference.

One speaker, Alexander Dugin, was a Russian National. Hungary reportedly denied him a visa. But all of the other speakers were from the European Union or the United States, who do not need visas for short-term visits to Hungary.

The Hungarian government denounced the speakers as “extremists” and “racists” and expressed its intention—though as far as I can tell, only through the press—to prevent them from entering the country.

I am not an expert on Hungarian immigration law. However, I suspect that the government needs some legal justification to bar someone otherwise lawfully entitled to entry into the country, other than that it does not like what they have to say.

But an academic summary of Hungarian hate speech laws contains no mention of bans on “race theory,” bans of generic “hate groups” or “hate meetings” or any sort of prescriptive laws allowing injunctions against “Hate Speech.”

It is possible that Hungarian Executive has the right to deport any non-citizen for any reason—though the fact that Interior Minister Pinter made only vague legalistic noises makes me suspect they simply decided to deport Spencer and deal with any legal fall-out after the fact.

How does this compare to U.S. law?

Obviously, our First Amendment, while weakened, prevents overt government repression like that perpetrated by Prime Minister Orban.

The Supreme Court held inKleindienst v. Mandel that the First Amendment does not apply to the right to immigrate. However, as VDARE.com’s Washington Watcher has pointed out, this ruling did not give the President blanket authority to deny entry to anyone he disagreed with. The case involved an open Communist. At the time, the United States had a law that gave the Attorney General authority to deny visas to Communists.

If Geert Wilders or Marine Le Pen wanted to come to America to speak against mass immigration, the President would have no statutory grounds to deny them admission based on their political views. (Although admittedly the Reagan Administration barred Ulster Protestant leader Ian Paisley, then a British Member of Parliament, because of his “near advocacy of violence.” [Paisley's US ban was 'more about him personally than his policies', by Ed Carty, Irish Independent, October 6, 2014]

Certainly, once Wilders or Le Pen came to America legally, any attempts to disrupt their speech would violate the First Amendment.

If President Obama and Eric Holder conspired to prevent Le Pen and Wilders from entering the country without any legal justification, and then harassed the hotels that planned on hosting them, would NPI’s Richard Spencer be cheering them on?

So there is nothing hypocritical about decrying the authoritarian tactics of Hungarian government—and of whoever else, whether the European Union or the U.S. State Department’s Victoria Nuland, was really behind this atrocity.