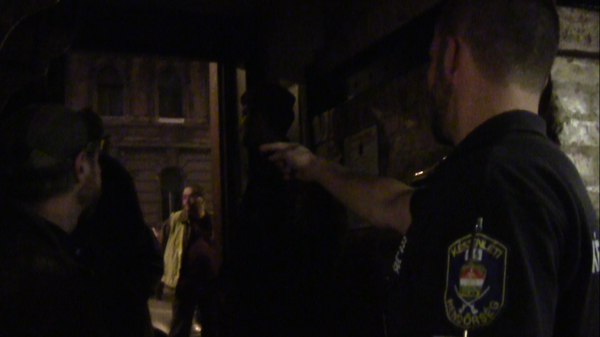 Police raided an informal gathering of National Policy Institute conference attendees in Budapest.  Reportedly, Richard Spencer has been detained.  However, other organizers are still free so it's unclear whether the alternative venue will proceed.

We'll be updating tomorrow with whatever happens.

Crazy night in Budapest. Will await further word on fate of @RichardBSpencer and the planned conference and speakers tomorrow.

Police presence was significant. The Hungarian government does not want the #FutureofEurope conference to take place. pic.twitter.com/pEolFH7XC7