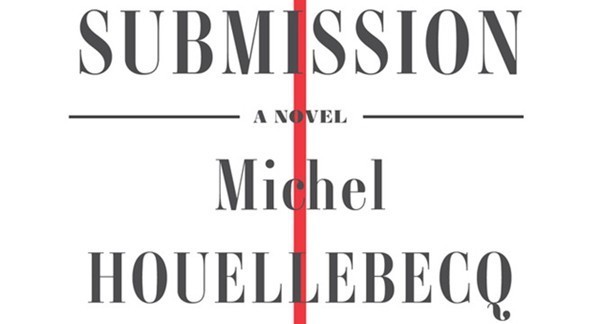 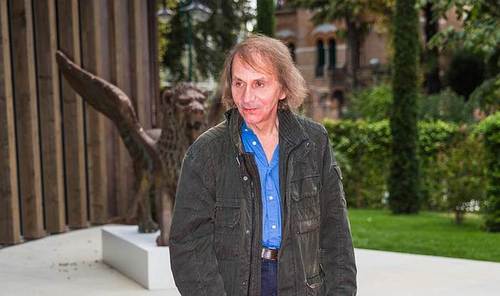 In the wake of the Charlie Hebdo shootings, the popular French novelist Michel Houellebecq is in the headlines because his latest book Soumission is being interpreted as an attack on Islam. But the truth is far more subversive and this acclaimed French writer has something far deeper to tell us about the emptiness at the heart of the modern West.

The book (translated into English as Atomized) tells us about the life of famous biologist Michel Djersinski, who mysteriously disappears in the twenty-first century after having plotted the path to a new level of human consciousness. Djersinski’s world is almost a parody of the post-bourgeois, post-Christian society the contemporary West is turning into. Family life and personal relations have dissolved beyond anything that was imaginable before the second half of the twentieth century.

The most controversial aspect of the novel may be its contemptuous treatment of the radical student movement of the 1960s. In the book, the world created by student radicals is both a harbinger of social dissolution and the breeding ground for serial killers who go about killing members of the upper class. Since Houellebecq himself looks disheveled, wears his hair long and unkempt, and publicly rages against Christianity as well as Islam, he seems able to explore such themes without being destroyed. Indeed, in 2010 Houellebecq received the prestigious Prix Goncourt for his novel La carte et le territoire.

Houellebecq wraps his repugnance for the Left in fantastic scenarios set in future time periods. Therefore, his contempt for PC has the cover of “fiction.” Not surprisingly, the subject of one of Houellebecq’s most widely read essays is one of his favorite authors, H.P. Lovecraft, a man of the very far Right. But Lovecraft also put a degree of separation between his views and the reader by embedding them in fantasy literature, allowing Lovecraft to be read even now as an artist rather than a “right-wing extremist.”

Whereas Lovecraft, although married to a Russian Jewish milliner, was remarkably open about his anti-Semitism, Houellebecq protests loudly to newspapers that “I am always with the Jews.” Although he despises monotheistic religion, he also praises the Bible as “beautiful because the Jews have a huge literary talent.” Is this genuine or is it Houellebecq’s effort not to push the envelope too far? I won’t ask Kevin MacDonald for a response. 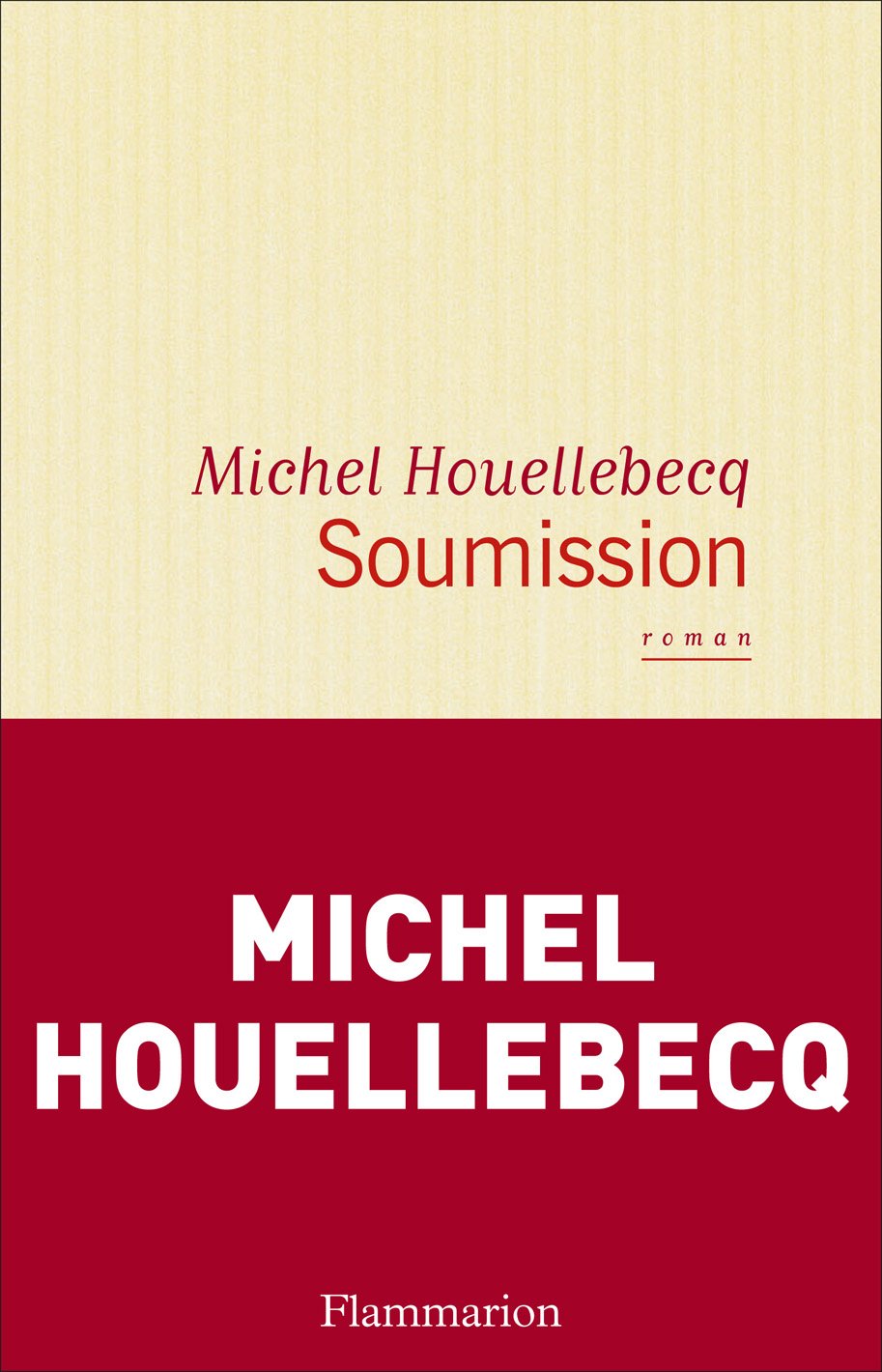 In Houellebecq’s latest novel, Soumission, we encounter some of the usual fixtures of Houellebecq’s earlier novels. This includes titillating sexual scenes, in this case between the protagonist, Francois, and his Jewish lady friend Miriam, who is twenty years younger and who takes off for Israel with her parents in the wake of Muslim violence against Jews. We also find more send-ups of PC-obsessed academics and plenty of characters who can’t quite bring themselves to settle down and create families.

As in other novels, Houellebecq conjures a near future that resembles an extension of already existing trends. In Soumission, he creates the Muslim Fraternity Party under its outwardly-genial leader Ben Abbes. The Party takes power in 2022 after Francois Hollande, the current leftist French president, is eliminated in the first round of the présidentielle.

In Houellebecq’s fictional world, Hollande has somehow managed to hold on to his office for more than one term and he has achieved this feat in a political situation much like ours. The right-center Union pour un Mouvement Populaire, which is now headed by Nicolas Sarkozy, is generally just a variation of its left-center Socialist opposition. According to the character Francois, a university professor, almost nothing important separates these blocs in 2022. Given the “mediocrity of the political choices,” one has to wonder why anyone would bother to vote for either party. And yet Francois observes that the “altérnance démocratique” of the Establishment parties are so proud of themselves that they will unleash war to impose this arrangement on other countries that don’t share their enthusiasm.

When confronted by the possibility that the National Front might win the presidential election, the two Establishment parties choose to support Ben Abbes and his Muslim brotherhood. This is not in the least implausible. After all, Marine Le Pen and the FN leadership were not allowed to march in the demonstration held in support of Charlie Hebdo, while the march was thrown open to Muslims and the French Left. It’s an example of what John Derbyshire has called the “Establishment Pincer”—seen most recently in Greece.

Besides, in our own world, the neoconservative American media consistently describes the National Front as a right wing extremist organization. Faux conservative populist Glenn Beck presents Marine Le Pen and her party, the only party in France that has warned against Islamization, as a throwback to the Nazis. In a crunch situation, there can be little doubt that the Establishment in both Europe and the United States would align with anyone to prevent a real party of the Right from assuming executive power [The Party of Youth, by Michael McGregor, Radix, January 20, 2015].

Of course, where I break with Houellebecq is in his characterization of the Islamic takeover of France as not entirely a bad thing. Houellebecq may criticize Muslims, but he definitely displays some Schadenfreude in the way he describes the Islamic New Order. The feminists at the Sorbonne are replaced by veiled women, none of whom is allowed to rise from being an auditor to an instructor. Moreover, there is no feminist chatter heard at faculty meetings, since only men, and almost entirely those who have converted to Islam, are present. The converts among the professoriate are rewarded with more than one wife, including those nerds who had been too shy to seek female companionship. Further, the wives, so the converts are assured by their Muslim superiors, will be “submissive” to their husbands, just as Islam requires us to submit to the will of Allah.

Through the first half of the novel, Francois is haunted by the spirit of Joris-Karl Huysmans, a renowned nineteenth-century French novelist about whom he wrote his dissertation and a published monograph. Toward the end of Huysman’s life, after having made a name as a literary décadent, he returned to his childhood allegiance to the Catholic Church, a step that was already prefigured in Huysman’s largely autobiographical work A Rebour (1884).This gifted novelist, whom Houellebecq clearly admires, died as a lay brother (oblate) at the monastery at Ligugé. The protagonist in Soumission sojourned at this monastery while doing research for his dissertation and a second time while being on a spiritual journey after the loss of Miriam.

The character Francois is keenly aware that the medieval monastery at Ligugé, just south of Poitiers, in southwestern France, is near the spot where Charles Martel had hurled back the Muslim invasion of France in the eighth century. Despite these associations, Francois’s visit to Poitiers and Ligugé does not strengthen his sense of rootedness in a European Catholic past. He leaves the monastery with a firm conviction that Christianity, which he considers an otherworldly religion, is totally incapable of restoring cohesion to French society. Whatever value the Church may have had in creating a medieval European civilization, Francis concludes, it can no longer mend a broken society.

There is a Nietzschean undercurrent or subtext that reveals itself in the last third of Houellebecq’s novel. Francois’s preoccupation with Huysmans and the by-then-vanished Miriam will be followed by his turn toward one Robert Rediger, an academic official who eventually becomes French foreign minister under Ben Abbas. Rediger lives in great opulence thanks to his Muslim benefactors and boasts two wives, one a teen-age beauty and the other an older woman who cooks succulent oriental delicacies. Rediger has authored a best-selling work on converting to Islam. This friend advances Francois’s career, while inducing him to convert to a watered-down form of Islam that will allow him to rise in an incipient Islamic Europe.

Rediger’s presentation of key Muslim principles and his attempts to contrast his new faith with Christianity seem unmistakably shaped by the influence of Nietzsche. Christianity, he insists, was founded by an effeminate prophet, who suffered for his followers rather than commanding them. It is hard to process a remark like this one, uttered by Rediger to an already half-convinced Francois, without assuming a Nietzschean reference point:

Although the Christian religion had once undergirded European empires, in the present age, Rediger explains, Christianity’s failure is becoming clear. It is therefore necessary for intelligent, virile Europeans to welcome the Islamic mission to reinvigorate the West with more worldly religious doctrines.

Even more revealing is the discussion between Rediger and Francois about the life and thought of René Guénon (1886-1951), who published widely on esotericism in world religions and who ended his life as a Muslim Sufi in Cairo. One of Guénon’s best known tracts, Lecture de Nietzsche, deals with his interpretation of Nietzsche and Nietzsche’s role in predicting the crisis of the modern West. Guénon is still read today, along with Julius Evola, as a father of a form of radical “traditionalism” that is distinct from any explicit Christian legacy. Such allusions and Rediger’s reformulation of Islam are more than mere adornments in Houellebecq’s novel.

Soumission is no simple exercise in Muslim-bashing, despite Houellebecq’s attempts to present it as one in newspaper interviews. The author’s loathing of feminism, contemporary “democratic” politics, and an emasculated Christianity far exceed whatever distaste he may feel for Islam.

I for one find no connection in the anti-Muslim, atheistic tirade Houellebecq delivered to the Guardian [Soumission by Michel Houellebecq review – much more than a satire on Islamism, by Steven Poole, January 9, 2015] and his far more sympathetic view of the need for religious truths in an interview with the Paris Review.[Scare Tactics: Michel Houellebecq Defends His Controversial New Book, by Sylvain Bourmeau, January 2, 2015.] One also notices, in Houellebecq’s remarks to the Paris Review, his sympathy for the National Front, an attitude that should come as no surprise.

What Houellebecq is presenting is not just “Islamophobia.” It’s a disturbing analysis of the spiritual collapse of Western Civilization and the possibility of Islam as a form of redemption and rebirth.

I cannot agree that Islamization can offer anything positive to Europe. But Houellebecq at least shows us that you cannot defeat a faith with a nullity.