"Print The Legend!" Michael Scammell, Arthur Koestler, And The Case Of Cyril Burt

Michael Scammell's Koestler: The Literary and Political Odyssey of a Twentieth-Century Skeptic

has been hailed by reviewers as the definitive biography of Arthur Koestler, the brilliant ex-Communist iconoclast whose novel Darkness At Noon

exposed the Stalinist terror and who later reinvented himself as a 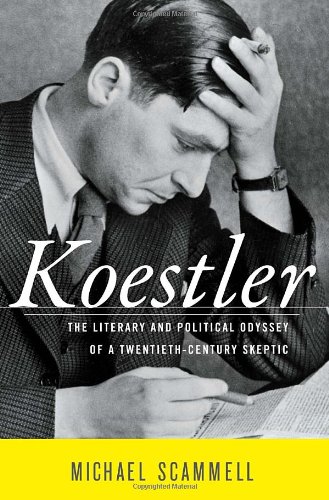 Scammell's biography contains a brief passage about the British psychologist Sir Cyril Burt, who wrote the foreword to Koestler's 1964 book The Act of Creation:

"Among Koestler's supporters was the English psychologist Sir Cyril Burt, who wrote a lengthy foreword for the book. It seemed like an excellent move at the time, for Burt (the 'father of the eleven-plus' examination in British schools) was world famous for his psychological studies of twins and for his strenuous advocacy for IQ tests as the best means to measure intelligence. After his death in 1971, unfortunately, Burt was unmasked as a scientific fraud who had faked his data and as a political reactionary with a soft spot for the pernicious doctrine of eugenics—the polar opposite of Koestler politically. Koestler couldn't possibly have known this and silently removed Burt's foreword from later editions of the book without explanation, but it was a sign of poor judgment, and Burt wasn't the last of the questionable gurus Koestler would seek out to support his scientific endeavors".

This summary of the Burt scandal is fatally flawed in two respects: 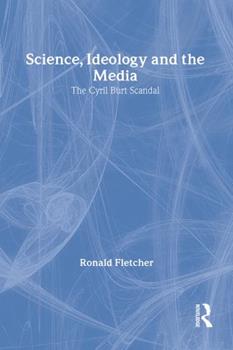 Scammell's description of Burt as a "political reactionary" is also dubious. Ronald Fletcher in his Science, Ideology and the Media: The Cyril Burt Scandal

(1991) dismissed this view as a "caricature" in his chapter "The Sociologists of Education".

Burt did view psychology as an extension of biology. He rejected the extreme egalitarianism rampant on the Left and considered inequalities in native ability levels as a natural variation of the human condition. But Burt also pioneered the use of tests in educational selection and advocated the meritocratic placement of students on the basis of intelligence levels irrespective of socioeconomic background. He argued that "it is plainly imperative that the education authority should seek to determine as accurately as possible the natural potentialities of each [child], and, having done so, provide him with the education best suited to his needs…." [The meaning and assessment of intelligence. Eugenics Review, 47, 81-91.] For most of Burt's life, this was seen as a progressive position. It underlay Britain's 1944 Education Act, which enormously expanded educational access through systematic selection (the "eleven-plus" exam).

Scammell similarly caricatures what he describes as the "pernicious doctrine of eugenics". But respected figures like Sir Francis Galton, the British polymath and modern founder of eugenics,  Dean Inge, a lecturer in philosophy at Oxford, prolific author, and Dean of St. Paul's Cathedral, and the pioneering social psychologist William McDougall were all eugenicists who influenced Burt's intellectual outlook. The concept of eugenics, as Richard Dawkins has noted, basically is the implementation of biological principles.

There may be more to Burt and Koestler's collaboration than what Scammell suggests. Both seemed to have a mutual respect for each other's work. According to Koestler biographer

David Cesarani, Koestler and Burt met in the early 1960s and "shared an abundance of interests". In fact, it was their mutual interest in parapsychology that brought Koestler and Burt together. Koestler contributed a paper in the Festschrift in Burt's honor, Stephanos: Studies in Psychology, edited by Charlotte Banks and P. L. Broadhurst (1965).

None of this is mentioned in Scammell's biography.

Unfortunately, my recent email queries to Michael Scammell—asking if he was familiar with the body of literature that exonerates Burt, and if he would clarify Koestler's relationship with Burt—remain unanswered. (Email Scammell).

In John Ford's move The Man Who Shot Liberty Valance, the newspaper editor kills the story of who really did kill Valance with the words "This is the West, sir. When the legend becomes fact, print the legend." The case of Cyril Burt illustrates precisely how accusations become legend—and the legend becomes Politically Correct history.

During his lifetime, Burt was widely respected as an educational psychologist. He was a former president of the British Psychological Society. Author or editor of some thirty books and 350 articles, in 1946 he was the first British psychologist knighted for his work.

But in 1976, Burt was accused of faking crucial data in his research on twins reared apart in a London Sunday Times article by medical correspondent Oliver Gillie. (Gillie's book Who Do You Think You Are?, also published in 1976, reveals the author's own anti-hereditarian views. He dismissed Burt's claim for the role of genes in intelligence: "there may be major genes that affect intellectual abilities…. However, there is no direct evidence for the existence of such genes".)

Gillie cited anomalies in Burt's data—discrepancies that Arthur Jensen and Leon Kamin independently discovered. In The Science and Politics of IQ (1974), Kamin never explicitly charged Burt with fraud, but concluded that Burt's data "are simply not worthy of our current scientific attention". Leslie Hearnshaw's official biography, Cyril Burt: Psychologist, published in 1979, concluded that Burt had been deceptive and "guilty of malfeasance".

But ten years later two scholars working independently published their detailed investigations into the accusations of fraud and concluded that the case against Burt was not only substantially weak, but ill-founded. Besides Fletcher's Science, Ideology and the Media, Robert Joynson's The Burt Affair also examined the allegations of fraud and found credible alternative explanations of the anomalies in Burt's data. The families of two "missing research assistants", one of Gillie's key accusations, were tracked down and confirmed that they actually assisted Burt.

In 1995, Nicholas Mackintosh edited a collection of papers, Cyril Burt: Fraud or Framed?

published in the Annals of Human Genetics, [PDF] noted that

"In one case where the attempt was made by various writers of nurturist and leftist persuasion to convince the public—claiming even proof—that one psychometrist, Sir Cyril Burt, had published fraudulent data, it later came to light that the tirade had been either wrong or grossly exaggerated in a very high proportion of the claims it had raised (Joynson, 1989; Fletcher, 1991; Mackintosh, 1995). Muddle a-plenty of a minor nature was indeed evident in Burt's late-life publications on IQ and heritability but no case of fraud has been proven."

In 2002, Philippe Rushton transcribed a previously unavailable speech [PDF] that Burt delivered to the Association of Educational Psychologists in 1964. The speech provided new evidence as to Burt's research and data collection and, as Rushton concluded, one could reasonably "dismiss the accusations against him as 'not proven'".

Since these allegations rest on conjecture and supposition, the burden of proof rests with Burt's accusers. Joynson and Fletcher have refuted a number of their claims, which cannot be disregarded in any assessment of Burt's legacy. The destruction of some of Burt's research at the instigation of one of Burt's ardent critics, Liam Hudson, professor of educational psychology at Edinburgh University, and the fact that Burt cannot address the charges mean that the case will likely remain unresolved. But given what is known about this controversy, C. B. Goodhart's summary, posted on the Galton Institute website, seems reasonable:

"The only proper conclusion is that the charges that Burt deliberately falsified his data cannot now be sustained, true though it is that much of what he published in old age was badly presented and perhaps even culpably careless."

Nevertheless, journalists and authors continue to perpetuate the myth that Burt, a once respected psychologist, has been conclusively unveiled as a fabricator. Michael Scammell is merely the most recent example. A recent Nexis search found 349 articles that mention- Burt. A subset of 130 within these 349 articles, some 37 percent, contains some mention of "fraud" or "fabricate".

"Granted, the study of racial and sex differences in intelligence has not exactly covered itself in glory. There was that unfortunate incident in the mid-20th century, when British psychologist Cyril Burt apparently made up data to 'prove' that genes make blacks and the poor innately less intelligent than whites and the wealthy. Later studies reaching similar conclusions were based on statistics that would have done Mark Twain ('lies, damned lies...') proud."

In fact, Burt's research on the inheritance of intelligence never probed the area of racial differences. In all of Burt's major books

—from The Young Delinquent, The Backward Child, The Subnormal Mind, The Factors of the Mind, to his last book The Gifted Child—"race" as a subject is indexed on a select few pages and merely noted as a passing observation with little if any significance. (Of course, for most of Burt's lifetime, 1883–1971, almost everyone in Britain was white.)

Burt's biographer Hearnshaw, despite his critical conclusion, states unequivocally that "Burt was not a 'racist', and never at any time expressed 'racist' opinions." A review of Burt's complete bibliography, listed in Hearnshaw's biography, reveals nothing close to Begley's description of Burt's work.

The "apparently made up data" on blacks and the poor seem to exist only in Begley's imagination. Just exactly what "later studies" she refers to is equally a mystery. For any credible science reporter to suggest that the use of twin studies to determine genetic and environmental contributions of intelligence is scientifically flawed is irresponsible. Begley's hostility to behavior genetic studies and evolutionary psychology research is easily discernible in her science reporting for Newsweek.

"Spurious Superiority. Sir Cyril Burt, a pioneering British psychologist, deliberately made up more than three decades of data, from the mid 1940s until 1966, to back up his bogus theory on the relationship between heredity and intelligence. He claimed human intelligence was 75 percent inherited, thereby reinforcing the British class system".

What is significant about this egregious distortion is that it appears in a science publication after the publication of the Joynson and Fletcher's books—but completely ignores their findings.

In reviewing the Burt controversy during the early 1990s, I contacted a number of psychologists familiar with Burt. One was the late Anne Anastasi, the widely respected author of several textbooks on psychological testing. Anastasi related her memories of Burt:

"My views have never been altered, either by Hearnshaw or by any other books. From my knowledge of Burt's publications on factor analysis and the nature of intelligence, as well as our many years of personal correspondence, I have consistently had the highest regard for him as a distinguished psychologist who pioneered in the development of sophisticated statistical procedures and of sound theoretical models of cognitive factors. The allegations of scientific fraud impressed me as entirely out of character."

The crucial lesson in the Burt controversy: never accept at face value the Politically Correct legends of the Main Stream Media—or the anecdotal laziness that passes for much college-level scholarship.