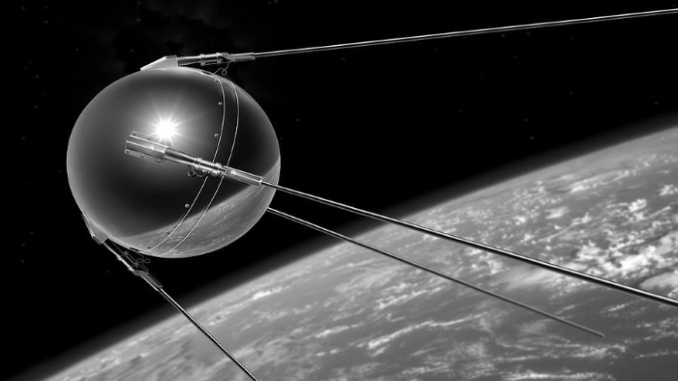 Fifty years ago this October, Americans were jolted by the news that Moscow, one year after drowning the Hungarian Revolution in blood, had put an 80-kilo satellite into Earth orbit.

In December, the U.S. Navy tried to replicate the feat. Vanguard got four feet off the ground and exploded, incinerating its three-pound payload. America was humiliated. Khrushchev was Man of the Year. Some of us yet recall the Vanguard newsreels and the humiliating laughter.

Stunned, America went to work to improve education in math and science, and succeeded. The Scholastic Aptitude Test (SAT) scores of high school seniors began to rise, reaching a high in 1964.

However, test scores for high school students have been falling now for 40 years. In 1984, the Reagan administration issued A Nation at Risk, documenting the deterioration of American public education.

More trillions of dollars were thrown at the problem. And if one judged by the asserted toughening up of courses and rising grades of seniors, it appeared we had made marvelous progress. On March 4, The Washington Times reported:

However, it is all a giant fraud, exposed as such by the performances of high school seniors on the National Assessment of Educational Progress exams known as the "nation's report card." An NAEP test of 12th-grade achievement was given to what The New York Times called a "representative sample of 21,000 high school seniors attending 900 public and private schools from January to March 2005."[Schools, Money, And Results, March 3, 2007]

What did the tests reveal?

This is only the half of it. Among the kids whose test scores on reading and math were not factored in were the 25 percent of white students and 50 percent of black and Hispanic kids who had dropped out by senior year.

Yet, as columnist Steve Sailer writes on VDare.com, the Bush-Kennedy No Child Left Behind Act mandates "that all children should reach a proficient level of academic achievement by 2014."[ Why "No Child Left Behind" Is Nuts, February 18, 2007 ]

We're not going to make it. We're not even going to come close.

Why are so many Americans ignorant of the depths of failure of so many schools? As Sailer explains, it is due to government deceit.

"Not surprisingly, practically every single state cheats in order to meet the law" mandating a rising academic proficiency.

"For example, Mississippi... recently declared that 89 percent of its fourth-graders were at least 'proficient' in reading.

"Unfortunately, however, on the federal government's impartial National Assessment of Education Progress test, only 18 percent of Mississippi students were 'proficient' or 'advanced.'"

Hence, a huge slice of the U.S. educational establishment is complicit in a monstrous fraud that, if you did it in business, would get you several years at the nearby minimum security facility.

This is corruption. Teachers are handing out grades kids do not deserve. States are dumbing-down tests to make themselves look good. Voters are being deceived about how much kids are learning.

There is no real moral distinction between what teachers and educators are doing on a vast scale and what professional athletes do on a smaller scale when they take steroids to enhance performance.

As The Washington Times noted, according to the Digest of Education Statistics, spending for public education, in constant (inflation-adjusted) dollars, rose from $6,256 a year per student before "A Nation at Risk" to $10,464 in the 2002-2003 school year. Taxpayers have thus raised their annual contribution to education by a full two-thirds in real dollars in a quarter century. More than generous.

Taxpayers are being lied to and swindled by the education industry, which has failed them, failed America and flunked its assignment—and should be expelled for cheating.