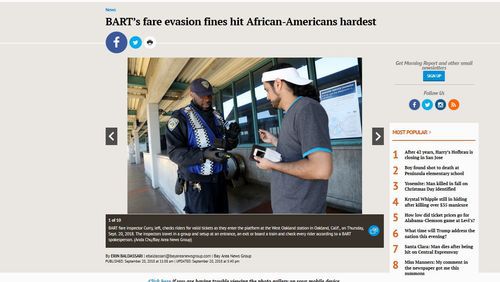 We can’t have nice things in America for a lot of reasons. Crazy campus Leftists have criminalized conservative speech. Federal judges protect illegal aliens. Christophobes wage War on Christmas. But another reason: the decriminalization of petty crime because the punishment “falls disproportionately” on blacks.  Hence the increasing toleration of fare evasion on America’s subways.

The latest municipality to jump (so to speak) on that train: Washington, D.C. City council just voted 10-2 to decriminalize fare evasion, the local news radio station reported, because “criminal penalties disproportionately affected African-Americans.” Unsurprisingly, the two votes against the idea came from whites, Jack Evans and Council Chairman Phil Mendelson (right) who correctly noted the insanity of the change without addressing its racial justification:

“When you don’t pay your fare at Metro, you’re stealing from Metro,” argued D.C. Council member Jack Evans, who is also Metro board chairman. What we’re doing is decriminalizing stealing.”

Citing an NBC Washington video in which fare evaders were caught on camera, Mendelson said, “I did not see poor people who were unable to pay. I saw younger people … who were quite brazenly jumping the turnstile. These were folks who were deliberately — without evidence of inability to pay — avoiding paying the fare.”

Unhappily, this capitulation of law and order is spreading. Hop aboard and take a ride through the cities that have addressed this cosmic injustice.

Some city leaders wonder though—should turnstile jumping be a crime at all? “We’re making progress,” says City Councilman Rory Lancman, whose office has been advocating that fare evasion always be considered a civil offense, like a traffic violation that would result in a ticket, not a criminal record. He said that “arresting 10,000 people a year … is still 10,000 people too many.”

A Marshall Project analysis of New York Division of Criminal Justice Services data from 2014 through June of this year shows that … 89 percent of those arrested this year are black or Hispanic, virtually the same proportion since 2014.

Treating fare evasion as a traffic violation might make sense. You pay a fine or show up in court to fight the ticket. That’s what they do in San Francisco and Oakland—where, of course, the blacks are complaining about even that. But total decriminalization because blacks don’t want to pay fares is a bad idea, not least because it further enshrines into law what Michael Gerson famously called the “soft bigotry of low expectations.”

Their findings, to cite Curbed verbatim:

Hence the civil rights complaint, which would mean that free public transportation is a civil right.

Or at least fare evasion is.

Oakland and San Francisco’s Bay Area Rapid Transit notoriously refuse to release surveillance videos to protect black and brown criminals from “racially insensitive commentary” [BART Withholding Surveillance Videos Of Crime To Avoid ‘Stereotypes,’ by Melissa Caen, KPIX, July 9, 2017]. Blacks are a majority of those banned from BART, you see, and we can’t have the good residents of Pelosiland get the wrong ideas [Two-thirds of people banned from BART are black — and agency isn’t asking why, by Ted Anderson, San Francisco Chronicle, July 8, 2018].

When blacks can’t exercise their right to a free ride, it’s Whitey’s fault:

African-American passengers are bearing the brunt of BART’s new fines for riders who fail to pay fares. ...

BART in March began issuing tickets with $75 fines for adults and $55 fines for juveniles to crack down on fare evasion, which it says costs the agency up to $25 million a year in lost revenue. During a 14-day period in July — a relatively small sample but the only data BART provided in response to a public records request from this news organization — African-American riders received 41 percent of tickets issued, even though they make up only 12 percent of riders, according to a 2015 survey, the most recent available.

What is troubling, Lateefah: some groups evading fares more than others.

Even in a city where only 6.3 percent of the population is black, standards must regress to the African mean. After all, standards maintain White Supremacy:

TriMet is issuing fewer warnings and citations to passengers for not paying to ride … but the transit agency struggles with repeatedly banning a handful of African American riders from the rails.

That was one takeaway from the second study looking at whether the tri-county agency’s fare officers are unfairly targeting passengers of color. ...

Two years ago, TriMet’s first study on enforcement habits sparked numerous changes. TriMet may now lower the fine for fare tickets, direct riders to a low-income fare program if they qualify, or offer community service in lieu of a fine or criminal punishment. TriMet says it is the only transit agency in the nation to repeatedly study its enforcement habits and how they affect people of color. ...

But one category showing an elevated disparity for African Americans is chronic fare evaders….

56 African American riders were banned from the MAX more than three times during the two-year period.

“In 46 percent of incidents involving African Americans, the rider involved had at least one other fare evasion during the two-year time frame,” Renauer said in a statement.

White Supremacy is rearing its ugly head in liberal Minneapolis, too. Ilhan Omar, the new congresswoman for the 67 percent white city, is a Muslim Somali immigrant who married her brother to commit immigration fraud. But the city’s racist whites are targeting its blacks with fare-evasion racism!

Blacks and American Indians are far more likely to be ticketed than warned by Metro Transit police for fare evasion, according to an agency review that unearthed “troubling” disparities....

Data collected from January 2014 through August involving 7,136 arrests and citations indicate that American Indians are 152 percent more likely and black adults are 26 percent more likely to be cited for first-time fare evasion than their white counterparts.

However, transit police appear to enforce more serious crimes consistently, regardless of race. … 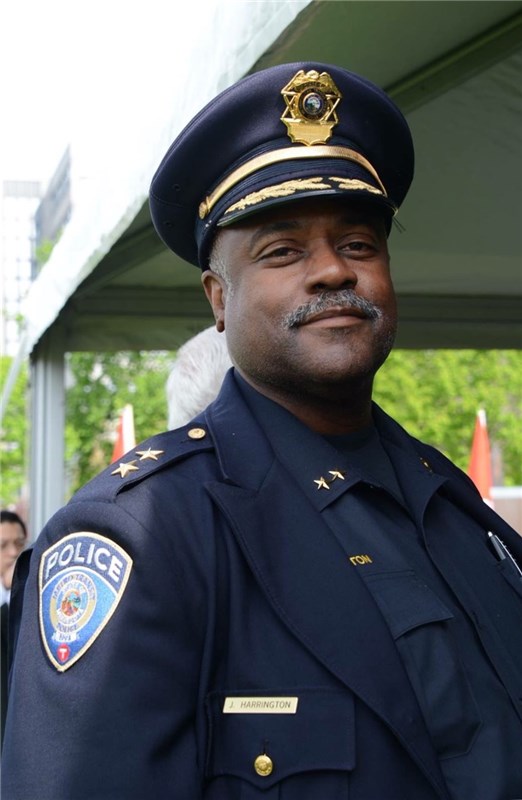 [Transit officials] cautioned that “conclusions cannot be drawn about whether bias exists in police enforcement based on the data alone.”

“This study tells me that we have a problem,” said Metro Transit Police Chief John Harrington [Pictured right.] who admitted he “doesn’t have an easy or facile explanation how this happens.” Of the 100 full-time Metro Transit police officers, 35 percent are considered “diverse,” up from 5 percent just a few years ago.

Following the study and discussion with the Minneapolis NAACP, Metro Transit police agreed to issue warnings for first-time fare evaders, instead of immediate citations.

Actually, there is “an easy or facile explanation”–minorities simply evade fares more than whites.

Evading a fare, as the D.C councilman said, is theft. It’s petty theft, but it’s theft nonetheless. It must be punished.

If not, consequence-free petty crime becomes another new entitlement for minorities in what’s left of the United States of America.

And yet another reason why we can’t have nice things—such as safe public transit.