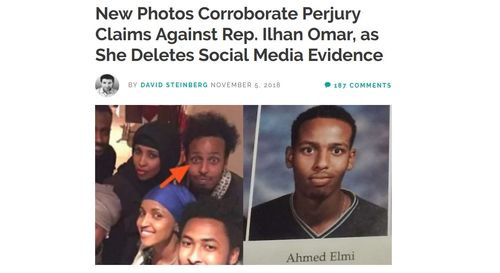 As we know, the Democrats have taken control of the House, and the usual liberal platitudes were used to celebrate the occasion.

The 2019 Speaker, Nancy Pelosi, used election night to congratulate the “dynamic diverse incredible candidates who have taken back the House for the American people.”

How diverse? In some instances: very.

Certainly eye-catching for traditional Americans would be the earlier shenanigans of the first ever Somali woman elected to the House, Ilhan Omar. She started getting attention in 2016 when she won a state House seat in Minnesota to represent an area now know as Little Mogadishu. A one-time refugee, Omar arrived in the Twin Cities in the 1990s.

But Omar’s backstory may have included a diverse marriage arrangement that is definitely non-kosher for American law: she apparently married her brother to ease her entrance to the United States because spouses are normally given preference in immigration cases.

Ilhan Omar will be elected to succeed Keith Ellison representing Minnesota’s Fifth District. It appears increasingly likely that she married her brother Ahmed Nur Said Elmi for dishonest purposes in 2009 and didn’t get around to dissolving the marriage until 2017, all the while living with the man she advertised as her lawful husband and father of her children. You’d never know it, however, if you get your news from the Star Tribune, as many Fifth District voters do (not that it would necessarily matter to them).

I came to this conclusion two years ago for reasons set forth in “The curious case of Ilhan Omar,” but I say it appears increasingly likely because of the work this campaign season of PJ Media’s David Steinberg. Building on my own work and especially that of Preya Samsundar, Steinberg has now published a four-part series of columns investigating Omar.

We have covered each of Steinberg’s three previous installments. Today he returns with “New Photos Corroborate Perjury Claims Against Rep. Ilhan Omar, as She Deletes Social Media Evidence.” 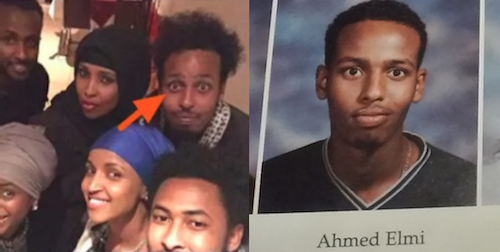 This is the diversity that Nancy Pelosi and Democrats celebrate — but to many Americans, such behavior shows how Somali immigration frequently brings crime and a vastly different culture that often resists assimilation.