Democrat Says Republicans Could be Heroes On Immigration 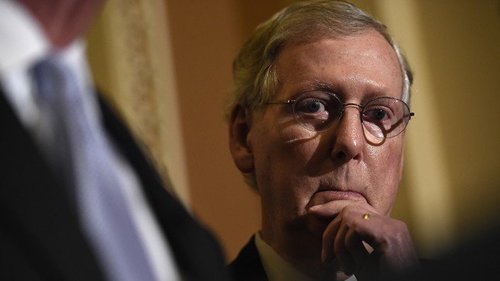 And the passage of CROmnibus means that Obama’s order just received funding from the Republican House.

But there might be a way for the new Republican Congress to strike back.

Incoming Senate Majority Leader Mitch McConnell (R-Ky.) says the Senate should break up comprehensive immigration reform legislation and vote on it piecemeal in the next Congress.

McConnell said the Senate should “bust up” the omnibus immigration reform measure crafted last year by the bipartisan Gang of Eight and vote on its components separately.

He would vote first on legislation to strengthen border security.

“What I think we ought to do is bust it up, pass as much of it as we can, starting with border security, which is a way of reassuring the American people that we’re not going to have another calamity like we’ve had,” McConnell said at an event Tuesday sponsored by the Wall Street Journal CEO Council.

“I would bust it up if I were setting the agenda in the Senate, start with border security, H-1B visa expansion, H-2A Ag worker provisions, E–Verify and some of the other things I think we can get pretty broad agreement on,” he said.

McConnell said he would allow a full debate on the Senate floor and give colleagues the opportunity offer amendments.

But he declined to guarantee that Republicans would back controversial provisions that rank among the highest priorities for Democrats, such as granting illegal immigrants a pathway to citizenship.

“I don’t know what the fate of the provision that Senate Democrats are interested in would be,” he said.

He said his plan would “put on the president’s desk whatever we can get to him that improves the legal immigration system and, particularly, strengthens the border, which we have not yet done.”

E-Verify is an electronic employment-verification system used by the federal government to make sure employees are U.S. citizens. Backers have suggested its use be expanded to the private sector.

The H1-B visa program allows employers to temporarily employ foreign workers in specialty positions. Tech companies have been looking for changes to the program that would lead to more visas.

The H-2A program is specifically for agricultural workers

There’s danger here of course, and the reference to things on which McConnell wants “broad agreement” is ominous. The American agricultural and tech industries don’t need more cheap labor—they just want it.

But if immigration is considered piece by piece, it means that we might actually get a detailed and systematic debate on our immigration policy. And if the last few years have shown anything, it’s that immigration patriots tend to win when the immigration issue is prominent and elected officials are forced to discuss all the facts.

For example, we could actually discuss the consequences of the Open Borders Lobby such as the corporate welfare of cheap labor and the danger posed to our national security. It also means we could get straight up votes on things like E Verify—a system which should be made mandatory and permanent.

This is a great chance to put the issue in front of voters who may not fully understand the issue but who can be enlightened by a lengthy and detailed discussion of immigration policy. And it will force elected officials to make their positions known, instead of hiding behind vague slogans.

Of course, we won’t have any real progress until we have a President who will do something positive on the issue—and if the election is shaping up between Jeb Bush and Hillary Clinton, that won’t happen. Our hope is in Congress.

And in forcing a debate we only can win.