Heather Mac Donald recently exposed the junk science behind the “Implicit Association Test” in a piece entitled “Are We All Unconscious Racists?” Her answer—“No”—is good, but it could have been better. And sooner.

Few academic ideas have been as eagerly absorbed into public discourse in recent years as “implicit bias.” Embraced by a president, a would-be president, and the nation’s top law-enforcement official, the implicit-bias conceit has launched a movement to remove the concept of individual agency from the law and spawned a multimillion-dollar consulting industry. The statistical basis on which it rests is now crumbling, but don’t expect its influence to wane anytime soon.

Implicit bias purports to answer the question: Why do racial disparities persist in household income, job status, and incarceration rates, when explicit racism has, by all measures, greatly diminished over the last half-century? The reason, according to implicit-bias researchers, lies deep in our brains, outside the reach of conscious thought. We may consciously embrace racial equality, but almost all of us harbor unconscious biases favoring whites over blacks, the proponents claim. And those unconscious biases, which the implicit-bias project purports to measure scientifically, drive the discriminatory behavior that, in turn, results in racial inequality.

Ms. Mac Donald herself suggests that it is “taboo in universities and mainstream society to acknowledge intergroup differences in interests, abilities, cultural values, or family structure that might produce socioeconomic disparities.”

I suggest that it is taboo at City Journal to suggest that these different outcomes derive largely from heredity.

The Implicit Association Test (IAT), which is supposed to test for bias scientifically, was created by psychologists Anthony Greenwald (email him) and Mahzarin Banaji (Email her)in 1998.

Here’s Mac Donald’s description of what the test actually does:

The race IAT (there are non-race varieties) displays a series of black faces and white faces on a computer; the test subject must sort them quickly by race into two categories, represented by the “i” and “e” keys on the keyboard. Next, the subject sorts “good” or “positive” words like “pleasant,” and “bad” or “negative” words like “death,” into good and bad categories, represented by those same two computer keys. The sorting tasks are then intermingled: faces and words appear at random on the screen, and the test-taker has to sort them with the “i” and “e” keys. Next, the sorting protocol is reversed. If, before, a black face was to be sorted using the same key as the key for a “bad” word, now a black face is sorted with the same key as a “good” word and a white face sorted with the reverse key. If a subject takes longer sorting black faces using the computer key associated with a “good” word than he does sorting white faces using the computer key associated with a “good” word, the IAT deems the subject a bearer of implicit bias. The IAT ranks the subject’s degree of implicit bias based on the differences in milliseconds …

In other words, the test is obvious nonsense.  This is what the test looks like—a screenshot from my computer: 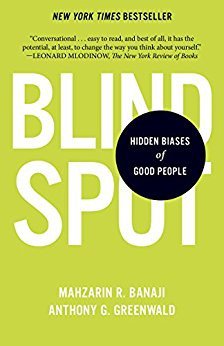 You can take it here, courtesy of Harvard’s “Project Implicit.” But really, all it is a stupid computer game.

According to Mac Donald, Greenwald and Banaji confidently asserted that

“any differences in sorting times for black and white faces flow from unconscious prejudice against blacks; they also claimed that such unconscious prejudice, as measured by the IAT, predicts discriminatory behavior. It is “clearly . . . established that automatic race preference predicts discrimination,” they wrote in their 2013 bestseller Blind Spot, which popularized the IAT. And in the final link of their causal chain, they hypothesized that this unconscious predilection to discriminate is a cause of racial disparities: “It is reasonable to conclude not only that implicit bias is a cause of Black disadvantage but also that it plausibly plays a greater role than does explicit bias in explaining the discrimination that contributes to Black disadvantage.”

All of this is based on the a priori assumption that if there weren’t prejudice against blacks, they would be doing just as well as whites—saving as much money, committing as little crime, getting as good jobs, and passing as many tests. There’s never been any evidence for this, but it comforts the liberals to think it. Steve Sailer calls it applying “Occam’s Butterknife” instead of Occam’s Razor.

Above, I quoted Mac Donald referring to “a president, a would-be president, and the nation’s top law-enforcement official”—that’s Obama, Lynch, and former FBI Director Comey. She specifies:

(I turned that into bullet points and added links—City Journal, being “respectable” or almost respectable, doesn’t feel the need to prove all this the way we do at VDARE.com).

We have been covering this Implicit Association Test since 2003, when the late Sam Francis called it “voodoo”. 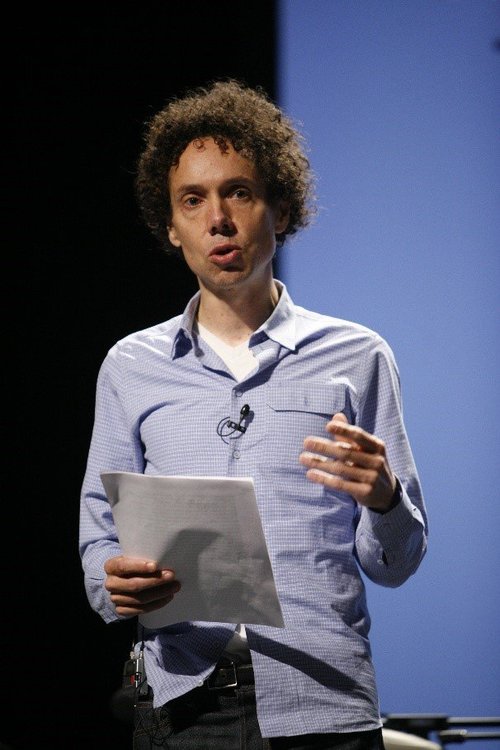 Steve Sailer reported in 2005 that Malcolm Gladwell (right) who is slightly black, was appalled to find that he was implicitly racist against (presumably) actual blacks. In another example, a white lesbian who spent all her time campaigning against “hate” found that she tested as disliking blacks [See No Bias, by Shankar Vedantam, Washington Post, January 23, 2005]

These people needn’t have worried. Discussing it more recently, Sailer pointed to studies like A closer look at the discrimination outcomes in the IAT literature [by Rickard Carlsson, and Jens Agerström, Scandinavian Journal of Psychology, April 24, 2016 and Toward a Meaningful Metric of Implicit Prejudice, Journal of Applied Psychology,  January 2015, and  said that the Implicit Bias test “turns out to be explicitly biased to find more bias than actually exists....It’s kind of like how Scientologists’ E-meters tend to overestimate Thetans."

Mac Donald says the same. She points out, for example, that unconscious bias can’t be preventing hiring of minorities, since there’s so much conscious, mandated bias in favor of them—and against you and me. 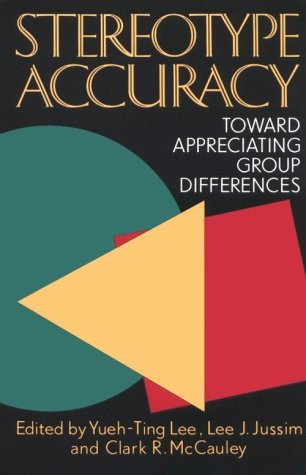 My question for “unconscious bias” testers: “What’s wrong with bias?” Many people have conscious bias based on statistics—that’s what John Derbyshire’s famous article The Talk was about. Stereotypes are so frequently true that there exists a book  published by the American Psychological Association in 1995 called  Stereotype Accuracy: Toward Appreciating Group Differences. Derbyshire  reviewed it in 2001.

I mean, the whole point of this “bias” thing is the assumption that the biases are wrong. If they’re not wrong, then perhaps what’s causing people not to hire blacks is common sense.

Well, Heather Mac Donald, while not interested in heredity, is interested in crime rates. She writes, in a sidebar that takes up 666 words, over a dozen violent incidents, and several dead and wounded bodies, of which I’ll only quote two paragraphs:

Agreeing with such statements as: “Most big corporations are interested in treating their black and white employees equally,” “Black people should take the jobs that are available and then work their way up to better jobs,” or “Many black teenagers do not respect themselves or anyone else” will undoubtedly earn you an F in tolerance and understanding. (The project managers have not yet revealed survey results.) The statement about black teenagers, at the very least, is fully supported by empirical crime data and individual instances of youth crime, culled from a random handful of cities over the last half-year.

In March, more than 100 teens marauded through downtown Philadelphia, beating and tasing people, jumping on the hoods of cars, and running through traffic. A 19-year-old shot two Miami officers ambush-style as they were sitting in an unmarked van in a housing project. One of the officers had previously arrested the gunman on a weapons charge. And two Chicago boys, 14 and 15, participated in a gang rape of a 15-year-old girl that was filmed and broadcast live on Facebook. The victim’s family has subsequently been harassed by local children; a group of girls beat up the victim’s 12-year-old sister in retaliation for the victim’s having reported the assault. The attackers belong to a group of 35 to 50 teenage boys who have been terrorizing the elderly and children in the neighborhood, reports the Chicago Tribune. [Links added by VDARE.com.]

The real “Blind Spot,” to adopt the title of the Greenwald-Banaji book, is not for unconscious racial bias, but the Narrative that, if it weren’t for bias, different races would all have the same success.