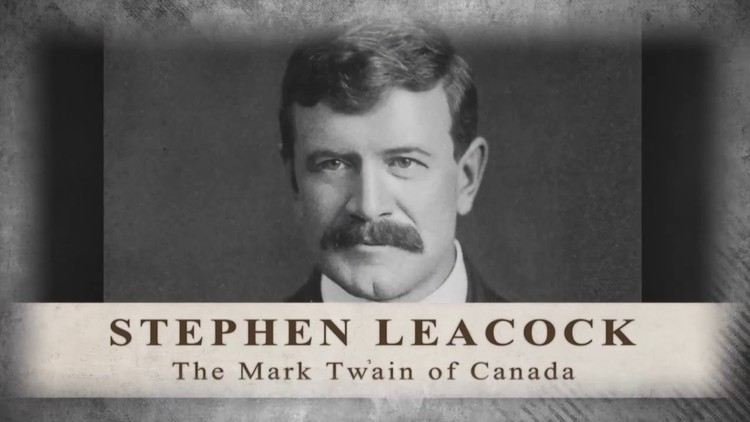 Peter Brimelow once wrote that Canada can claim to have invented all modern political diseases. A recent column in the Canadian National Post [What happens when the heroes of the past meet the standards of today?, May 14, 2011] by Kathryn Blaze Carlson (email her) illustrates the Orwellian implications of the "multiculturalism" that Canada pioneered under Pierre Trudeau. 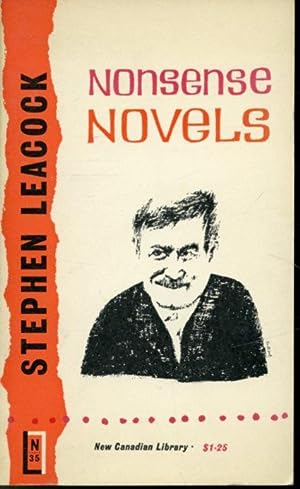 The Canadian ruling class appears to have launched a hate campaign against Canada's past literary star Stephen Leacock (1869-1944), at one point the best-known humorist in the English-speaking world. Feminists and other spokespersons for approved victims wish to remove Leacock's name from all kinds of honor rolls because, Carlson reports, this Canadian icon "said reprehensible things about aboriginals" (read Indians) and "opposed equal rights for women." Daniel Francis, a popular Canadian historian cited by Carlson, has condemned Leacock as a "misogynist racist" who should be read out of today's multicultural world community.[Canada's Funnyman, By Daniel Francis,  Geist, Issue 76] Leacock supposedly held "Victorian" views that were expressed in his letters and diaries. (Leacock was a political economist as well as a humorist, and it's his academic writing that is getting him into trouble—see his The Unsolved Riddle of Social Justice).

But Canadian sensitizers have bigger fish to fry, according to Carlson. There is the unresolved problem of Charlotte Whitton (1896-1975), who was the first female mayor of Ottawa and the person for whom the municipal hall was named in 1973. Although long held to be a paragon of PC, whom the Canadian B'nai B'rith proclaimed its Woman of the Year in 1964, Ms. Whitton, unbeknownst to many of her admirers, allegedly seethed with bigotry. She engaged in "casual innocent anti-Semitism", according to someone Carlson describes as a "prominent Jewish intellectual". And, to make matters even worse, Carlson reports that Whitton was "apparently an anti-Semite who campaigned against Jewish immigration during the Second World War." 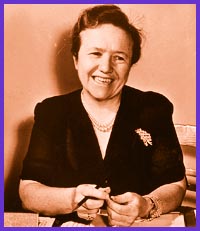 The last accusation contains an obvious misstatement since there was little if any immigration into Canada from Europe during World War II. Whitton's accuser may mean that, as we learn from Wikipedia, [June 6, 2011], Whitton opposed Jewish immigration before War and in 1938 spoke out, at least once, against settling refugees from the Nazis in Canada.

Although an embattled man-eating feminist and apparently a lesbian, Whitton was also an Anglophile, who feared that her own culture would be overwhelmed by admitting into Canada more Jews, Ukrainians, and other non-English ethnic groups. She later angrily protested the replacement of Canada's traditional national flag, which contained the Union Jack, with the Maple Leaf ensign—a decision that she condemned as a sign of the "absolute surrender" of Canada's British identity. [The Controversial Legacy of Charlotte Whitton, by Sammy Hudes, Jewish World, August 20, 2010]

Carlson, who writes for Canada's leading neoconservative newspaper, one that regularly and proudly features David Frum, races for what she takes to be the middle ground. Despite Leacock's reactionary comments, Carlson explains, not all of his attitudes were "reprehensible". To his credit, she writes, "one of his closest friends was Métis [someone of mixed Amerindian-Caucasian background], and he paid for his  niece to get a master's degree".

Carlson also pronounces that "the heroes of years gone by… are no longer clear heroes by today's standards". It may therefore be necessary to arrive at a workable agreement about who, in our sensitive age, should be accepted as morally worthy of commemoration. Toward this end, Carlson quotes former president of the American Historical Association Joyce Appleby [email her]about the need to differentiate between "someone who actively campaigns against Jewish immigration" and those who "held casual anti-Semitic views characteristic of a WASP culture at the time".

Like Carlson, Appleby is willing to indulge up to a point "casual" WASP bigots, but not those who are against Jews (or presumably other groups) immigrating into Canada.

Nonetheless, like Appleby, Carlson seem distressed that now dead Canadians  failed to meet our contemporary niceness standards—for example, a nineteenth-century Canadian civil servant who belonged to an organization that was "anti-French and anti-Catholic". One can almost hear Carlson sigh that such people were not really "nice". To which I would respond with Nietzsche: "Blessed are the despisers for they are the ones who adore wisely".

Allow me to raise some tactless questions!

Are all minorities or non-WASPs to be held to the same multicultural standards as those that apply to what I presume are the co-ethnics of Carlson and Appleby?

Certainly blacks, Latinos, Amerindians, Jews and other minorities are allowed to rage in their diaries, letters and even public pronouncements against "WASP culture" without suffering any untoward consequences. Feminists are praised and receive prestigious academic appointments for dumping on (white) males and for comparing marital sex to rape.

It can even be argued that the "WASP culture" that Appleby plainly deplores was far more restrained about venting malice than our multicultural paradise. Truly obscene bigots with murderous feelings, like the rap singers whom our youth culture and our antiracist president celebrate, would never have gone anywhere when WASP patricians were in charge.

It is precisely the society that Appleby and Carlson detest that reduced negative feelings to social snobbery—that is, to sentiments one expressed about one's social inferiors in letters, diaries, and choices of clubs. Now loudmouth racists and man-haters are rewarded for declaiming against a less "sensitive" past.

Equally relevant is another tactless question: why does Whitton, or anyone of her background, have to be pro-immigration in order to be honored after her death as a decent person?

I pose this question as one some of whose family members settled, as Jewish refugees, in Canada in the 1930s. I also speak as someone who believes that those refugees Whitton hoped to turn away contributed significantly to the society that provided them refuge. I believe Whitton made the wrong judgment in the case of my relatives—but her error does not mean that she was wrong in principle.

Appleby, Carlson and others of their ilk wish to suggest that anyone who opposes immigration is the sort of bigot who would gladly send all Jews to their deaths.

But there is no reason to assume any of this. Nor should we feel obliged to hate Whitton because she wished to see non-French Canada remain culturally English. Does the very leftist and anti-Whitton, but passionately Zionist, Canadian Jewish Congress reject Premier Netanyahu because he insists that Arabs, and indeed everyone else, recognize Israel as a "Jewish state"? By what right, as opposed to a double standard, should one blame English Protestant Canadians in the 1930s or 1950s for insisting on the same right for themselves? Why were they morally reprehensible for wanting to maintain their ethnic predominance in an area they had settled and imprinted with their way of life?

Moreover, Whitton attained honor during her lifetime as an outspoken feminist, who was not above insulting the male sex, from all accounts, quite brutally. This helped in her ascent toward sainthood on the fashionable Left. Yet when she was later exposed for what she never disguised, that is, as a defender of WASPdom, her reputation began to plummet. Clearly not all insults are equally useful.

Whitton should have reserved her nastiness for males and homophobes. That way she would not now run afoul of the Thought Police who today tyrannize over the society that replaced the one that she, along with the rest of her kind, have lost.

Paul Gottfried (email him) is Professor of Humanities at Elizabethtown College, PA. He is the author of After Liberalism, Multiculturalism and the Politics of Guilt and The Strange Death of Marxism.