Another Treason Church? A Sympathizer Says That, Despite Evan McMullin There’s Hope For The Mormons 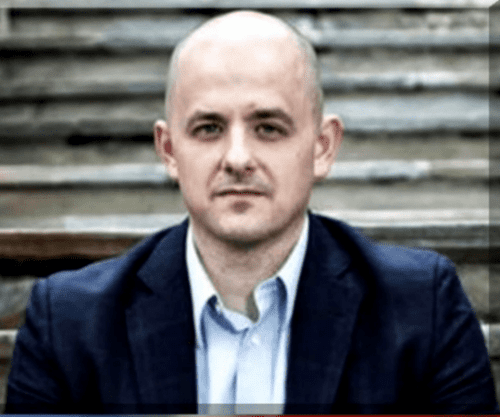 Today, Evan McMullin, the independent running explicitly to sabotage Donald J. Trump, got on the ballot in Utah, where his campaign is headquartered. [Presidential candidate Evan McMullin to appear on Utah ballot in November, by Dennis Romboy, Deseret News, Aug. 15, 2016] He may cost Trump the state. McMullin is pretty clearly a neoconservative stalking horse. [Evan McMullin: Raising the Neocon Flag, by Justin Raimondo, Antiwar.com, August 15, 2016]. His campaign website suggests “a path to legal residence and in some cases citizenship” for illegal aliens and favors legal, skilled immigration. But McMullin is also a Mormon, who served as a missionary in Brazil. This raises again the question posed here recently by James Kirkpatrick: are the Mormons becoming another Treason Church?

As someone who has observed the Church of Jesus Christ of Latter Day Saints (to use its official name) from within, I’d like to share a few thoughts about Mormons and the National Question, and how perhaps to turn them into allies.

While in graduate school, I attended a Mormon church for about a year and remember the time fondly. What I was looking for was not so much answers to deep questions, but a community of healthy, normal, well-adjusted people.

The men in my ward (= congregation) who were graduate students all studied practical subjects like dentistry, medicine, and law. They were married and had children. There were practically no female graduate students. In the elite college setting, with its effeminate men and neurotic, barren, career-driven women, the Mormons I knew were a breath of fresh air.

I liked to imagine that being around them was like hopping into a time machine and coming out in the 1950s, before the ideologies of the modern Left had gone about destroying faith, identity, and healthy relations between the sexes.

As James Kirkpatrick noted, there is a case to be made that the Mormons are turning into just another universalist church.  Church leaders met with President Obama in 2010 and gave support to “comprehensive immigration reform” a.k.a. Amnesty/ Immigration Surge. [LDS Church reaffirms stance on immigration, by Tad Walch, Deseret News,  April 15, 2014]And the Church even expressed official concern over “any state [immigration] legislation that only contains enforcement provisions.” [Official Statement, June 10, 2011]

VDARE.com has often noted that among Protestants, Catholics, and Jews, while the elite tends to be in favor of more immigration, the masses are opposed. But I have to say there appears to be less of an elite-masses split among the LDS faithful. Mormons are more than twice as likely as Evangelical Christians to favor more immigration into the United States[Can Donald Trump Get Mormon's Vote in Utah?By Daniel Lee, NewsEveryDay.com, March 20, 2014]

I think that this is because Mormons actually listen to their leaders! Which is sometimes a good thing and reflects a high degree of social capital, but can also be destructive when those leaders are wrong on a particular issue.

Being highly politically engaged means that Mormons generally are also easily influenced by “conservative intellectuals” i.e. Conservatism Inc. talking heads. In a recent presidential poll, 14% of Utahans volunteered that on the day of the election they would be writing in the name of Mitt Romney [ The Rachel Maddow Show, Transcript, August 8, 2016]

When an individual is converting to Mormonism, the Church conducts a pre-baptismal interview, in which, in addition to questions regarding beliefs about doctrine, they ask the applicant whether he has ever participated in an abortion or homosexual relationship. This clearly reflects the culture wars that conservatives have been fighting (and losing) over the last few decades.

To hear a bad word about capitalism in my Church was about as rare as hearing praise for abortion doctors. On everything from guns to foreign policy to the separation of powers, the highly-educated Mormons I knew would regularly repeat arguments that I saw on Fox News or read in the Wall Street Journal. Of course, this conservative elite opinion has been almost uniformly dogmatically hostile to Trump. Hence, Evan McMullin was most probably easy prey for Bill Kristol.

Still, the fact that Mormons are generally plugged into the wider currents of the American Right can have an upside. I noticed that members of my church were also generally open to more nationalistic arguments that deviated from the standard script that they were fed.

Republican leadership has for a generation been in favor of Amnesty and Open Borders. Yet if immigration patriots can continue to remake the Republican Party in their own image, and immigration becomes a strictly partisan issue the way that guns and abortion are, then I believe there is a good chance that Mormon leaders would adjust their position—and the rank-and-file would eagerly come along.

No less than 85% of Utah Republicans disapproved of Obama’s Executive Order on immigration [Poll: Utah Republicans and Mormons Disagree with Obama's Immigration Order, UtahPolicy.com, December 22, 2014]. However, I suspect has more to do with attitudes towards the President than it does with the policy itself.

Remember that, although Mormons may in effect be encouraging the transformation of the country through mass immigration, the Church itself may not have to adjust too much. One of the most interesting things I observed during my time in the Church was the ways in which they dealt with those who break the rules. Every week, members of the Church in good standing take sacrament. Being in good standing is no mere formality, as one might expect: it requires that the member, among other things, abstain from drinking, drugs, and premarital sex. The Church also expects a great deal else from its members, including volunteer work at temples and hours of Bible study each week.

The practical effect that I saw: the Church only attracted and retained individuals who were conscientious and had some measure of self-control.

In other words, while the low social capital that most current migrants bring may drag down America as a whole, there are enough barriers to entry that the LDS Church may escape relatively unscathed. Any immigrants who do join and remain in the Mormon Church are likely to continue to be good citizens who are upstanding and conscientious.

This is unhelpful in the context of alerting the Church to the dangers of immigration, but as someone who would like to see the Church survive as is, I find it a comfort.

Mormon dislike for Trump partly stems from their culture of “going along to get along.” Elders even give sermons on the importance of being civil towards those you disagree with politically. [Loving Others and Living with Differences, By Elder Dallin H. Oaks, LDS.org, October 2014]

Thus whenever a member of my ward was appointed to a new calling, the ward would vote on the matter—and all resolutions passed unanimously. This deference to the collective will does not look kindly upon those who shake things up. Trump’s attitude and demeanor make him peculiarly ill-suited to win over Mormons.

But that in turn means that Mormons are far less likely to be hostile to a nationalist message coming from a more conventionally decorous candidate.

For those within the community, there are parts of the Mormon tradition that can be used to argue against amnesty and mass immigration. According to the website Mormon Voices

Mormons are specifically commanded to respect the law: Although members of the church had already experienced some persecution and were to experience much more, in 1831 Joseph Smith delivered a revelation from God specifically directing them that “no man [should] break the laws of the land” and to “be subject unto the powers that be.” A later public declaration from Joseph Smith stated that “[Mormons] believe in being subject to kings, presidents, rulers, and magistrates; in obeying, honoring, and sustaining the law.” Mormon culture has long included a strong current of pride in being good and loyal citizens.

There is also a Mormon emphasis on good citizenship and patriotism. The idea of America as a unique promised land is deeply embedded in Mormon culture and thought. The official hymnbook of the Church of Latter Day Saints includes “America the Beautiful” and “My Country, ’Tis of Thee.” The US Constitution is said by Mormons to have been inspired by God. [ Mormonism and Patriotism , By Sean Jackson Holder, Emory Law Blog, August 26, 2012] Mormons even believe that the Founding Fathers and other prominent historical figures appeared to then apostle Wilford Woodruff in a dream and asked to be posthumously baptized into the Church. [Wilford Woodruff: Fourth President of the Church, Presidents of the Church Student Manual, (2012), 58–75, LDS.org]

Most Mormons are not only deeply attached to their faith, but their country. If they can be convinced that they’ll lose it through mass immigration, they could easily come over to the patriot side.