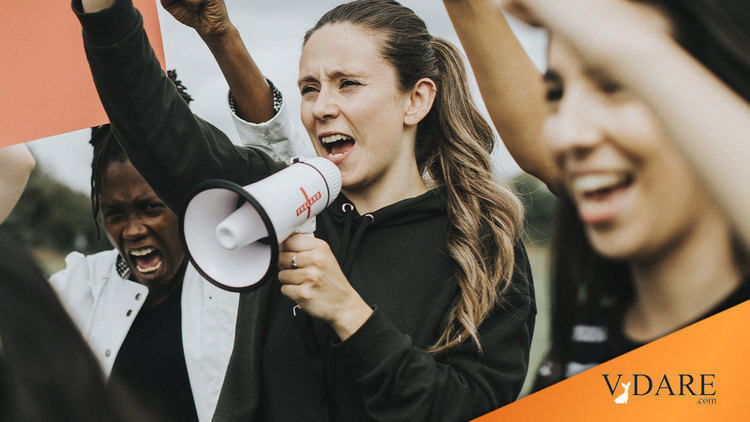 The Decline Of Wise Women In The Age Of Feminism

By now it should be clear that a large fraction of lesbians will always have obtuse and self-serving theories about what pretty girls need: Young women should stop wasting time mooning over boys and instead follow the leadership of strong women (perhaps into bed). As Betty Friedan lamented in the 1970s about the fate of her National Organization for Women, feminist organizations tend to get taken over by lesbian cabals.

But, there aren’t many lesbians, on average they're not particularly appealing, and most women don’t pay much attention to organized feminism. (For example, whatever happened to NOW?) Clueless lesbians ye shall always have with ye.

Of more concern is Eileen Pollack’s kind of disorganized feminist thinking. Autism researchers have a term "theory of mind" to describe what autistics lack in their perceptions of other people. Pollack's 8000 word article on Yale coeds is strikingly lack in theory of mind about Yale men. They're pretty much ciphers. That's peculiar because she is a novelist in her later 50s and has a son.

In contrast, to lesbians, there’s nothing inevitable about feminine women in late middle age being as lacking in wisdom as Ms. Pollack. That’s real damage caused by marinating in decades of feminist ideology. Moreover, feminism encourages self-absorption.

Mature female wisdom is a valuable societal resource. If you want advice on an interpersonal problem that is baffling you, the single most likely demographic segment to understand the various human perspectives involved is older women, especially ones who had fathers in their lives, brothers, husbands, and/or sons so that have sympathetic experience with how males think.

Unfortunately, we're going to have the dumbest, most self-absorbed grandmothers in history.