Re: James Kirkpatrick's article The Mormons Are Becoming Another Treason Church. They Need An Immigration Patriot Whack On The Snout

From: A VDARE.com Donor (And LDS Church Member)  [Email him]

A few weeks ago, I attended a small reception with Peter Brimelow and his family along with a few other VDARE.com donors. It’s always nice to be around good and interesting people, but considering the picturesque setting, it was especially pleasant. 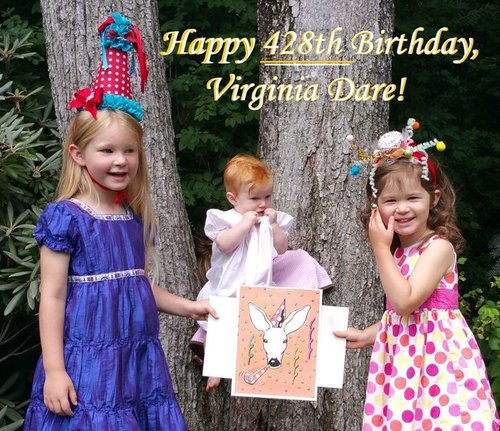 Towards the end of the afternoon, it came out that I was a Mormon—as it always does when I steer the conversation towards fishing and snowboarding (Utah specialties). The ensuing dialogue about the Mormons and our politics was very cordial but definitely challenged me.

Driving home, while I was a bit troubled by the discussion I was also not surprised at the opposition toward my Church. It wasn’t something I had thought much about before but from VDARE.com’s perspective, the Mormon Church is an antagonistic organization. And I can’t blame them for feeling that way.

I still wrote another check to VDARE.com that week.

This week, I was glad to see a new article from VDARE.com outlining its problems with Mormons and the Church. For an outsider, James Kirkpatrick did a fine job at characterizing both Mormon culture and Mormon theology. However, I feel obligated to say I did notice several inaccuracies regarding Church history, doctrine, and culture. I also think some of the points regarding Latino Church members, their ancestral roots in Mormon theology, and their migration patterns were overblown. (And don’t discount the ever-increasing voting bloc of non-Mormon transplants in Utah.) But since none of these things were particularly egregious and Kirkpatrick’s larger message still stands, I will not address each quibble.

It’s fairly puzzling: as Mormons we practically are white America and, dare I say, what the rest of America aspires to be. So why do Mormons seem so… cucked?

Many Mormons think like I do, but they are few and far between. Rare, I think, as finding a thoroughgoing immigration patriot in the general population. Not a stirring endorsement, I know.

I am afraid that Kirkpatrick’s characterization of Utahans as a microcosm of conservatism is more accurate than we, as immigration patriots, would like. That same battle is being fought to win over conservatives, but with Mormons, it is harder. I’ll address this first doctrinally and then culturally.

Executive Summary: The opposition to Trump is nothing more than Church organization pursuing theological goals and the membership—the actual voters—being products of the culture.

Mormon theology is not concerned with borders. Frankly, the Mormon Church is concerned with getting as many people as possible in the tent. That’s it. A cynic would (understandably) call that a disingenuous way to expand the Church’s—and therefore the leadership’s—wealth and influence. A believer would call it following Christ’s command to “teach all nations, baptizing them in the name of the Father and the Son and the Holy Ghost.”

Call me ignorant or naïve, but I take the leadership at its word and choose the latter interpretation of its actions. Either way, though, the point is the Church cares about politics only to extent that it can continue with three goals: 1) increase membership, 2) help members live the teachings, and 3) care for the poor and needy. The Church—as an organization—will never be an ally of immigration patriots.

(As a side point, baptizing more Latinos does not help the Mormon Church’s bottom line. Tithes from American whites heavily subsidize Church operations throughout the rest of the world. Now that may annoy VDARE.com readership but it also implies there isn’t much money in baptizing Third Worlders.)

As far as the membership goes, shortly after the primary, I said to a friend, “Mormons are thoroughly moderate Republicans and clutch their pearls when faced with harsh words from politicians.” In fact, that’s one of the mantras in the faith. “Moderation in all things.” Hmm. That doesn’t exactly describe The Donald. I lived in Utah from 2004 to 2011 and after a few years I was able to peg it: Mormons are political wimps. They just won’t vote for the mean guy.

This also explains why every official statement from the Church is as politically correct as possible without compromising Church doctrine. Offending as few people as possible is the way to go if all you want to do is preach the gospel. Of course this PC attitude bugs me, for I see modern society and the “correct” way of thinking permeating the Church just like the rest of the country (albeit more slowly).

Regarding Trump’s policies, Mormons may seem pro-immigration but they are not pro-immigration in the way that anti-whites are. They support immigration in theory—the “love your neighbor, preach the gospel, promote families” theory—but don’t really deal with it much in practice. It’s similar to how rich liberals are weak on crime because they live where there are no minorities. Ted Cruz’s official position is fairly anti-immigration and Mormons voted for him convincingly.

The simpler answer is that Trump is a jerk and Mormons don’t like him or his image. Why do we think that Melania Trump ad came out during the Utah primaries? I mean, it got my poll numbers up (if you know what I mean) but ads like that work the other way on a typical Mormon. Throw in Trump’s name-calling, mockery, and phallic references and it’s the biggest non-surprise for me that he got whipped in Utah.

What’s more, the religion itself is so focused an eternal perspective and the immortality of the soul that it’s impossible for a Mormon to ever care very much about politics. Fundamentally, we see politics as just a small, inconsequential part of our eternal journeys. Every good Mormon on some level thinks, “Well, whatever happens in the election, all that really matters is that I live my faith, take care of my family, and try to serve others.” Are we getting the picture of the Mormon mindset?

While I am to some extent more the exception than the rule, let me conclude with how I personally reconcile Mormonism and being an Immigration Patriot.

We speak all the time about the power of tribalism and perhaps I am the perfect example of this. In the view of many VDARE.com authors and readers, that also makes me representative of the problem with Mormons. For I am a Mormon through and through. There is no branch of my family tree that has not been Mormon for at least a century.

More than a cultural relationship, though, it is by means of this doctrine, given to Joseph Smith through supernatural means and administered by the LDS Church, that I have found spirituality and come to know God. I believe strongly in what VDARE.com stands for (many of my family lines are pre-Revolution) and I am not pleased with the attitude of the Church and the majority of its membership in regards to these issues. But if ranking is required, then I am a Mormon first and an immigration patriot second. I don’t believe I will ever have to pick sides, though, as there is room in the religion’s doctrine for a variety of political views.

Mormons can be won over, but only on a case-by-case basis (the Church itself will not change). It just takes the right “nice” politician or, as Kirkpatrick said, the right tough lesson on the realities of diversity. For me, I was on board before The Donald so it was an easy follow, but for the rest of them the right guy is out there.

In the meantime, keep in mind in the words of a rather insightful forum post I saw, “I can’t blame people [who live] in the 50s for voting like it’s the 50s.”