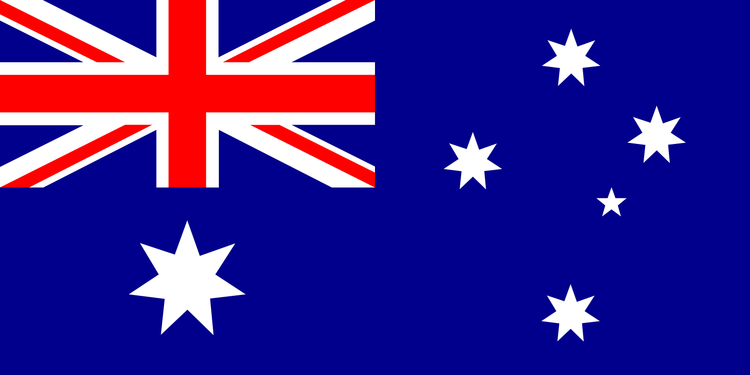 Yet diversity is working its emasculating effect Down Under. It's making Australians as pusillanimous as any Harvard faculty member shocked, shocked by Larry Summers's tactless honesty about sex differences.

For years, I've been pointing out that, although ethnic diversity is alleged to inspire the free interplay of multiple viewpoints, the reality is that it undermines our heritage of free speech.

Australia is a case in point: the presence of a few hundred Sudanese refugees in the country has apparently intimidated two universities into shutting down discussion of the wisdom of importing more sub-Saharan Africans into Australia.

As I reported in July, Macquarie University suspended law professor Andrew Fraser, a VDARE.com contributor, for the unforgivable transgression of writing a letter to the local newspaper suggesting that people of African descent have a higher propensity toward crime.

In fact, of course, in the wake of the New Orleans Nightmare, the view that there are systematic differences in different races' propensity for crime is more undeniable than ever. See, for example, the just-released report The Color of Crime—or the Associated Press report last week, "Half Katrina Refugees Have Records":

"In South Carolina, state police checked every evacuee flown there by the government. Of 547 people checked, 301 had criminal records, according to Robert Stewart, state Law Enforcement Division Chief."

But nothing makes people madder at you than telling a truth that they are perfectly aware is true when they just want it to disappear.

So what just happened to Fraser is hardly surprising.

A lengthy essay by Fraser had passed through the standard double blind-referee evaluation process of the Deakin University law review and was scheduled for publication. Then the lawyer for the Sudanese, one George Newhouse, [send him mail] threatened Deakin University under Australia's law against "racial vilification."

After displaying some backbone for a few days, Deakin University's higher-ups shamefully caved in [email Deakin Vice-Chancellor Sally Walker] and stifled the article's publication. In response to an inquiry by British psychometrician Chris Brand, the Dean of Deakin's Law School, Philip H. Clarke, [email him] claimed:

"The decision not to publish was taken following legal advice from counsel that publication would contravene the Commonwealth Racial Discrimination Act 1975 and also, possibly, state and territory legislation dealing with racial and religious vilification. As I am sure you will understand, in these circumstances, publication was not possible."

Clearly, Australia needs a First Amendment. But it's also obvious that Deakin University was looking for an excuse, as Brand acidly demonstrated in his reply:

"I have read the 1975 Act and note that it actually expressly exempts racial criticism of an academic nature. Please can you tell me which law firm advised you to depublish and what was the precise wording of their opinion and how much Deakin paid for the advice? As things stand, it looks as if Deakin has been exceptionally cowardly in not even attempting to see whether academic free speech is still possible in today's Australia…"

It's striking how the mere residence of a few hundred Africans in Australia can cause two major universities to corrupt themselves morally, to humiliate themselves publicly, by junking their promises of academic freedom.

But, then, that's the magic of diversity!

Fortunately, retired academic John J. Ray showed some of that traditional Australian spunk and posted Fraser's spiked essay, "Rethinking the White Australia Policy", on one of his many websites.

Fraser's paper turns out to be far-reaching, provocative, and intellectually ambitious. Perhaps to a fault—he might have been well advised to point out that not every one of his more speculative arguments is necessary to his overall point.

To the typical contemporary intellectual with his impoverished conceptual vocabulary, however, Fraser's essay could only be expressed in one word: crimethink!

In 1901, Australia adopted a requirement that immigrants be literate in a European language, which became known as the (now much-denounced) "White Australia" policy. At the time, it was pushed through by labor unionists and socialists. They knew that both the high wages of the Australian working man and the Australian government's nascent social safety net would be undermined by the capitalist class' desire to have the impoverished masses of nearby Asia pour into this largely empty island.

Similarly, Californians of a century or more ago, such as the formidable socialist author Jack London, backed the U.S. government's ban on Asian immigrants.

And that helped long preserve California as the Promised Land for America's working and middle classes.

Looking back, it's clear that emigration to Australia or America could not have alleviated on any meaningful scale the awful poverty of Asia. The only thing that could help that mass of people is the kind of radical improvement in government policy that China underwent in 1978 and India in 1991.

Someday, we may see the same in Mexico—but probably not until we shut down the ruling elite's use of its northern border as a safety valve for its discontented.

After WWII, Australia encouraged immigration from southern Europe. Large numbers of Italians and Greeks were assimilated with considerable success.

In the 1960s and 1970s, however, the ascendant Leftists turned away from the welfare of the majority to championing minorities, thereby trumpeting their moral superiority over their fellow whites. Australia dumped its White Australia policy and began admitting sizable numbers of non-European immigrants. (Needless to say, Asian countries did not open their borders to Australians. Racial equality is a one-way street.)

Fraser is appalled by the Australian immigration policy of the last few decades. But an American patriot might be mildly envious. John Howard, the brilliant right-of-center politician who recently won his fourth term as Prime Minister, has made the fight against illegal immigration and abuse of the refugee process central to his political identity. (After barely scraping by two Presidential elections in a row, it's starting to become clear that the GOP's only hope in 2008 is to imitate Howard).

Australia's legal immigration quotas are high, but not as extravagant as in Canada, where the ruling Liberals use immigration to import new left-of-center voters from around the world.

And, unlike the U.S., Australia strives to accept applicants rich in human capital who are more likely to pay more in taxes than they consume in government subsidies.

Thus, Australia (and its distressed Aboriginal population in particular, who hardly need new competitors at the bottom) has largely been spared the importation of a second underclass (although Australia is having crime problems with Muslim immigrants).

In contrast, the U.S. has chosen to drive millions of African-Americans out of jobs they were qualified to do and replace them with Latin American immigrants.

Still, one downside of Australia's emphasis on high-quality immigrants is that its Asian newcomers are pushing native Australians out of elite meritocratic institutions—just as in California, several of the University of California campuses have come to be dominated by workaholic Asians.

Perhaps the most intriguing of Fraser's many themes: his paradox that the same high level of "trust" (to use Francis Fukuyama's term) extending beyond kin that has allowed the English-speaking peoples to build self-governing institutions that square the circle of reconciling individualism with cooperation also threatens to undermine the Anglosphere—by making us suckers for self-sacrificing ideologies that more clannish immigrants laugh at.

In most countries, in most eras, you needed to belong to an extended family "mafia" for protection. Upper-middle class individuals in English-speaking countries, at least when not watching The Sopranos, generally just don't get the importance of extended families in the rest of the world. Anglosphere intellectuals are especially oblivious, for emotional reasons—they tend to despise their relatives, who often aren't as smart as they are, but frequently make more money.

The English were perhaps the first to break out of this rut. Fraser notes:

"Over time, individualistic social structures encouraged the emergence in England of the common law of property and contract and, later still, the emergence of impersonal corporate forms of business enterprise, all requiring cooperation between strangers…"

Some of the cultural attributes that emerged in Northwestern Europe that made individualistic polities possible include, include, according to Fraser:

"Only a people such as the English, characterized by the 'non-kinship based forms of reciprocity' associated with Protestant Christianity, monogamy and companionate marriage, nuclear families, a marked de-emphasis on extended kinship relations, and a strong tendency towards individualism could possibly succeed in creating such a 'society of strangers.'"

Fraser speculates that these attributes have genetic roots. While that's certainly possible scientifically, we're still a number of years away from being able to test that idea empirically.

But even if the roots of our civic societies were purely cultural in origin, as they may well be, these are not tendencies that immigrants can or will choose to adopt immediately—especially in our era, which glorifies multiculturalism and denigrates the host culture's traditional values.

"This exposes a fundamental paradox built into the free and open societies of the West: The only racial groups able to fit seamlessly into the society of strangers constituting a civic nation are those whose members can easily shed the deeply-ingrained ethnocentrism and xenophobia characterizing most non-European peoples."

For example, the extended family values of Asian newcomers often serve them well economically in English-speaking countries. But they can place a burden on the host country's civic virtues.

"At the high end of Australia's immigrant intake, a growing cognitive elite of East Asians threatens to become similar to 'market-dominant minorities' such as the overseas Chinese in Southeast Asia, Jews in Russia or Indians in East Africa. Faced with competition from a growing East Asian population, white Australians will find themselves outgunned: Western-style 'old boy' preference networks are only weakly ethnic in character, and, thus, permeable, making them no match for the institutionally-directed, in-group solidarity or 'ethnic nepotism' practiced by other groups. Endowed with an edge in IQ and a temperament conducive to rigorous regimes of coaching, rote learning and stricter parental discipline, young East Asians already dominate the competition for places in universities and professional schools. Within two to three decades, it is not unreasonable to expect that Australia will have a heavily Asian managerial-professional, ruling class that will not hesitate to promote the interests of co-ethnics at the expense of white Australians."

This is somewhat more of a danger for white Australians than white Americans, due to the Australians' greater proximity to Asia, smaller numbers, and traditional working class aversion to entrepreneurialism. But it could happen here too.

Whether the threat to the economic position of native Australians is as dire as Fraser warns, I couldn't say. But it's certainly something that should be studied in quantitative detail in Australian scholarly journals.

Oh, except that the topic apparently isn't allowed to be studied in Australian scholarly journals.

So the country is flying blind into an uncertain future.

You're going to need it.