The first sentence of Congress' Obamacare repeal should read: "There shall be a free market in health insurance.”

Right there, I've solved the health insurance crisis for 90 percent of Americans. Unfortunately, no one can imagine what a free market in health care looks like because we haven't had one for nearly a century.

On NBC's "Meet the Press" this weekend, for example, Chuck Todd told Sen. Tom Cotton that his proposal to create affordable health care that would be widely available, "sounds good," but "do you understand why some people think that's an impossible promise to keep?” [Transcript]

(The "do you understand ...?" formulation is a condescension reserved only for conservatives, whose disagreement with liberals is taken as a sign of stupidity.)

Todd continued: "To make it affordable, making it wider, I mean, that just seems like—you know, it seems like you're selling something that can't be done realistically.”

Dream Sequence: Chuck Todd on Russia's "Meet the Press" after the fall of the Soviet Union: "Do you understand why some people think that's an impossible promise to keep? To make bread affordable, making it wider, I mean, that just seems like—you know, it seems like you're selling something that can't be done realistically.” It turns out that, outside of a communist dictatorship, all sorts of products are affordable AND widely available! We don't need Congress to "provide" us with health care any more than we need them to "provide" us with bread. What we need is for health insurance to be available on the free market.

With lots of companies competing for your business, basic health insurance would cost about $50 a month. We know the cost because Christian groups got a waiver from Obamacare, and that's how much their insurance costs right now. (Under the law, it can't be called "insurance," but that's what it is.)

Even young, healthy people would buy insurance at that price, expanding the "risk-sharing pools" and probably bringing the cost down to $20 or $30 a month.

In a free market, there would be an endless variety of consumer-driven plans, from catastrophic care for the risk-oblivious to extravagant plans for the risk-averse.

You should visit America sometime, Chuck! The orange juice aisle in a Texas grocery store knocked the socks off Russian president Boris Yeltsin. (Imagine how cheap a double screwdriver must be in America!)

Just as there are rows of different types of orange juice in the grocery store—and loads of grocery stores—there will be loads of health insurance plans and insurance companies offering them.

Americans would finally be able to buy whatever insurance plans they liked, as easily as they currently buy flat-screen TVs, cellphones and—what's that product with the cute gecko in its commercials? I remember now! CAR INSURANCE!

Evidently, insurance is not impervious to the iron law of economics that every product sold on the free market gets better and cheaper over time.

The only complicated part of fixing health care is figuring out how to take care of the other 10 percent of Americans—the poor, the irresponsible and the unlucky. And the only reason that is complicated is because of 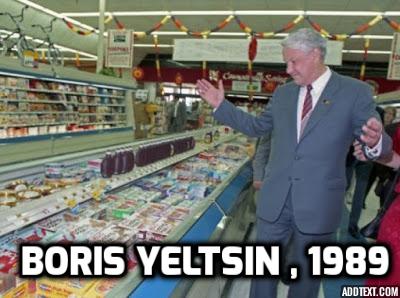 Needless to say, the modern nanny state already guarantees that no one will die on the street in America. The taxpayer spends more than a trillion dollars every year on Medicare, Medicaid and Social Security disability insurance so that everyone's health is taken care of, from cradle to grave.

Unfortunately, probably at least half of that sum is fraud.

Policing fraud is difficult because: (1) the bureaucrats dispensing government benefits believe there is no fraud and, if there is, it's a good thing because it redistributes income; and (2) we keep bringing in immigrants for whom fraud is a way of life. (See Adios, America! The Left's Plan to Turn Our Country Into a Third World Hellhole.)

Consequently, after the first sentence establishing a free market in health insurance, the entire rest of the bill should be nothing but fraud prevention measures to ensure that only the truly deserving—and the truly American—are accessing taxpayer-supported health care programs.

I'd recommend sending as much as possible back to the states, and also paying bounties to anyone who exposes a fraud against Medicare, Medicaid or Social Security. Anyone caught committing health care fraud should get 10 years. Not in prison, in a Medicaid doctor's waiting room.

But I'm sure you guys in Congress have come up with lots of great ideas for policing fraud in the SEVEN YEARS you've had to think about it. (Hello? Is he breathing? Dammit, I'm not getting a pulse!!)

Then, Congress can start removing all the bad stuff from the U.S. Code, such as:

The government can provide for those who can't provide for themselves, but the rest of us need to be allowed to buy health insurance on the free market—an innovation that has made America the richest, most consumer-friendly country in the world.

It's taken 50 years, but, thanks to Hillary's losing the election, we finally have liberals on the record opposing the Soviet Union. Can't all of Washington come together and end our soviet health care system?