Ann Coulter: I Have A Dream...About Gay Wedding Cakes 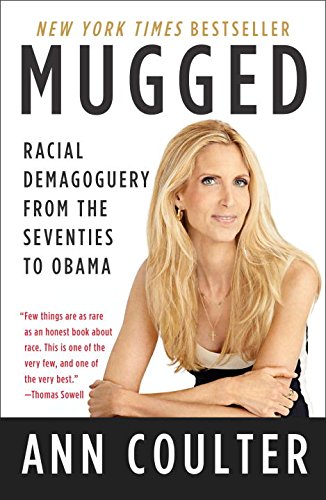 The Supreme Court's recent decision on whether a Christian baker can be forced to make a wedding cake for a gay marriage (no) arriving on the same day that Bill Clinton reared his syphilitic head on NBC's "Today" reminded me how liberals always use black people as props.

Midway through the last century, bedrock legal principles about property rights and freedom of association were abrogated to deal with a specific, intractable problem: We could not get Democrats to stop discriminating against blacks.

So Republicans, with very little Democratic help, passed a slew of laws saying: No, even though you own that restaurant, you cannot discriminate against black customers. And no, even though we are a free people, you cannot refuse to associate with black people in your clubs, universities or sports teams.

This should have been a one-time exception to the law for one specific group of people based on an emergency.

Just six years after passage of the historic 1964 Civil Rights Act, Democrats in New York had dropped black people from the equation and moved onto legalized abortion. State senator Manfred Ohrenstein of Manhattan explained why killing the unborn was a "right": "It was the end of the civil rights era, and we viewed [abortion] as a civil right."

In the 1991 case Kreimer v. Morristown, a Carter-appointed federal district judge, H. Lee Sarokin, ruled that a public library's discrimination against smelly, frightening homeless people violated the equal protection clause because it had a "disparate impact" on people who refuse to bathe compared to those who bathe regularly. Three years later, President Clinton promoted him to an appellate judgeship. (The judge, not the homeless person.)

In 2007, then-governor Eliot Spitzer vowed that "New York state will continue to be a beacon of civil rights"--when proposing a state law that would guarantee access to late-term abortions.

These days, you could be forgiven for not realizing that civil rights ever had anything to do with black people. According to Equal Opportunity Employment Commission statistics, for a least a decade, 65 percent of all "civil rights" claims have had absolutely nothing to do with race discrimination.

The gay wedding cake caper is only the most recent example of our majestic "civil rights."

Instead of basing favored treatment under the law on a history of brutal and widespread injustice in America, liberals thought it should also be based on other forms of suffering, such as: being a woman, being a Muslim, wanting an abortion, having been born in Mexico, being a smelly homeless person stinking up the public library and—according to Ruth Bader Ginsburg this week—being a gay couple who wants to force a Christian to bake a cake for your wedding.

Princeton ethics professor Peter Singer compares black people to apes, citing the black liberation movement as a model for the liberation of apes. We must "extend to other species," Singer says, "the basic principle of equality" that we extend "to all members of our own species."

This wasn't an Ambien-induced Twitter rant by a comedian. Singer wrote it, calmly and deliberately, in a book on "ethics."

Still, I believe the greatest insult black Americans have had to endure from liberals was when they called Bill Clinton the "first black president."

I notice that he was not the first black president when Democrats were singing Fleetwood Mac at his inauguration, nor when he was appointing the first woman attorney general or passing welfare reform. Only after Clinton was caught in the most humiliating sex scandal in U.S. history did he suddenly become "the first black president." (Which is not true, according to Monica Lewinsky's description of Clinton's private parts.)

During the House impeachment hearings, Rep. Maxine Waters ferociously defended Clinton, saying, "I am here in the name of my slave ancestors." She said she had woken up in the middle of the night, "with flashes of the struggles of my African ancestors for justice."

What this had to do with Clinton perjuring himself about molesting a chubby Jewish White House intern was anyone's guess.

Always the master of subtlety, as soon as the Lewinsky scandal broke, Clinton promptly invited the Rev. Jesse Jackson to the White House to "pray" with him. Two months later, he took off on an 11-day, six-nation $43 million trip to—guess where? Africa!