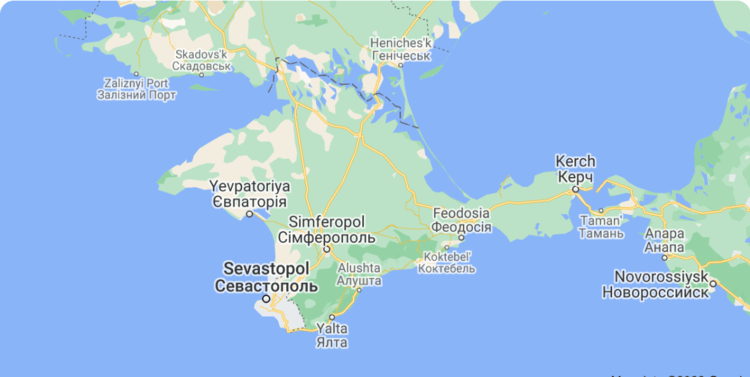 It's pointless to pay attention to foreign policy when a Democrat is president, unless you enjoy having your stomach in a knot. As long as a Democrat sits in the White House, America will be repeatedly humiliated, the world will become a much more dangerous place—and there's absolutely nothing anybody can do about it. (Though this information might come in handy when voting for president, America!)

The following stroll down memory lane is but the briefest of summaries. For a full accounting of Democratic national security disasters, please read my book, Treason: Liberal Treachery From the Cold War to the War on Terrorism.

John F. Kennedy was in the White House for less than three years and, if you think he screwed a lot of hookers, just look what he did to our foreign policy.

Six months after becoming president, JFK had his calamitous meeting with Nikita Khrushchev in Vienna—a meeting The New York Times described as "one of the more self-destructive American actions of the Cold War, and one that contributed to the most dangerous crisis of the nuclear age." (The Times admitted that a half-century later. At the time, the Newspaper of Record lied about the meeting.)

Khrushchev was delighted to discover that the U.S. president was so "weak." A Russian aide said the American president seemed "very inexperienced, even immature."

Seeing he was dealing with a naïf, Khrushchev promptly sent missiles to Cuba. The Kennedy Myth Machine has somehow turned JFK's handling of the Cuban Missile Crisis into a brilliant foreign policy coup. The truth is: (1) Russia would never have dared move missiles to Cuba had Khrushchev not realized that JFK was a nincompoop; and (2) it wasn't a victory.

In exchange for Russia's laughably empty threats about Cuba, JFK removed our missiles from Turkey—a major retreat. As Khrushchev put it in his memoirs: "It would have been ridiculous for us to go to war over Cuba—for a country 12,000 miles away. For us, war was unthinkable. We ended up getting exactly what we'd wanted all along, security for Fidel Castro's regime and American missiles removed from Turkey."

Kennedy's successor, Lyndon Johnson, famously escalated the war in Vietnam simply to prove that the Democrats could be trusted with national security.

LBJ's incompetent handling of that war allowed liberals to spend the next half-century denouncing every use of American military force as "another Vietnam."

Jimmy Carter warned Americans about their "inordinate fear of communism" and claimed to have been attacked by a giant swimming rabbit.

His most inspired strategic move was to abandon the Shah of Iran, a loyal U.S. ally, which gave rise to the global Islamofascist movement we're still dealing with today. By allowing the Shah to be overthrown by the Ayatollah Khomeini in February 1979, Carter handed Islamic crazies their first state.

Before the end of the year, the Islamic lunatics had taken 52 Americans hostage in Tehran, where they remained for 444 days.

The hostages were released only minutes after Ronald Reagan's inauguration for reasons succinctly captured in a Jeff MacNelly cartoon. It shows Khomeini reading a telegram aloud: "It's from Ronald Reagan. It must be about one of the Americans in the Den of Spies, but I don't recognize the name. It says 'Remember Hiroshima.'"

Bill Clinton's masterful handling of foreign policy was such a catastrophe that he had to deploy his national security adviser, Sandy Berger, to steal classified documents from the National Archives in 2003 to avoid their discovery by the 9/11 commission.

Twice, when Clinton was president, Sudan had offered to turn over bin Laden to the U.S. But, unfortunately, these offers came in early 1996 when Clinton was busy ejaculating on White House intern Monica Lewinsky. Clinton rebuffed Sudan's offers.

According to Michael Scheuer, who ran the bin Laden unit at the CIA for many years, Clinton was given eight to 10 chances to kill or capture bin Laden but refused to act, despite bin Laden's having murdered hundreds of Americans in terrorist attacks around the world. Would that one of those opportunities had arisen on the day of Clinton's scheduled impeachment! Instead of pointlessly bombing Iraq, he might have finally taken out bin Laden.

When Obama took office, al Qaida had been routed in Iraq—from Fallujah, Sadr City and Basra. Muqtada al-Sadr—the Dr. Phil of Islamofascist radicalism—had waddled off in retreat to Iran. The Iraqis had a democracy, a miracle on the order of flush toilets in Afghanistan.

By Bush's last year in office, monthly casualties in Iraq were coming in slightly below a weekend with Justin Bieber. In 2008, there were more than three times as many homicides in Chicago as U.S. troop deaths in the Iraq War. (Chicago: 509; Iraq: 155).

On May 30, The Washington Post reported: "CIA Director Michael V. Hayden now portrays (al-Qaida) as essentially defeated in Iraq and Saudi Arabia and on the defensive throughout much of the rest of the world ..." Even hysterics at The New York Times admitted that al-Qaida and other terrorist groups had nearly disappeared from Southeast Asia by 2008.

A few short years into Obama's presidency—and al-Qaida is back! For purely political reasons, as soon as he became president, Obama removed every last troop from Iraq, despite there being Americans troops deployed in dozens of countries around the world.

Bush won the war, and Obama gave it back.

Obama couldn't be bothered with preserving America's victory in Iraq. He was busy helping to topple a strong American ally in Egypt and a slavish American minion in Libya—in order to install the Muslim Brotherhood in those countries instead. (That didn't work out so well for U.S. Ambassador Chris Stevens and three other Americans murdered in Benghazi.)

So now, another Russian leader is playing cat-and-mouse with an American president—and guess who's the mouse? Putin has taunted Obama in Iran, in Syria and with Edward Snowden. By now, Obama has become such an object for Putin's amusement that the fastest way to get the Russians out of Crimea would be for Obama to call on Putin to invade Ukraine.