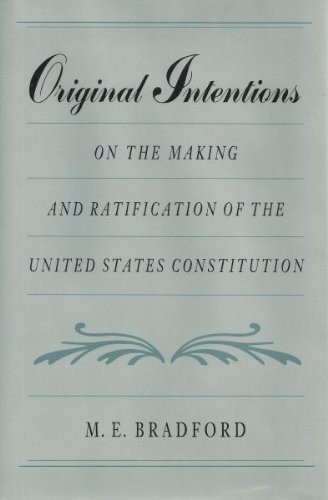 Who are we Americans as a people and who we have been?—not just since the American Founding and the Framing of our Constitution, but dating back to the first settlers on these shores?

Let me give a personal and, I think, representative answer: my father’s family is of Scottish origin. Actually, after leaving ancestral homes in Argyll and Ayrshire, then passing for about sixty years in County Antrim in Ulster, they made the voyage to Philadelphia, arriving in 1716-1717, settling initially in what is now Lancaster County, Pennsylvania (as deeds show). Their object was cheap and good land on which to raise their families; they were already able to practice their faith in County Antrim, just as they were able to do in Lancaster. And the same “liberties” they had in the old country they also had in Pennsylvania.

Seeking newer and fresher lands, whole families picked up in the later 1730s and made the trip southward along the Great Wagon Road to Augusta County, Virginia, and then, by the 1740s to Rowan County, North Carolina. And what is truly fascinating is that from Scotland (in the early 1600s) to Ulster, to Pennsylvania, to Rowan County, North Carolina, it is the very same families in community, the very same surnames and forenames that one finds in the deed and estate records. 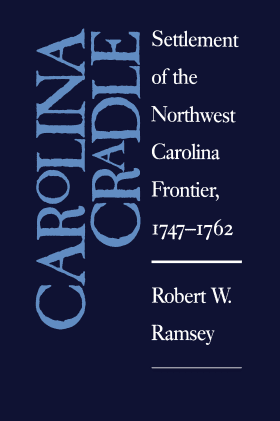 Robert W. Ramsey, in his path breaking 1987 study, Carolina Cradle: Settlement of the Northwest Carolina Frontier 1747-1762, platted the land grants of those pioneers in Rowan County, and over 90% of the family names are the same as those we find in Ulster a century earlier and in the parish registry books of Scotland before that.

And perhaps more striking is that this pattern continued on for another century and more. Collateral members of my father’s family made the trek to California in 1848-1849, enticed by promises of gold and new, unploughed lands. There in a community still known as Catheys Valley near Yosemite Park where they settled, and as late as the 1950s, the same old names in the telephone directory still predominated.

But not only do we find the geographical movement of entire families and communities, in the correspondence of these pioneers that survives there is, almost without exception, no word about traveling west or crossing the ocean to seek “freedom” or “equality” or to “create a new nation founded on [globalist and egalitarian] principles.” Despite the eventually failed experiment of the Massachusetts Bay Puritans to establish a “shining city on a Hill,” the vast majority of our ancestors were not seeking to “create a new people,” but rather to preserve and enhance the old.

When those settlers wrote about their experiences, if at all, it was about their respective families and communities having a better life, about cheaper and virgin farm lands, and about conserving the inheritance and traditions they took with them.

In other words, the 18th century philosophy of Rationalism, and the ideas of “equality” and “democracy” that we are too inclined to attribute to them, don’t really appear on nearly any level.

And this, at base, communal individualism (to use Richard Weaver’s term) is reflected in the deliberations preceding the Declaration and then, even more so, by the Framers in 1787. The documentary evidence in every form confirms that. The “right to equality” enshrined in the Declaration is an “equality” viewed from the Colonies across the Atlantic to the English Parliament, to the inherited “rights of Englishmen”—not to social or economic revolution in the former colonies.

Those deliberations in Philadelphia were the product of a community of states, each with their own peculiarities, their own communities of families, with traditions inherited from Christian Europe, largely from the British Isles, and the desire to both preserve that inheritance while co-existing and collaborating with other communities and states in the creation of the American republic, where those traditions and that inheritance would be protected and respected, and could prosper as its families and communities prospered.

My family’s story is echoed in a great, and fateful, intellectual debate. The late Mel Bradford, arguably the finest historian and philosopher produced by the South since Weaver, warned very presciently In  “The Heresy of Equality” (Modern Age, Winter 1976) of the implicit incompatibility of the Neoconservative narrative—that the republic was founded on universalized notions of equality and liberal democracy—with the inherited traditions and republican constitutionalism of the Framers. This was just one installment in his longstanding dispute with Dr. Harry Jaffa of the Claremont Institute. The Neoconservative narrative, Bradford pointed out perceptively, was a hangover from their immersion in Marx and Trotsky, and to the Rationalist “philosophes” of the 18th century, rather than to a legacy of kinship and blood, an attachment to community and to the land, and a central religious core that annealed this tradition and continued to make it viable. 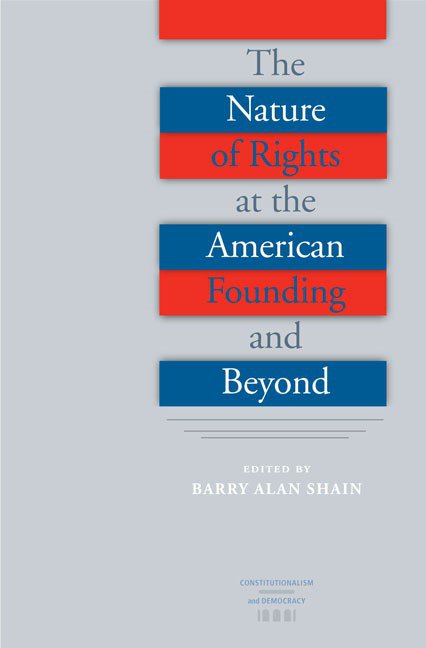 What Bradford revealed in his research (ultimately distilled in his superb study, Original Intentions) and later confirmed overwhelmingly in the massive work of Colgate University historian Barry Alan Shain, was that our old republic was not founded on abstractions about “equality” or “democracy,” or some fanatical zeal to “impose [our] democracy and equality” on the rest of the world, or that we were “the model for the rest of the world,” to paraphrase the Neocon writer, Allan Bloom.  America in 1776 and in 1787, and long before those dates, was largely a patch work quilt of communities of families, most of whom had made the voyage to the New World to find land and new opportunities to succeed, but had done so communally, bringing with them their customs, traditions, and religious faith in tact to these shores. Farthest from their minds were abstract ideas about “making the world safe for democracy.” Indeed, although certainly defensive about their own familial liberties, most of them would have scorned and did scorn the modern conceptions of “democracy” and “freedom” so often peddled by far too many modern “conservative” pundits and authors.

None other than the “father” of the conservative intellectual movement of the 1950s, Russell Kirk, publicly denounced the Neocons in the early 1980s, as essentially “unpatriotic,” that is, placing their zealously globalist “values” of equality and liberal democracy ahead of their allegiance to their country—or, rather, converting that allegiance to their country into a kind of “world faith” which trumpeted disconnected “ideas” and airy “propositions” above the concrete history of the American experience, itself.

But my own up-close experience over the years has been as a witness to what I can only term “the Great Brain Robbery of the American Conservative Movement” —what can only be described as an infiltration, subversion, and, ultimately, perversion of an older American Conservatism by Leftist refugees from a globalist Trotskyite form of Marxism, largely but by no means completely Jewish in origin.

Ironically, although they may appear at times in major disagreement, both the hard core and multicultural Left and the Neocon “Right” share a commitment to a globalist belief in an American “exceptionalism.” They use the same language—about “equality” and “democracy” and “human rights” and “freedom,” its uniqueness historically to the United States, and the desirability to export its benefits. Proponents of the dominant Left and of the establishment Neocon Right will appear variously on Fox or on CNN, or in the pages of National Review or of The New Republic, to furiously deny the meaning given by their opponents…but all the while using the same linguistic template and positing goals—in civil rights, foreign policy, immigration, etc.

Thus, for instance, the notorious “Gang of Eight” Amnesty/ Immigration Surge proposal was essentially an attack on the very fabric of American nationhood and identity—yet it was embraced by major portions of the Republican Party and Neocon establishment. The ideas of such “conservatives” reflect, if not as boldly, the same long-range goals of the farther Left.

Of course, the election of Trump threw them off stride. The past ten months has been a continuous sequence of their efforts to either displace the new administration (by the hard Left and some Never Trumpers) or surround the president and convert him, or at least neuter his “blood and soil,” America First inclinations (Neocons and their Establishment GOP minions).

Who wins this battle, who wins this war, will determine the future of the Historic American Nation.

Dr. Boyd D. Cathey (Email him) holds an MA in American history (as a Jefferson Fellow) from the University of Virginia and a doctorate from the University of Navarra, Pamplona, Spain (as a Richard M. Weaver Fellow).  He writes a daily column titled MY CORNER, sent to those requesting it. This is adapted from his installment of September 22, 2017