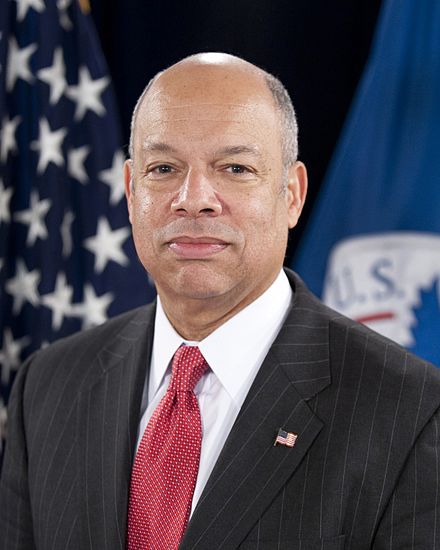 Dirty Harry Reid sabotaged the filibuster, and now the Democrats are running wild in Washington. Mark my words: We all will pay a price. Thanks to Reid's crony-coddling rule change, unqualified stooges will manage the Obama Department of Homeland Security. It's a bundler's world, and we're just living in it. God help us.

On Monday night, Senate Democrats voted 57-37 to end debate on the nomination of Jeh Johnson to head DHS. That's three votes short of the traditional 60-vote filibuster threshold that Reid nuked last month. Johnson went on to win his appointment by a 78-16 margin. The White House performed its Snoopy happy dance soon after, with President Obama declaring Johnson "a strong leader with a deep understanding of the threats we face and a proven ability to work across agencies and complex organizations to keep America secure."

News coverage instead stresses that  to hold the No. 1 position at DHS. Because, you know, diversity will keep us safe. Here's more you should know about Johnson: He's a lifelong beneficiary of the government/law firm revolving door, dating back to the Clinton years. In a recent interview with a legal website, Johnson cheerfully bragged that his initial "foray into national security was a fluke, really. The Clinton White House recruited me to be general counsel of the Air Force. I had no idea what the job was about, had never been in the military and had never set foot in the Pentagon."

Johnson counts among the "big breaks" in his life a fateful meeting with Obama in 2006. He went on to shovel gobs of money into Obama's campaigns and Democratic coffers. In 2008, this top campaign finance bundler served on the Team Obama transition team. Next, Johnson found himself—like the feather floating in "Forrest Gump"—appointed to the position of general counsel at the Defense Department.

He was "involved" in ending the military's "don't ask, don't tell" policy and reportedly "oversaw" the use of unmanned drone strikes in Iraq and Afghanistan.

White House aides claim that Johnson is a "respected national security leader." But respected by whom (other than Democratic fundraisers) the administration will not say.

Perhaps we might comfort ourselves if the No. 2 in charge at DHS had strong qualifications and a record on national security to compensate for Johnson's deficiencies. Sorry. As I reported last week, Dirty Harry Reid exploited the nuked filibuster threshold to ram through Alejandro Mayorkas' nomination as deputy DHS secretary. Mayorkas remains under investigation for a partisan cash-for-foreign-investor-visas scandal by the DHS inspector general's office, which itself remains under investigation for fraud and ethics violations that endanger national security. His appointment is expected to sail through the full Senate on Wednesday.

At DHS, adjudicators remain under pressure to rubber-stamp visa applications. Open-borders ideologues continue to push for administrative amnesty programs behind closed doors and in circumvention of congressional oversight. Three years after the death of Border Patrol agent Brian Terry, his colleagues are under siege inside and outside their agency. And whistleblowers are an endangered species.

The elevation of Obama's stooge donors to the two highest civilian homeland security posts in the country comes as both vote-seeking Democrats and big-business Republicans prepare for another illegal alien amnesty push next year.

As Dan Stein of the immigration enforcement group FAIR noted this week: "There is no mistaking the signals the president has sent to the American people. ... President Obama has called on the House to pass 'comprehensive' immigration reform, yet nominated an individual to head DHS who has zero immigration experience. Thus, it is clear the president wants the amnesty portion of such a bill, but has little or no intention of prioritizing any enforcement measures that might be contained in it."