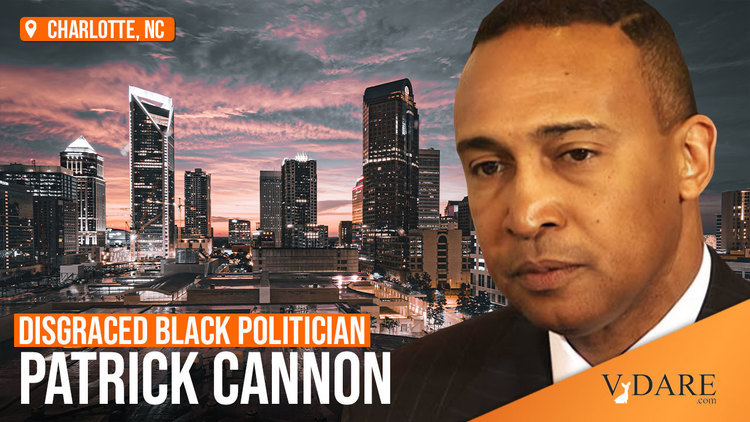 [VDARE.com Note: Michelle Malkin isn't responsible for the second half of the title above, or our decision to run photographs of all the accused pols. Rather than tell you which of them are minorities, it would be faster to say which are white: Gordon Fox, of Rhode Island, [UPDATE: Fox is (very slightly) black.] and Keith Farnham of Illinois. (Fox is gay, if that matters.) Also one of the five mayors mentioned in paragraph four is white: Bob Filner of San Diego. To quote  USA Today, "The challenge of dealing with minority officials who run afoul of the law is a pre-eminently Democratic problem..."]

Has Nancy Pelosi seen a newspaper lately? (Pro tip, hon: Like the Obamacare monstrosity, you have to read it to find out what's in it.) I'd love to see her face in the wake of the veritable epidemic of Democratic corruption now sweeping the country. Pelosi's blink count must be off the charts.

I'm going to make it easy on Pelosi and put all of the latest cases in one handy rogue's gallery reference list. But let's not be naive. It's clear to me that the Barack Obama/Eric Holder DOJ is clearing the decks before the midterms. Prediction: The FBI's GOP corruption shoe will drop right before the elections for maximum distraction and damage. For now, let's take stock of the jackassery:

Remember: Nancy Pelosi famously promised to "drain the moral swamp" and end the "culture of corruption." She cast herself and her minions as America's political clean-up crew. But once again, the culture of corruption boomerang has swung back around to smack Democrats in their smug mugs. The cynical Swamp Drainers just hope you forget it all by election time. Don't.