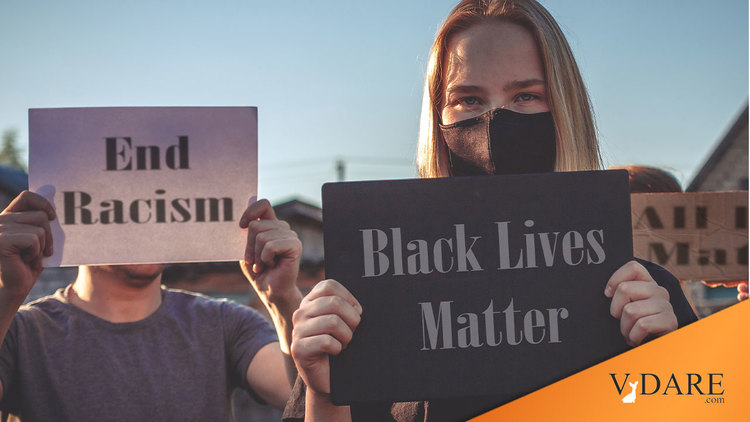 A Doctor Asks: So We Need Masks AND Illegal Immigrants? Time To End This Virtue-Signaling Scam!

Earlier by Barton Cockey: Women Are Taking Over Medicine—Not Necessarily Good For Them, Or Their Patients 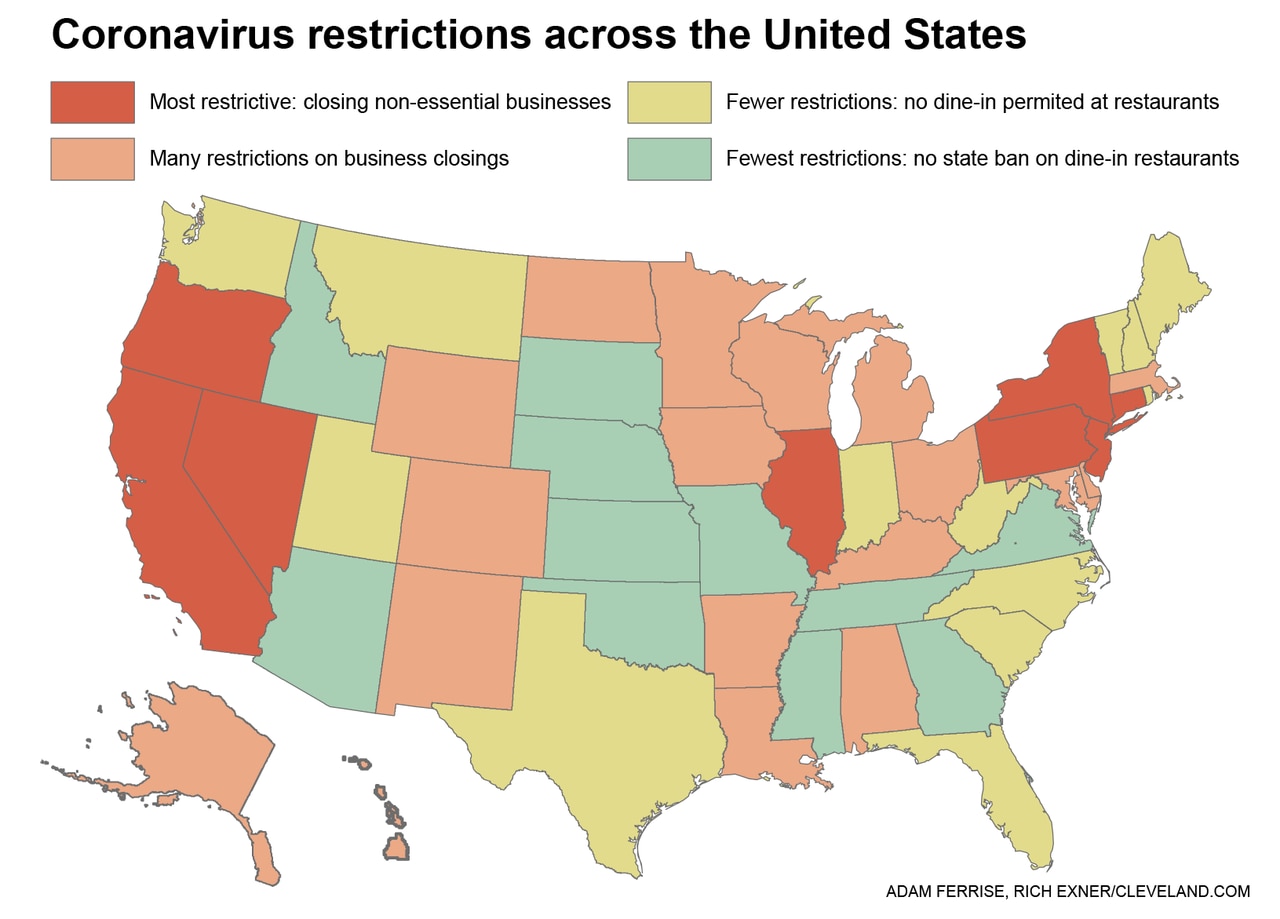 50 states of coronavirus: How every state in the U.S. has responded to the pandemic, Cleveland.com, March 21, 2020

Among individuals, the response was mixed; but my own observation was that many (but not all) on the Dissident Right suspected instinctively that the infection posed a far smaller threat than whatever Bill Gates and the globalists had in mind for us.

For Lefties, though, the alleged pandemic was a bonanza.

Dictatorial powers for governors! Recruitment of private businesses as enforcers of arbitrary mask mandates! Contact tracers and informers! Destruction of small, independent stores and restaurants! A beta version of the Universal Basic Income! Closure of meat packing plants! Restriction of travel! Maybe even a vaccine passport!

But best of all, the phantom plague offered a whole new opportunity for Virtue Signaling. The summer of 2020 brought out a blooming crop of conspicuous good-thinkers, standing in public squares with Black-Lives-Matter signs and hand-made face masks of colorful cloth.

And the beauty of the masks was that even if you weren’t waving a sign, you could show the world how really, really good and smart you were, just by flaunting your face diaper. 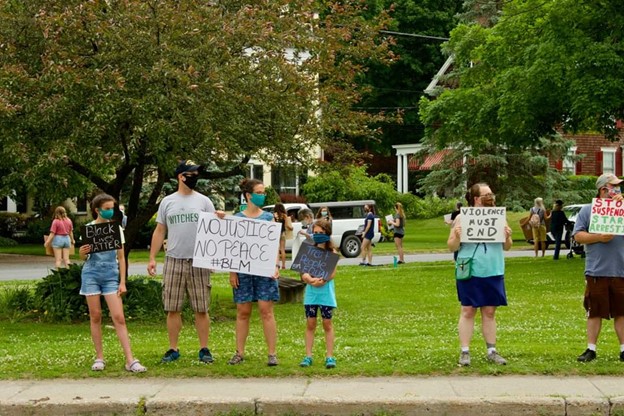 Alas, profligate minting eventually debases every currency, and the mask is no exception. Walk into a grocery store today, and you will see everyone muzzled up to the eyeballs. You just know that most of those people are covered up for the wrong reasons: selfish fear for their own health, dull obedience to the signs on the door, or tactical avoidance of confrontation with officious store clerks. How can a Leftist, amid all this mindless throng, stand out as ethically and intellectually superior?

Social media to the rescue! Admire the artistry of this Facebook post. The #becausescience hashtag is priceless. 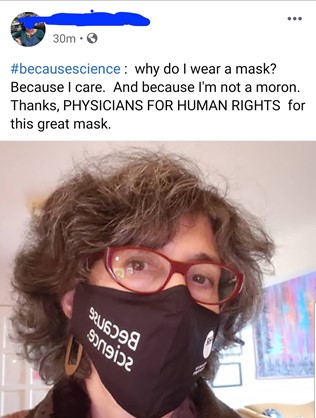 Because, you know, science is what the fact-checkers say it is. The Tech totalitarians have relentlessly suppressed any scientific dissent from the official line—which is that Covid-19 is a disease so uniquely dangerous that all normal rights and procedural safeguards must be disregarded.

The grateful shout-out to Physicians for Human Rights (PHR) sets the tone for anyone who might still wonder whether the masked woman is a genuine Social Justice Warrior. If you have guessed that PHR is not fighting to protect the Bill of Rights, you are correct. Are they concerned that vaccine passports would infringe on liberty? Not so much.

The real worry: whether people of color will be disadvantaged by not having equal access to the jab [How to Ensure ‘Vaccine Passports’ Do Not Magnify Inequities, April 30, 2021]. What are the organization’s four key goals for the first 100 days of the Biden administration?

As a doctor, I have to say that there does appear to be clear evidence that masks are not reliably effective against respiratory  viruses (or even against postoperative bacterial infections).

Of course, you won’t hear that from Physicians for Human Rights. But then, their idea of human rights advocacy involves suppressing the police and flooding the country with illegal immigrants. So their goals are more in alignment with the One World Order, Great Replacement agenda than with medical science or the Rule of Law.

For the rest of us, who are capable of doing our own research, living our own lives, and working to keeping America American, I say it’s time to throw away the mask and say no to the medical totalitarians and the phony Human Rights organizations.

Unmask, America—if only as an act of kindness to those thwarted virtue-signalers who have had to take to Facebook to prove how much they really, really care. Remember, having to explain a Virtue Signal is even more awkward than having to explain a joke.

Because in the end, it’s still not funny. 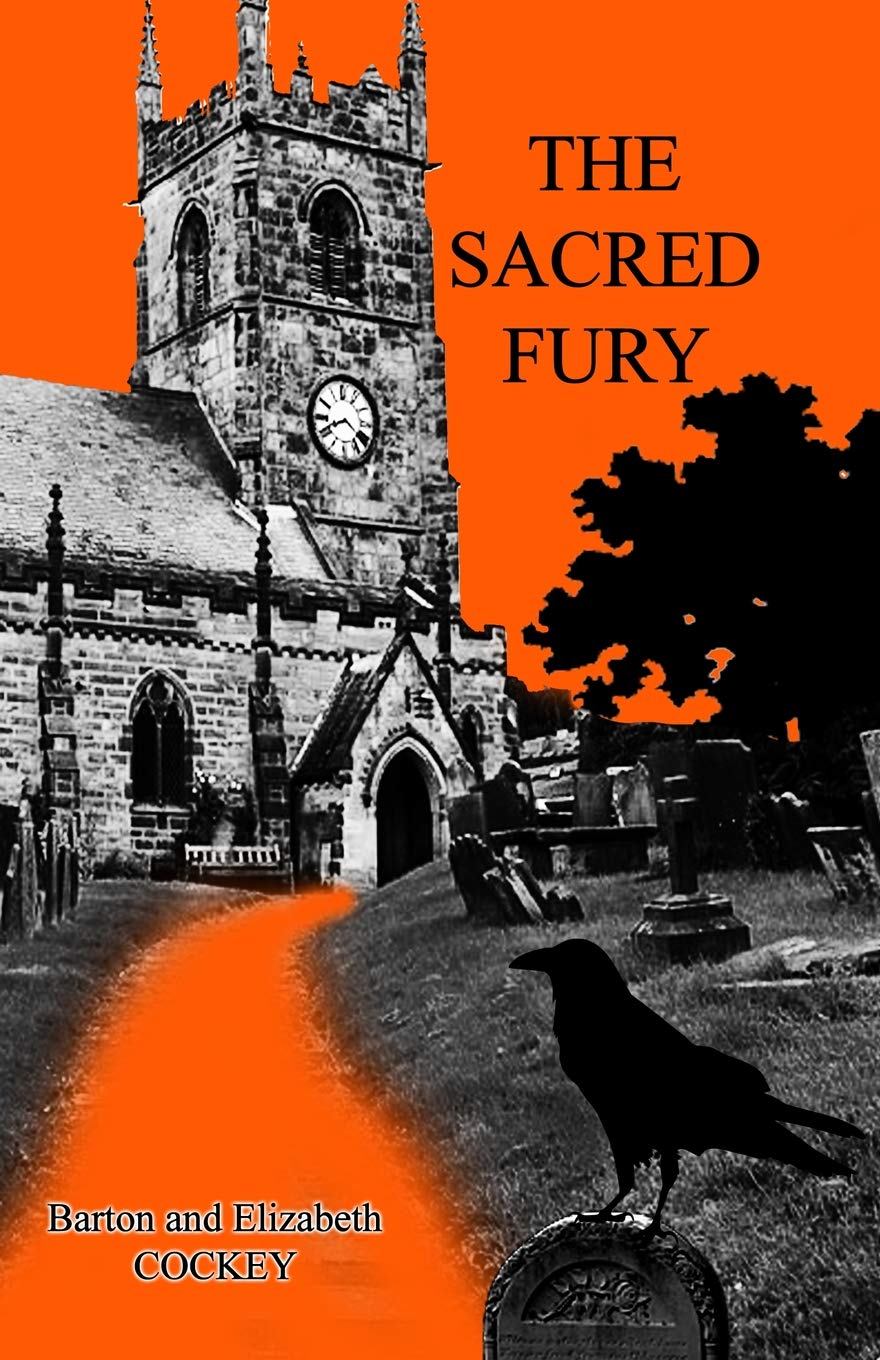 Dr. Cockey (email him) is a retired diagnostic radiologist. He does not claim any special expertise in virology or epidemiology, but he believes he can spot a hoax with better than random accuracy.

His last novel The Sacred Fury exposed some of the sinister workings of the forces behind the Covid psy-op but did not anticipate this remarkably effective gambit by the Dark Side. He is not offering medical advice, but he does not recommend experimental injections. Seriously, not.