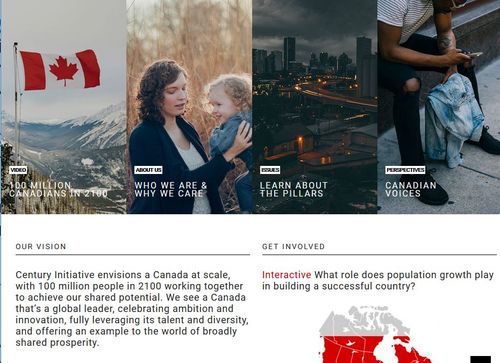 See also: The “Great Replacement” Comes For The QUEBECOIS DE SOUCHE (And Anglos Too)

A satirical poem by the maverick Leftist Bertolt Brecht, famously cited by VDARE.com Editor Peter Brimelow in his 1992 “Time To Rethink Immigration” National Review cover story, comments on the uprising against the East German Communist government in 1953. Brecht suggests that tyrannical state should “dissolve the people/ and elect another.” I doubt that Brecht could ever have imagined that his words would have the force of prophecy. But I’m afraid they do in modern Canada.

One of the Canadian elite’s strangest obsessions is the idea that the population of our country is not large enough. This odd idea was first floated in 1973 when developer Bruce McLaughlin published the book 100 Million Canadians: A Development Policy for Canada. And recently, under the federal Liberal (= Democrat) government’s patronage, a think-tank was established; and its main purpose is to find a way to make Canada a country of 100 million people by the end of this century. [Immigration: How a bigger Canada benefits us all, Tom Milroy, The Globe and Mail, October 10, 2016] 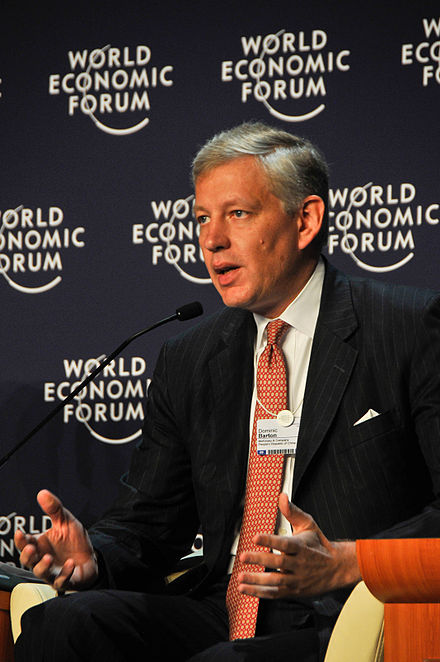 The so-called Century Initiative was created by the fourteen members of Prime Minister Justin Trudeau’s Advisory Council on Economic Growth. Their vision of a Canada with three times its current population is so remote from the concerns of ordinary people that it is hard to imagine anyone actually taking it seriously. [Influential Liberal advisers want Canadian population to triple by 2100, By Andy Blatchford The Canadian Press, October 23, 2016] But Dominic Barton, Canadian former global managing partner of McKinsey & Co., is the main exponent of this strange fantasy. And he claims to worry that without a much larger population Canada’s “relevance” will suffer.

Dominic Barton now lives in London, not in Canada. Trans-nationalists like him, and the real or aspiring Davos Set, have a weak attachment to the nation-state. They are often contemptuous of it in both theory and practice. They want to imagine a global community with one vast, borderless market, brushing aside the fact that such a community or market would inevitably be the creation of sovereign nations. [ Dominic Barton wants Justin Trudeau to think big about the economy. Will he? by John Geddes, Macleans, September 5, 2017]

Many, like Justin Trudeau himself, imagine that Canada is a “postnational state” with “no core identity, no mainstream.”[Trudeau’s Canada, Again, By Guy Lawson, NYT, December 8, 2015] For them, a high population means little more than more people to tax and cheaper labor, and therefore higher government revenue and corporate profit. For such people, Canada’s identity as an independent country, with its own languages, customs, and tradition of Parliamentary monarchy, are at best minor annoyances, and at worst impediments, to their vision of the future. Those who do not share that vision are reflexively denounced as racists and fearmongers.

(Similarly, Justin Trudeau’s Prime Minister father Pierre, although seen in English Canada as advancing the interests of the French-speaking province of Quebec, was in fact an anti-nationalist Man Of The Left who wanted a Soviet-style obliteration  of the identities of both English and French Canada.)

But a Canada with an extra 65 million people would be a fundamentally different place. Canada’s high standard of living, generous welfare state, and relatively peaceful pluralism have been by-products of a low, relatively homogenous population. Denmark, Sweden, Norway, the Netherlands, Australia, New Zealand, Switzerland, and Finland, have similarly high standards of living, income equality, national happiness, and so forth, and they all have populations comparable to, or lower than, our own.

But even by their own logic, the Trudeau Liberals are getting immigration wrong. One of the main things that the previous Conservative government of Prime Minister Stephen Harper got right was the emphasis on selecting potential immigrants who were already qualified to work in Canada. Some 67% of overall immigration under Harper was economic and mostly high-skilled—an orientation President Trump has repeatedly said he wants to import into U.S. immigration policy. But under Justin Trudeau, this figure has fallen to about 50%. This means that “refugees” and “family reunification,” and other so-called humanitarian forms of immigration, have been vastly increased. The idea that there is, or could be, some economic benefit here is completely imaginary.

Apart from this, one of the big challenges with Canadian immigration is where to settle new immigrants. The Canadian Charter of Rights and Freedoms guarantees freedom of movement within Canada. So no-one can be compelled to stay in a particular place. Most immigrants naturally move to the big cities of Montreal, Toronto, and Vancouver, where the Liberals confidently expect them to join forces with the urban Liberal-voting elite. So in a country of 100 million Canadians, this means cities of 10-20 million people.

The problem with this should be obvious. Canada’s major cities, and their hinterlands, are already congested and expensive. Infrastructure, such as public transit, has barely kept pace with population growth as it is. Toronto and Vancouver are now two of the most expensive places in the world to live, and property values have been grossly inflated, partly because of a huge influx of foreign money.

Perhaps this is why the Trudeau government has just revealed another part of their vision of the New Canada: a pilot programme aims to settle immigrants in rural areas, ostensibly to fill labour shortages and skills gaps.

Many Canadians will struggle to understand why the Liberal government neglected to encourage other Canadians to fill those needed jobs — especially when there is a history of success in doing so.

There is, for example, a long-standing problem of seasonal unemployment in Atlantic Canada where fishing is the major industry, and workers often travel westward to Alberta to work in the oilsands in the off-season. But such inter-provincial cooperation may soon be a thing of the past.

Canada’s young and aboriginal population are chronically underemployed, and this new immigration policy will make a bad problem even worse.

However, I think there is a more sinister motive. The prospect of a huge influx of foreigners driving down the cost of labour and pricing Canadians out of the market is bad. The cultural and linguistic changes entailed might be even worse. But I suspect this will not bother the Liberals. The Trudeau government  thinks that a new population of immigrants will be entirely beholden to, and dependent upon, the Liberal Party. This new population will overwhelm the Conservative rural base outside major cities, and assure a loyal Liberal constituency for some time.

Will the Liberals succeed? Will Canada become a country of 100 million people that only elect Liberal governments? There are reasons to be seriously worried.

But, frankly, I find it hard to believe that Trudeau’s vision of Canada has enough widespread appeal to be successful. I think there is a limit to public tolerance of manipulating our immigration system. A 2018 study by the Angus Reid Institute found that 50% of Canadians wanted immigration reduced, and only 6% wanted the numbers to go up. [Immigration in Canada: Does recent change in forty year opinion trend signal a blip or a breaking point? AngusReid.org, August 21, 2018]The Trudeau government, and its bizarre goal of 100 million Canadians, is  very remote from mainstream opinion.

The lesson of German Chancellor Angela Merkel’s immigration policies proves that there is only so far the public will be pushed before there are serious political problems. The European migrant crisis has overthrown, or nearly toppled, several governments, and now Merkel is little more than a lame duck.

The next Canadian federal election in about nine months away. As his father did, Trudeau junior may well get a second term but with a much-reduced minority government. Or worse, if the opposition parties have the nerve to, well, oppose.

But if the Liberals lose, it will be in large part because of the mess they have made of our immigration system.

Aurelius Victor [Email him] is one of 36.71 million Canadians...as of today.