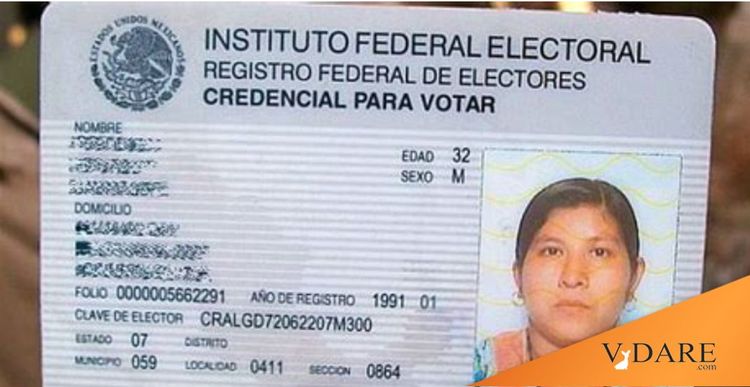 You Want To Know Who Has Voter ID? Mexican Illegals—And Everyone Else In Mexico

Virtually all countries outside of the U.S. require voter ID in order to vote. I cannot tell you how many times I’ve arrested illegal Mexicans who had their voter ID on them. I must have seen hundreds over the course of my career. The Agents who were assigned to the southern border would have seen thousands by the time they retired. Virtually every single Mexican adult had theirs with them. 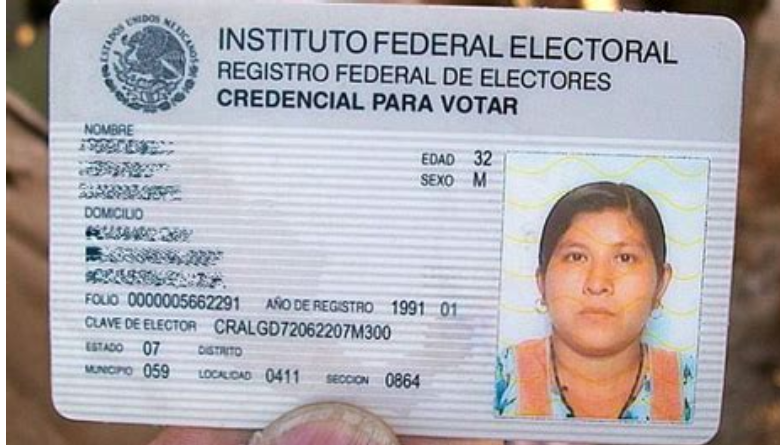 This is what they look like, or, at least they used to. I don’t know if they’ve changed them over the years.

The fact that the United States is the only country that does not require it is suspicious to say the least. The excuse that it discriminates against minorities is laughable.