Yes, Politics is a Parlor Game For Whites—But It's Becoming Less So Every Day

Years ago, at an American Renaissance conference, speaker Sam Dickson responded to the oft-made claim by conservatives that blacks are unwitting dupes of the Democrats, and that they'd be better off splitting their vote in order to get the attention of both parties.

Not so, said Sam.  Blacks are correct to vote as a block for Democrats.  It's the only way for them to exercise any real power.

If only whites were as wise, he lamented.  We did then—and continue to—split our vote between the Republicans and the Democrats.

In the years since, I've observed the truth of this, and how frivolous we as whites can be about our political views.

Husband is a Republican, and wife is a Democrat—so they don't bother voting because they'd cancel each other out.  Isn't that cute?

Across white America, you'll have Uncle Steve, the Trump guy, arguing with mom, the Hillary supporter, at Thanksgiving.  Whites tuck in to global warming, veganism, feminism, gun rights or whatever other issue as ways to emotionally satisfy ourselves—and in ways that have little do to with immediate reality. 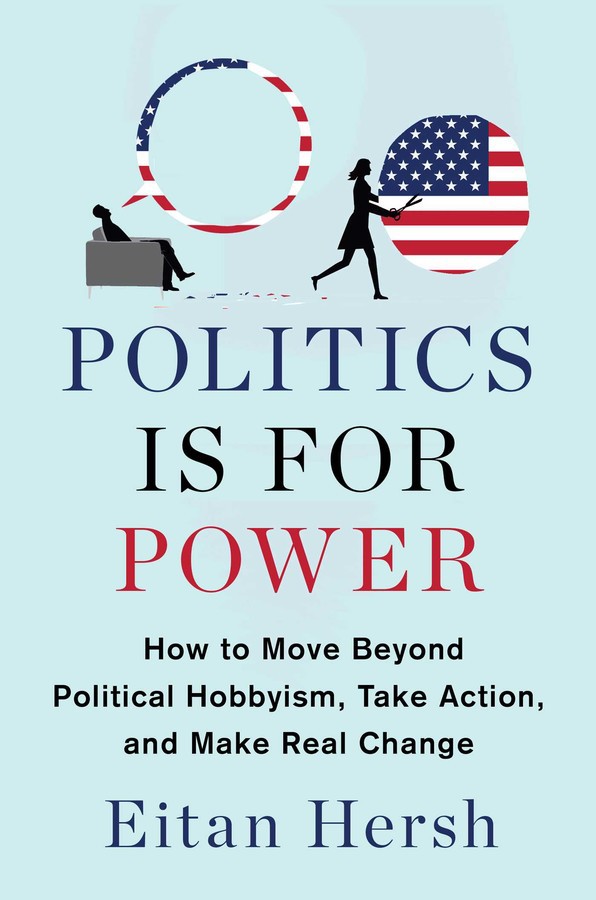 Now, Eitan Hersh, a Tufts political science professor coming from a pronouncedly left/Jewish perspective, has a book out addressing the issue, Politics Is For Power,  which he’s writing about in The Atlantic.

His conclusion—that whites must throw themselves into the fight for equality—is of course wrong.

But the primary analysis is sound.

What explains the rise of political hobbyism? One important historical explanation is the culture of comfort that engulfs college-educated white people, a demographic group that is now predominately Democratic. They have decent jobs and benefits. There has been no military conscription for some 50 years. [Political Hobbyists Are Ruining Politics, January 20, 2020.]

To this I would add that whites have been—and still are—in the majority in a way that makes politics more abstract for them.

But as whites find themselves falling into the minority, being squeezed from education and employment, subject to violent crime, forced to live in ever-encroaching multiracial squalor, unable to speak freely and denied the same voting power as in years ago, this will start to change.

Politics for whites, as for other races, will become more about life and death.