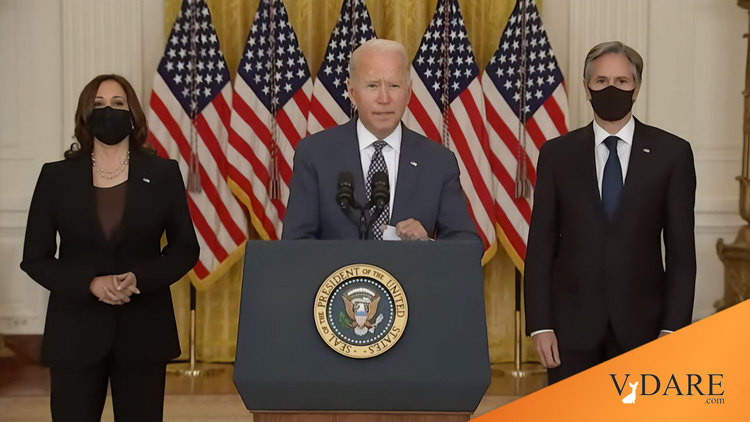 In my July Diary, riffing idly off the name of our Secretary of State, I recalled the old children's ditty "Wynken, Blynken, and Nod." Plainly the last two names 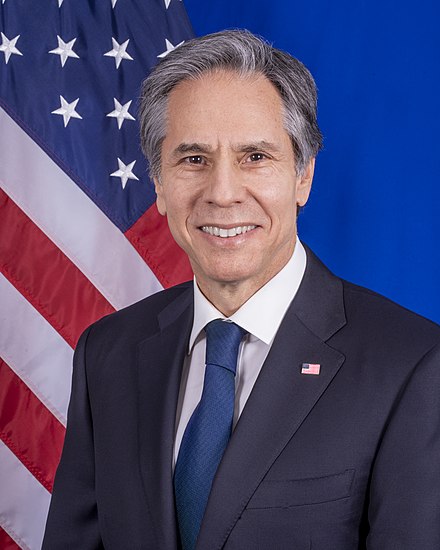 there were premonitions of our current S.o.S. (Anthony Blinken, right) and President. Of whom was Wynken a premonition, though? My guess:

I favor the sinister apparatchik Merrick Garland, our current U.S. Attorney General. Comrade Garland doesn't actually wink when addressing us, but neither does he do a very good job of concealing the subtext of his remarks: You know what I'm trying to do here. I don't need to spell it out, do I?

Now, following Biden's speech last week, where he was flanked by Kamala Harris and Secretary Blinken, I realize my error. Wynken is actually Vice President Harris. I didn't actually catch her winking, but I bet she was winking to herself inwardly.